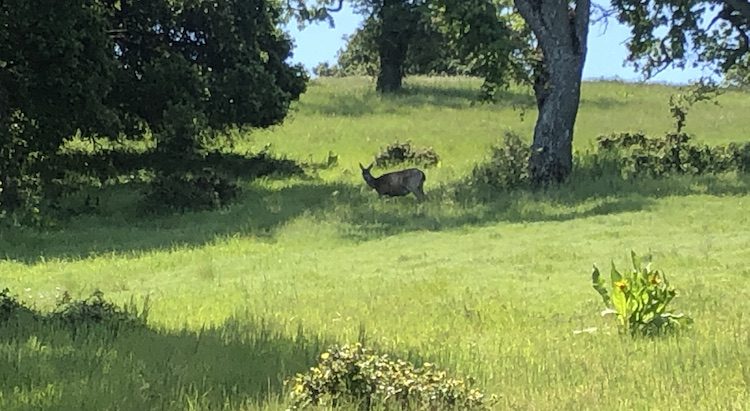 But I also dread it because Beltane has become divisive and many feel it’s not as inclusive as the other sabbats, a stance I agree with. Our circles should always be welcoming places and they should represent the entirety of human experience. I want circles that tell ALL of our stories, and have a place within them for everyone. Limiting Beltane to a few tropes: human fertility, Maiden Goddess, Young Horned God, does not accomplish this.

Beltane’s overwhelming focus on fertility in much of the Pagan Community is both troublesome and completely understandable. If you live in a place where Winter lasts long into March or April, early May is a feast of smells, colors, and returning life, it’s hard not to celebrate that rebirth and the fertility that makes it possible. But Beltane was not originally a fertility festival, and even the earliest architects of the Pagan Revival didn’t frame it completely that way.

Many Pagans like to pay lip-service to the original versions of Beltane, Imbolc, Samhain, and Lughnasadh, but the truth of the matter is that we don’t know much about them. The Irish-Celts didn’t celebrate Beltane with maypoles and couplings in the woods, they celebrated it with fire. And that fire was used for purification and to protect cattle and cereal crops against disease and fairies who were thought to turn milk sour. There’s nothing about human fertility in there at all. 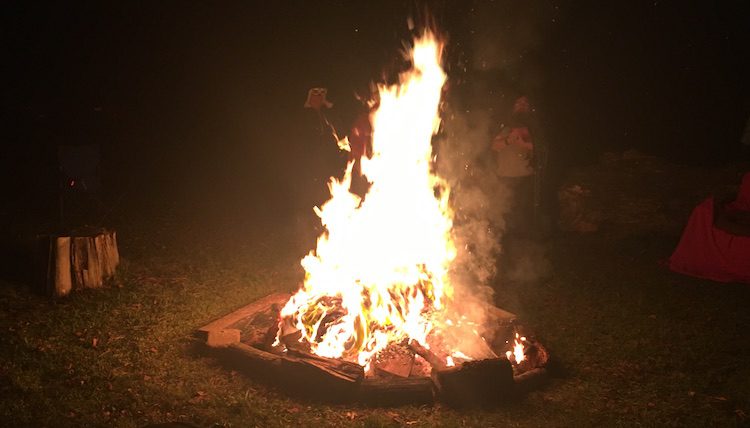 Many of our ideas about the sabbats come from Sir James Frazer’s multi-volume work The Golden Bough, but his Beltane is surprisingly close to the original. He writes of it as a fire-festival, and somewhat upsettingly, as a time when ancient Celts most likely practiced some sort of human sacrifice. There’s nothing sexy about Frazer’s Beltane, and even his discussions of the maypole are relatively free of the suspected sexual innuendo and simply feel celebratory.

That would change with the publication of Robert Graves’ The White Goddess in 1948. Graves writes of “May Day” as a date “famous for its orgiastic revels and its magic dew . .” Graves’ work was never meant to be taken as scholarly, but it’s hard not to get swept up in its pseudo-scholarly tone and poetic beauty. It’s not surprising that Graves interpretation of the day had a major impact on the Pagan Witchcraft that was slowly emerging in Great Britain.

Just ten years later Gerald Gardner (the world’s first-modern-public-Witch) in The Meaning of Witchcraft (1959) would write of Beltane both ways, emphasizing its origins as a fire festival:

“May 1st was Bealteinne (Beltane) two great fires were lighted by the Druids on each sacred hill, and the cattle were driven between them as a preservation against sickness.”

Gardner follows that up by splitting the difference between the two interpretations of Beltane by including a bit on Robin Hood and Maid Marian as the May King and Queen representing “the old god and goddess of fertility. Their marriage and union were believed to magically assist the crops.” 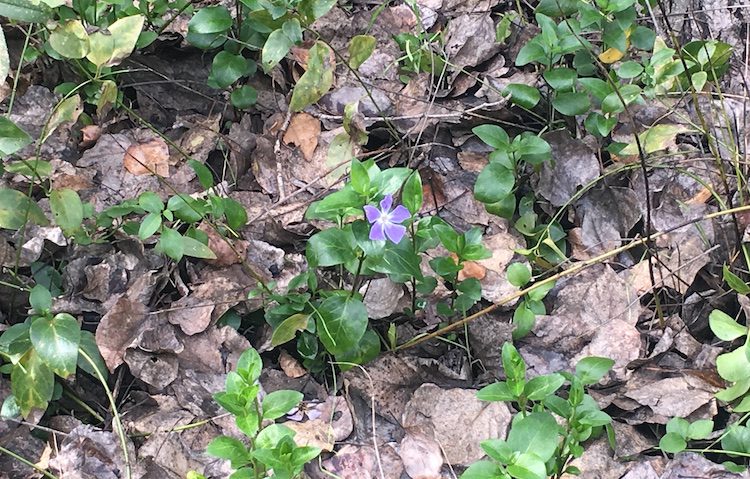 Nineteenth Century interpretations of May Day traditions haven’t helped much either. Maypoles were never phalluses, and such conjecture only really became common towards the end of the 19th Century. Why can’t people simply enjoy being outside playing a game or two? Why does it have to turn into a twelve foot tall penis? I can think of better things to dance around.

So what’s the point of all this historical back-tracking? To point out that Beltane was not always the holiday where the young God “desires the Goddess” and “they fall in love, lie among the grasses, and blossoms, and unite” with the Goddess becoming pregnant. (All that in quotes is from Cunningham’s Wicca: A Guide for the Solitary Practitioner). That’s all a rather modern gloss on a truly ancient holiday, whispers of which have survived into the present day. 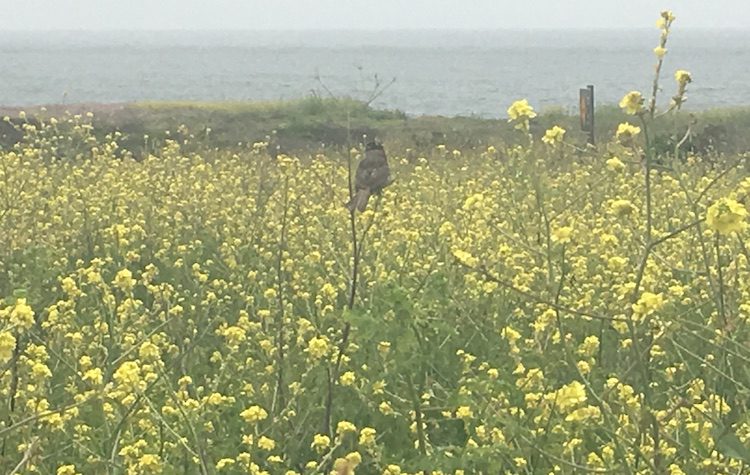 What’s a Witch to do? I don’t believe that it’s helpful to throw out every trope related to fertility at Beltane. What needs to be re-examined is how we view that fertility. The word “fertile” is about more than just having human children. It’s about creating new ideas and plans, providing a foundation for revolutionary thoughts, and maintaining a world that is alive and green for future generations. These are all examples of fertility that are inclusive no matter one’s gender identity, or lack thereof.

Creation on this planet and in this universe is a multi-faceted thing and is not reserved to just penises and vaginas, and it’s all worthy of celebration. Worlds are born when gasses and space dust collide, and wonders like the Grand Canyon are shaped by wind and water transforming rock. If one feels that creation is simply about making babies, they aren’t paying attention to the much bigger picture around us.

I’m a big fan of going through the motions of human procreation, but it’s not the only kind of sexuality that should be celebrated in our circles. Anything consensual that brings pleasure to those I love is worthy of celebration, and I believe that the deities I honor experience all of it. My Horned God is not limited to heterosexual sex. My Horned God is gay, straight, bi, trans, doesn’t always conform to established ideas of gender, and is most certainly sometimes asexual too. 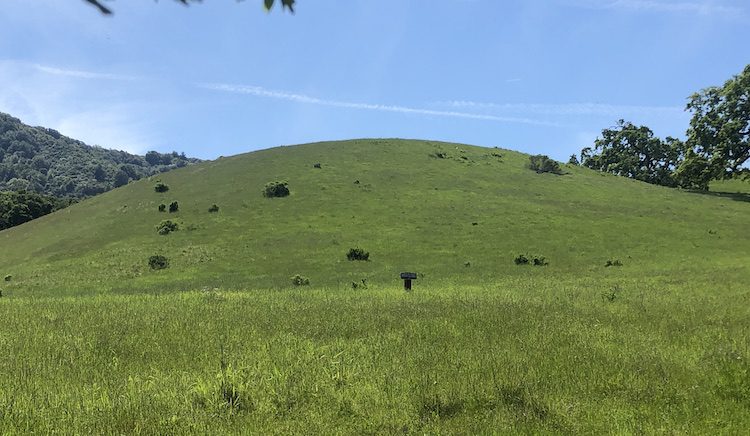 And you know what? Overtly sexual celebrations are sometimes inappropriate at certain rites, and we should be able to accept that, and not feel as if someone is “trying to ruin Beltane.” (Yes, this is a thing that sometimes comes up when the tropes from the 1970’s are removed from Beltane.) No one is fundamentally changing Beltane by creating rituals that better reflect all the people in our circles. If someone thinks Beltane has to just be about male/female sex they are either being willfully ignorant or have a heavy pair of blinders on.

Yes, Spring is full of green grasses, cherry blossoms, and flowering jasmine, but things bloom and grow from April through October. Beltane is certainly an awakening, but life stirs in nature’s cauldron year round, not just in early May. Only exploring rebirth and fertility at Beltane is a poor reflection of how this world works, and limiting Beltane to the trope of divine heterosexual union is a poor reflection of all the people who inhabit our circles.

Want to celebrate the fertile earth at Beltane? Go right ahead, but do so with a broader understanding of just what fertility is, and celebrate in a way that widens the circle instead of shrinks it. Want to cherish and honor Beltane? Understand its past and incorporate that into your rites as well instead of just focusing on modern tropes. Beltane is what we make of it, and I think we can make it the inclusive and accepting sabbat I believe it to be. 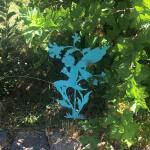 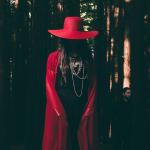