So you want to be a Pagan blogger? It’s not for everyone, but if you are going to do it there are some things you should know. I’ve been doing it here on Patheos Pagan since 2012, and I’ve learned a few things over those seven years.

Couples often have their own language. For Ari and I that language is mostly a series of Simpsons, King of the Hill, Futurama, and Anchorman quotes. But every once in awhile, one of us mutters something that gets added to the lexicon. In the Summer of 2016 I uttered the phrase “Nobody cares” and for whatever reason that phrase has stuck with us. It’s a phrase we say to each other when one us has rambled on for too long, and it’s a phrase I want to say to most bloggers.

I’m a rather successful blogger by the standards of Paganism, but 50% of what I write is met with a shrug or polite indifference from most readers. That’s the reading universe telling me that “Nobody cares Jason.” It generally takes a talented (or at least very opinionated) writer to garner a lot of page-views on a Pagan blog, but when several thousand people read what you write, the majority of them don’t care about you the author, they simply care about the content.

It’s generally not about the writer as much as it is about the article. Most people don’t give two shits about Jason Mankey, they want to read 8 Things To Do At Your Next Sabbat, or argue with you about whether or not Wicca is a nature religion. The star of my blog is not me, it’s what I write.

As I write this I know I’m being a little bit too harsh. There are people who care, and there are probably people who read everything I write. And that’s all extremely gratifying and I’m genuinely thankful for it. I owe this little blog a great deal, but the great majority of people just don’t care. I think there are probably two million Pagans in the United States, maybe half a million of them regularly read online content, and the number who read particular blogs declines sharply from there. There are people who care, but they are a fraction of a much bigger whole.

Most Bloggers Do It Wrong (Assuming They Want To Be Read)

There are people who write online simply because they like writing. I think that’s great, but I’m guessing that most people who start a Pagan blog do so with the idea that they want others to read their writing. It’s hard to tell sometimes, but there are small things a blogger can do to increase their reach. Some of thees things are obvious, and others less so, all I know is that the great majority of people don’t seem to do them.

When you visit a news website you probably click on the articles with the best headlines, Pagan blogs are the same way. I’ve read some great articles online over the years that just have terrible titles. If your article is about magick, polytheism, or Witchcraft it makes sense to include those terms in the headline. Headlines should clearly convey what the article is about, or at least shed some light on it.

Titles look better when they are treated like the titles of books. This means capitalizing most of the words in the article’s name. Most UK bloggers don’t do this so I assume it’s not done much there, but if you are writing for a global English reading audience, you should go where the most people are, which is the United States. I know my country has ruined all sorts of things, and maybe this is the next one, but using capital letters makes things look more authoritative.

Want your article to be noticed on social media? Then it needs some pictures to go with it. If you are writing for Pagans then the pictures you use should appeal to Pagans. That’s not as hard as it sounds either. Deities, your altar, a spell, old woodcuts, paintings, photos of the natural world . . . all that works pretty well. What doesn’t work well is a picture of a sandwich. (Seriously, I’ve seen that.)

And you should just use a picture too, nothing with words on it. Most people are reading on their phones these days and aren’t going to be able to see your tiny text now anyways. Also, while you might think you are photogenic, unless you are a professional model or simply in full-on Witch mode, most people don’t want to see a picture of you. Every once in awhile I’ll spot a Pagan article on social media where the picture that accompanies an article is simply a giant photo of the author’s head. It’s generally not enticing.

You are probably better off with a blog that links to something larger than your little corner of the world. Like attracts like after all, and if your blog is all alone on the internet it’s likely to remain that way. Not everyone can blog at Patheos Pagan, but if you have a store or other online site, you can at least hook your blog up with that. Many of the more successful Pagan bloggers away from sites like Patheos have websites with a lot of stuff on them, that’s a good thing!

Summarize Your Article When Sharing It

If you want people to read what you write, you should be able to provide a summary of it for interested readers. You don’t want to just share your article on Facebook, you need to include why people should bother read to it. Writing “here I wrote this thing” is not making a case either, your summary should be reasonably short and sell the reader on spending four minutes with you. If you go to the Patheos Pagan Facebook page you’ll see a summary with every article. Not all of them are great, but most of them are at least adequate.If you are sharing articles on Reddit, Twitter, or even Instagram you’ll want to do the same thing too.

If you find yourself unable to summarize your article, pick the best sentence or two from your article and go with that. When putting together a summary avoid third-person speak such as “High Priest Andy Stinkford shares his thoughts on why casting spells in a cauldron is silly.” Remember, “nobody cares” so unless you are Silver Ravenwolf or Starhawk no one knows who you are.

This doesn’t mean everything you write has to be a listicle, or that you should always appeal to the lowest common denominator, but there are certain types of articles that people just don’t care about. When I started blogging here I thought I’d spend a lot of time writing about rock music and the occult. No one read those posts, so I stopped doing it.

I also used to write a lot about the Pagan Festivals I visited, again, no one read those posts so I stopped. If I write about a festival now, I disguise my intentions by opening up with a 500 word prelude about something else that’s still somehow connected to where I just went. Is this somehow dishonest? I doubt it, mostly because no one has ever called me out on it. People can always stop reading when they get to that part anyways.

What did people seem to want from me? Stuff about the sabbats, so I obliged. I still write things that I know only a few people are likely to read, sometimes you just want something out there regardless of the indifference it’s likely to receive, but I do it less often than I used to.

Consistency is Necessary (At Least for a While)

If you are going to write a blog, you have to write a blog. Articles won’t magickally appear if you aren’t writing them. Writing consistently is the hardest thing to do when it comes to blogging, especially early on and then again after a few years. No one becomes the next Mat Auryn by not writing. When Mat started blogging he worked his ass off and wrote things people wanted to read. That’s how you get readers.

I’ve had a lot of people come to Patheos over the years who just expect that their numbers will match John Beckett’s right out of the gate. That just doesn’t happen. You have to put in the work.

Today, I don’t have to write nearly as much as I used to in order to attract readers. A lot of my old blog posts do it for me. You can’t be successful until you’ve been blogging consistently for a least a couple of years. Once that happens you’ll probably find yourself slowing down a bit, there are only so many things one can write about anyways.

Have a Thick Skin (And If You Are Pissing People Off, You Are Probably Doing Something Right!)

Writing is not for the faint of heart. People will not only hate your content, they’ll hate the way you write, and they might just hate you for having better hair than they do. People will get angry with you because they think your blog is a news outlet and you aren’t writing about what they think is important. (Newsflash: my blog is not a news outlet.) People will hate how you define words like Pagan, Witchcraft, and magick. It’s possible that people will argue with you just for saying the sky is blue.

Writers generally want a reaction out of readers, and hatred is at least a reaction. If people are complaining about what you’ve written it’s likely that they’ve at least read the headline, and some of them might have even read the whole thing. Any reaction is sometimes better than no reaction. I’ve met a lot of Pagan bloggers over the years simply because lots of other people were complaining about them. A few of them are among my favorite writers.

I find 95% of the Pagan Community extremely supportive. I don’t feel like I’m in a competition with my fellow authors or writers, and I genuinely believe that most people have something to offer. However, there’s 5% of the Pagan Community that seems to hate everything and find delight in tearing others down. Those are the people who are going to make you feel like crap after pouring your heart out, but between you and me, I think those people feel like crap all the time! Just be glad you aren’t that miserable and enjoy the beauty in your life. 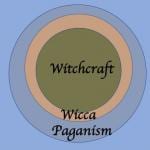 August 14, 2019
Paganism & Witchcraft Are Not Venn Diagrams
Next Post 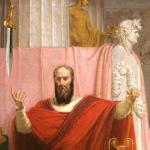 August 29, 2019 Of Course Paganism Makes Me a Better Person
Recent Comments
0 | Leave a Comment
Browse Our Archives
Follow Us!