Immigration and the Health of a Nation 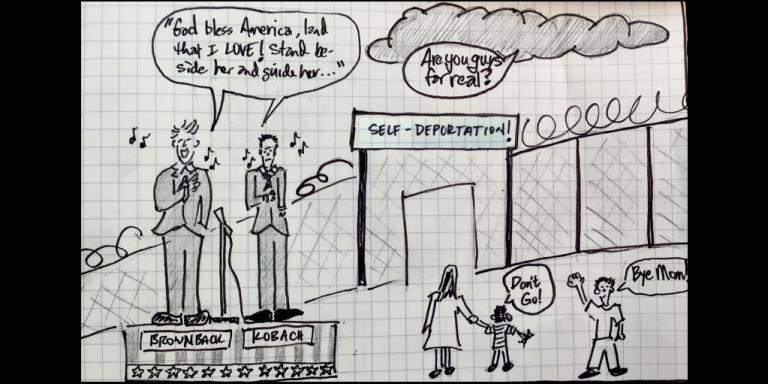 I was reading some Eugene Peterson this week, and ran upon a section in which he talked about how we assess the health of a nation. He said, “We measure the health of our nation and the success of our lives in terms of per capita income and gross national product.” (Working the Angles) The book was written 25 years ago, and nothing has changed. Add the Consumer Price Index, Dow Industrial Average, S&P 500, Consumer Confidence, Employment statistics, and you are hitting most of the levers for the average person.

Christians (especially my tribe, the evangelicals), love to whip out metrics involving certain moral issues like abortion, gay marriage, the right to bear arms, and low taxes. They say that’s how we should assess the health of a nation.

According to the scriptures, however, one of the primary metrics God uses to assess the health of a nation is hospitality. How do you treat the least of these? The scriptures are replete with commands to love enemies, care for strangers, and welcome aliens. My favorite is Leviticus 19:33-34, “When a foreigner resides among you in your land, do not mistreat them. The foreigner residing among you must be treated as your native-born. Love them as yourself, for you were foreigners in Egypt.”

When God judges a nation or people harshly, more often than not, it is not because of their moral failures—sex, drugs, and rock and roll—but their failure to be hospitable to the vulnerable. “Now this was the sin of your sister Sodom,” the prophet Ezekiel says, “She and her daughters were arrogant, overfed and unconcerned; they did not help the poor and needy.”

Which brings me to immigration. In Kansas, where I live, Governor Sam Brownback and Secretary of State Kris Kobach are both outspoken Christians. Both of them love to be seen in public acting in patriotic ways. Their rhetoric is sentimental if not idolatrous in terms of their regard for the nation, democracy, states rights, and the state of Kansas. They claim to do everything they do for the good of the nation or state. Yet they do everything within their power (in Kobach’s case arguably exceeding his power) to hurt the immigrant. One Kobach quote puts a fine point on it: “If you really want to create a job tomorrow, you can remove an illegal alien today.”

I can only imagine God’s disgust when he sees Brownback and Kobach sing “God Bless America” then turn around and treat the immigrant as a scapegoat, attacking the least of these with brazen callousness.

You want to know whether the arrow is pointing up or down for our society? Here’s your leading indicator: How do we treat the poor? The immigrant (legal or not)? Do we elect leaders who will do anything to increase our consumeristic zeal and lust for cash? Or do we elect leaders with the vision to help us become less focused on wealth production and consumption, and more focused on the flourishing of the most vulnerable among us.

With all due respect, Governor Brownback and Secretary Kobach no doubt believe they are leading their state in the right direction. But they seem to be blinded to the ways in which their political ideology and fears have usurped their commitment to Christ. They are tanking the health of the State of Kansas, and they are marching lock step with those who are doing their best to tank our entire society. They are on the wrong side of immigration. 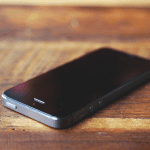 March 11, 2015 10 Questions for the Only Pastor I Know Who Doesn't Have a Cellphone
Recent Comments
14 Comments | Leave a Comment
"I have searched through explanations of post-liberal theology, and so far, they all focus on ..."
David Zwakenberg Postliberal Theology for Dummies (like me)
"the early church was socialist communalism. matt 19, luke 18: you lack one thing, go ..."
Isa Kocher What About the Real Problems that ..."
"Look at that sparkling star at the last panelGi.657JW.US/UX5071Fx"
Narayan The Unacknowledged Reason for Putin’s War
"But awwwwwwwW.657KW.US/O5071m"
emaraldragon The Pandemic & QAnon are Ruining ..."
Browse Our Archives
Related posts from Paperback Theology 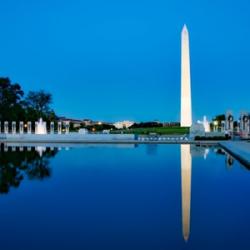 Casually Authoritarian Language in Church (or, Don’t Tell...
I’ve begun to notice some of the casually authoritarian language people use...
view all Progressive Christian blogs
What Are Your Thoughts?leave a comment