Dear France: Don’t Make the Same Mistake We Did 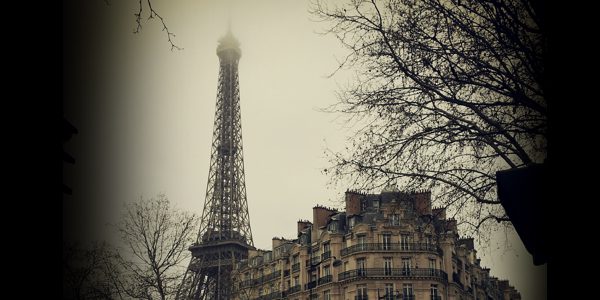 Why the Language We Use about Terrorist Attacks Really Matters.

My heart goes out to the people of France, especially the residents of Paris. When faced with such unspeakable violence and barbarism humans cannot help but experience a visceral loss of our sense of security. The fear resulting from such a loss can send us straight into our limbic system, and it’s fight, flight, or freeze. America came out fighting. Will France have the discipline to choose an alternative response?

In the wake of 9/11 theologian and ethicist Stanley Hauerwas pointed out that President Bush and American leaders made a massive tactical mistake in terms of the language they used to describe the attacks. They called it an act of war. But it wasn’t war. It was murder.

I see the leaders of France making the same mistake. This was not an act of war, this was cold blooded murder. Those who planned and executed the attacks are not warriors. They are murderers. The moment you call an act of terrorism an act of war you give the perpetrators of such violence exactly what they want. You elevate them to a status far beyond what they deserve.

This was not an act of war. This was an act of murder, and great nations don’t go to war because of murder.

Turning a plane load of civilians into a smart bomb is not an act of war, it’s an act of lunacy. Turning the peaceful public sporting events, concerts, and restaurants into bloodbaths is not act act of war, it is an act of madness. When Americans adopted the language of war in order to describe the hijacking of airplanes and flying them fully fueled and loaded with people into buildings, we normalized that behavior, categorizing it as collateral damage in this horrific thing we call war.

I beg the people of France not to make the same mistake America did. When America adopted the language of war it initiated not one, but two wars at the cost of trillions of dollars and untold lives, not to mention a massive financial recession. The major result of those wars was the creation of ISIS, the organization now taking credit for planning and executing the violence in Paris. Our strategy of war has not been very effective in terms of quelling global terrorism, and it has eroded all of the goodwill we experienced after 9/11.

Call terrorism an act of war and you unwittingly surrender the high ground. Call it murder, and you name these acts and their perpetrators much more accurately. Call it murder and you can still promise to hunt down the murderers and bring them to justice, but this time you can say: we refuse to stoop to your level. We could bomb you into oblivion but we wont, because we’re better than that. We will not become murderers like you. We refuse to seek revenge and retribution, and the world will see our true colors. We promise to bring these murderers to justice, but we refuse to join the ranks of ordinary nations by acting rashly.

Nations have already begun to rain down bombs in response to the violence in Paris. If you continue down this road and let slip the dogs of war I can promise two things will happen.

First, you will find out that going to war with radical Islam will not make you safer, and it will not make you happy. You may get a momentary buzz of actually doing something in response, but the euphoria will be replaced by the cries of mourning as your sons and daughters are lost to war. War will never satisfy the longing you have right now, because what you long for is peace, and the road to peace only comes through forgiveness.

Second, you will find that once you go down the road of war with radical Islam, you cannot control the outcomes. You can have the most powerful military, the best strategy, the greatest leaders, and the most virtuous intentions in the world, and you still won’t be able to determine outcomes to your satisfaction. War in the Middle East will always go sideways because the West has more to lose. Desperate poverty makes for a dangerous enemy. Those who fight wars on terror will invest more and more money, relational capital, and lives with very little to show for it in the end. The only way to vanquish this enemy is to make them a friend. If France will have the imagination and discipline to pursue peace with as much creativity and vigor as the U.S. pursued war, they may well lead the way to a better future.

Compared to France, America is still a relatively young nation. We made the mistake of youth. We responded to our tragedy by calling it war instead of murder. Maybe, if we had the discipline to call it murder, we would have more quickly heeded the wisdom of leaders like Martin Luther King, Jr. who said,

To the people of France I say: you have the benefit of maturity and many more centuries of experience. I urge you not to make the mistake of youth. Don’t call it war. Call it murder. Don’t try to murder murder. The only way forward is for France to do what America was unable to do: find the high road, and take it. Find a way to forgive. If you don’t, you only have yourselves to blame. If you do, you will prove yourselves to be a great nation.

November 13, 2015
The Scientist Who Fired God - A Little Friday Funny
Next Post 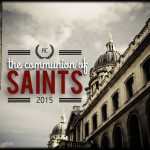