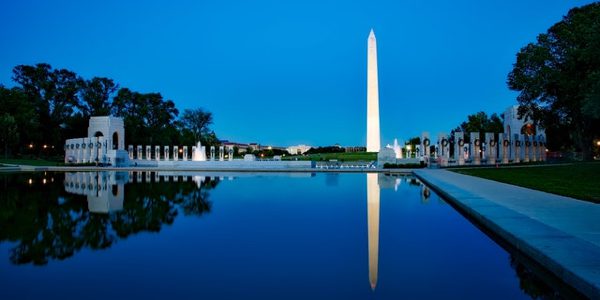 There’s a theory that contends politicians don’t lead the culture. Politicians reflect the culture. Washington isn’t leading so much as following what they see in us.

I keep having these conversations with people in which they trash politicians. At the mere mention of Trump or Pelosi or Washington they immediately wash their hands of all personal responsibility and run down the politicians. It’s Schumer, McConnell, Pelosi, and Ryan–they are the problem. What a bunch of snakes.

It’s time to face reality: Our politicians are not the problem. They are the symptom. We are the cause.

We elected these people

Every time someone starts ripping on politicians I want to shout: We elected them. We voted for them. We put them in office and continue to reward their bad behavior. Our politicians are a reflection of us. When we point out their lack of integrity and character we are exposing ourselves to the same critique.

Donald Trump has made it a policy to lie to the American public. The New York Times has been keeping a running list. In August The Washington Post reported that the list of documented lies Trump’s told had already topped one thousand in number.  It’s cliché to say the president lies with impunity. You know what impunity means? It means “exemption from punishment or freedom from the injurious consequences of an action.”

Why does Donald Trump lie all the time? Because his supporters never make him pay for it. His brag that he could shoot someone in the head in the middle of 5th Avenue and his supporters would never leave him is spot on.

I promise I don’t mean this to be cynical, but I think it’s true. We have divided into warring political factions. We listen only to news that confirms the beliefs we already hold and the choices we’ve already made. We are so sure that our side is right that we view our side with rose colored glasses, and the opposition with contempt and suspicion and outright hatred.

We despise each other. Is it any wonder our politicians do the same? We excuse the liars because they are our liars, and we want our side to win.

This could be good news

If we did this, then surely we can undo it.

More than anything else, especially as Christians, we are going to have to change our voting patterns. We need to stop electing politicians who have a pure ideology, and instead elect politicians who show a willingness to compromise and work together with the other party. Evangelicals in particular need to jettison our commitment to conservative ideology, especially where it runs counter to the gospel (and it often does).

I live in Kansas. Our Republican Governor Sam Brownback has basically bankrupted our state. He put us in a financial hole that will likely take two generations to climb out of. What did Kansan’s do? Re-elected him. Why? Because he is ideologically conservative, and a Republican.

The best thing that could happen in Kansas is for the state to throw Republicans out on their cans and elect a full slate of Democrats–not because Democrats are more virtuous, but because any political party deserves to be thrown out when they run the state into the ground for the sake of ideological purity.

There should be consequences for Brownback and the Republican party. They should lose big in the next elections. But you know what will probably happen instead? … Governor Kris Kobach.

I’ve seen people do this before. There’s a long list of Republican national security experts who lined up before the election to say they would not be supporting their party’s candidate. They signed a letter saying that Trump “would be a dangerous President and would put at risk our country’s national security and well being.” They said, “Mr. Trump lacks the character, values, and experience to be President.” They had the courage to tell the truth and vote for an opposition or 3rd party candidate. They’ve still got their lunch money.

Contrast that with evangelicals, who claim to care about moral issues. 81% of us voted for a man who has five children with three different women, owned casinos with strip clubs, bragged about grabbing women by the P—- and seducing married women, who bullies people, defends white nationalists, and who never attends church, not even for show. He shares few of our values. But he ran as a Republican and we treat that party as if it’s our true Lord and Savior. We continue to worship Republicanism with our tithes and offerings. Our lunch money is gone.

I know my argument is one sided

Some of you are probably already steamed by this post because I’m only talking about President Trump and the Republicans. There are good reasons for this.

First, evangelicals are overwhelmingly committed to the Republican party. In other words, no one is concerned about evangelical Christians and their blind allegiance to the Democratic party.

I’m not advocating for one party over another here. I’m saying that if we want things to change we have to hold the powers to account, and right now the Republicans are the powers. I’m not saying Democrats are better than Republicans. I’m saying that the leaders of the Republican party think they can do anything they want and get away with it because evangelical Christians are blindly committed to them.

And you know what? So far, they’ve been right.

If we don’t like the culture of Washington we need to look in the mirror. They are not the problem. We are. They take their cues from us. When we change, then Washington will change.