Rich Mullins Would’ve been 63 Years Old Today – Read This, It Will Do Your Heart Good

Rich Mullins Would’ve been 63 Years Old Today – Read This, It Will Do Your Heart Good October 21, 2018 Tim Suttle

“And the moon is a sliver of silver, like a shaving that fell on the floor of a Carpenter’s shop; and every house must have it’s builder; and I awoke in the house of God.” – Rich Mullins

This has to be one of the near perfect opening lines to a song I’ve ever heard. He was right about the moon, and about the fact that we all just woke up here one day, in the house of God, in the middle of a story that will outlast us when we’re gone. Having not willed any of this into being, God still gave us the power to burn it all down.

The Color Green reminds me of why it is such a holy thing to steward our lives and this beautiful creation with reverence; of why we are intended to receive everything we have with gratitude, and then return it to God and the human community in better shape than when we found it.

The Color Green is from Rich’s greatest album, A Liturgy, A Legacy, & A Ragamuffin Band. They recorded pretty much live to tape with only a few overdubs, something most musicians really cannot pull off. The Muffins could play.

I once heard Rich say that the whole reason they decided to do that format was so he could actually play piano on one of his own records. Reed Arvin, producer on most of Rich’s stuff, was a Nashville studio guy. He played piano on many Amy Grant live tours. Arvin is a piano freak, and he had really high standards. Rich was such a good musician, especially on piano. So it’s hard for me to imagine anyone refusing to let Rich play on his own records. It must be true, though, because I personally heard Rich tell that story more than once in my presence. That’s also the reason he learned to play dulcimers, so that Arvin would have no choice but to allow him to play on his own records.

The second time I met Rich was at Manhattan Christian College. He had played in chapel and I saw him out back by a dumpster smoking a cigarette. I hung out with him for awhile and told him that I wanted to be a musician and songwriter. His big piece of advice was: only play your own stuff. He said he hated it when people bought backing tracks and sang songs written by other people. “Write your own stuff. Play your own stuff, man. It’s infinitely more interesting to people.”

Those words changed my life, as did many things that Rich Mullins said, did, and wrote over the years. I mark his birthdays and the anniversary of his death every single year. He was, and remains to be, one of the most profound influences on my life. I am grateful for his talents, and that he found his way to Nashville and started making records. When I grow up, I hope to be half and wise and profound as Rich was. Listen to The Color Green today, it will do your soul some good. 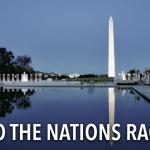 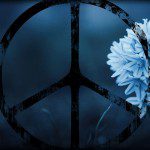 November 29, 2018 Advent is a Time for Hope: Oscar Wilde on Cynics & Sentimentalists
Recent Comments
0 | Leave a Comment
"WRONG about entitle. It means give a title to. There are lots of words beginning ..."
Old_Mr_Boston Top 10 Grammatical Errors – errors ..."
"Yes.1 Thessalonians Chapter 4 and 1 Thessalonians Chapter 5 show two events.Chapter 4The first event ..."
disqus_mrwby The End of Dispensationalism
"If American Christians followed the example of Christ, I might consider stopping being an antichrist. ..."
Mark J Why Do American Christians Trust the ..."
"I would prefer the constitutional republic we started as and not the foolish democracy of ..."
Everett Kier Jr Binging Trump: Our Self-Destructive Addiction
Browse Our Archives
get the latest from
Paperback Theology
Sign up for our newsletter
POPULAR AT PATHEOS Progressive Christian
1

'But if it takes effort to...
slacktivist
Related posts from Paperback Theology 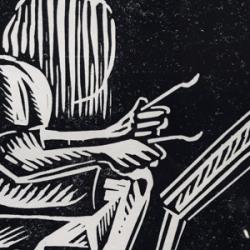