In the previous section of this series, I discussed a guided meditation to help you find animal totems associated with the three basic evolutionary parts of the human brain, the reptilian, old mammalian, and new mammalian parts of the brain. If you have not yet read the first two sections, please go back and read them here and here so that this section will make more sense.

Once you have identified these three totems, here are some ways to work with them and beyond: 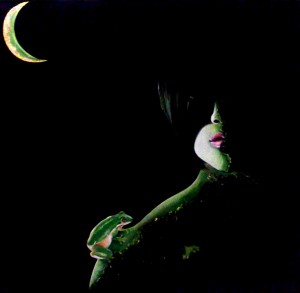 –Spend time each week meditating with each totem, and on the part of your brain and its bailiwicks that each corresponds to. Where do you see each part of your brain coming into play in your everyday life? Are there any situations in which you could be more balanced, perhaps bringing the rational thought of the neocortex (new mammalian brain) into play when you’re perhaps too worried about something and your limbic system (old mammalian brain) could use a little calming?

–If you find yourself in a situation where you need more balancing, ask the totem of the part of the brain you want help from to give you aid in that moment. For example, if you’re feeling unmotivated about something, talk to the totem of the reptilian part of your brain to figure out why that might be, and what you could do to give yourself more incentive to act.

–When interacting with others, how do you see the various parts of their brains potentially coming into play? Does this help you understand them better? How are your two brains communicating? Are you trying to approach them on a primarily new mammalian level, while they may be in a more defensive, reptilian mindset?

–What about interacting with other species of animal? Often they have been belittled as being “lesser” than humans, even though we have gone through the same evolutionary processes they have. Can you relate to them more knowing that you share some similar brain structures? Do you understand the other animals and their motivations better? Do you give them more respect for what they are, rather than what they are not?

–While this particular meditation dealt with just a few points on the long line of our evolution (or, rather, various diverging lines of evolutionary history), you can use it to find other extinct totems, to include those of ancestral species before the rise of reptiles. If you found yourself connecting to still-living species, try asking them for help in traveling further back in evolutionary time, perhaps asking one totem to introduce you to its ancestor, and then that ancestor introducing you to another, and so forth. You may want to check your work against a known timeline of evolving species as you go along.

–If you don’t already do so, think of yourself more as a human animal. Emphasize the animal part, not in the Hollywoodized version of the “wild (wo)man/cave(wo)man”, but a human being who is the latest in one line of evolved animals. See how you fit into your ecosystem as an animal, eating, drinking, sleeping, etc. Do you feel more kinship to the other animals, both living and extinct? How about connection to the land?

–Practice being very physically aware of yourself-as-animal. Walk around and otherwise move your body, and notice how your limbs are still very much like those of a quadruped, how your knees and back especially still hearken back to before we began to walk upright (and like to remind us, sometimes painfully, that the evolution isn’t done yet!). Imagine what it might feel like to shift your form backward in your evolutionary history to that of a proto-mammalian ancestor, or an earlier reptile, and even further back to aquatic ancestors. If it helps, read up on some comparative anatomy before you try this exercise.

–You may also wish to ask one or more of your “brain totems” to show you a bit of what their physical counterparts’ forms were like. If you feel comfortable, try to accentuate the part of your brain that is associated with the totem you’re working with; if you’re working with your reptilian brain totem, imagine that you are primarily concerned with the basic needs of survival, defense, territory, and reaction.

These are just a few paths you may choose to explore from here. Feel free to explore beyond them, and to experiment.

Ultimately, the point of all this is to be more familiar with yourself as an animal, with how your motivations, thoughts and feelings are largely inherited from our species’ ancestors. Rather than shoving down our animal selves, we can learn from other creatures how to use these various levels of our brains, the hard-wired seats of our minds. Our comparative neurophysiology shows us our heritage; we have only gained ignorance by trying to push it away. Let us embrace ourselves as human animals. Let us learn to balance what is unique to us with humans, with all that humanity has been built on. Let us become the best human animal beings possible.

January 27, 2012 We Do Not Return to Nature. We Are Already There.
Recent Comments
0 | Leave a Comment
Browse Our Archives
get the latest from
Pagan
Sign up for our newsletter
POPULAR AT PATHEOS Pagan
1

Pagan
Psych Meds, Self-Care and Paganism
Paths Through The Forests