If you have not found out yet, Patheos’ Atheist Channel has a new name – “Nonreligious”.

Its a move with many good reasons, namely that those who are categorized as Irreligious, Unaffiliated or Non-religous in census studies are a growing portion of demographics all over the world, and many, if not most depending on where the census it taken, do not identify as Atheists. So this channel now has become a hub for that portion of our society that didn’t have a place to have a voice. Indeed this should have been available a long time ago. But this renaming is a bit wonky.

For one, Atheists who have found a home at the channel now feel like they are being delegitimized with the renaming – feeling that their hard fought status to be recognized is being lost.

Two, “non-religious” also includes theistic beliefs, which would probably be best served by the Spirituality Channel on Patheos already.

Three, religious Atheists (atheists who participate in non-theist ritual and ceremony) are now, more than before, excluded from conversation. I should know, I’m one of them. Having attempted to submit to the then Atheist channel and was rejected for having religious trappings. And because it was religious in nature it was assumed to have belief in the supernatural (in particular was the pointing out the use of crystals in the festivity – which was actually solely for the function of refracting light -SCIENCE!- It being a celebration of the longest day of the year after all).

This is where the Pagan Channel is invaluable. Its one of the best places for misfits like myself and others who are religiously inclined – especially when holding a nature based perspective. Besides, Paganism is also a worldview that is growing, along side the growth of Atheism and Non-religious worldviews.

In the end, this leads me to believe that the “Nonreligious” renaming of the Channel just maybe a proper fit after all, as I think it will continue the same path of hosting blogs that are clearly Atheistic – they are not going anywhere – and direct those who are spiritual or religious to either the Pagan or Spirituality Channel as they have before, and the change is simply that they are going to host more agnostic and secular blogs in general. 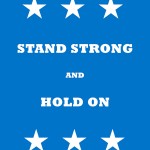 December 19, 2016 Connecting to Nature in Human-Centered Places
Recent Comments
0 | Leave a Comment
Browse Our Archives
Related posts from Paths Through The Forests