As those of you who may have been following me on my own blog, Therioshamanism, may have seen, I recently adopted a half mile stretch of the Columbia River to keep clean and otherwise tend to. It’s downstream from Portland and a bunch of industrial areas, never mind all the towns and cities and factories upstream from Portland as well. So there’s plenty to clean up, and no doubt when I start doing water testing this spring I won’t be surprised to find a cocktail of pollutants in the water itself as well. As I wrote last month, the Columbia is the heart of this region, and it carries a great deal of the environmental stress here on its back.

I live in the middle of urban Portland, and I do what I can to reduce my environmental impact here. I reduce, reuse and recycle, and I try to keep my water and electricity usage low. I pick up garbage, and I vote for pro-environment candidates and bills, along with contacting elected officials about important issues. My neighborhood has been developed for over a century, though it has lots of nice greenspaces and people tend to be pretty earth-friendly here. So I have a pretty good place to have a green life (even if I don’t have a yard yet!)

What I didn’t have until recently was a stretch of waterway to care for. I used to live near Johnson Creek in the southeast portion of the metro area, but these days the only water within walking distance is the pond at Laurelhurst Park, which has a solid group of dedicated volunteers taking care of it throughout the year. I’ve volunteered with them before and they’re well worth it, but when I heard about Oregon’s Adopt a River program, I realized how much I missed having a connection with a moving waterway. I asked them where they needed help the most, and of the spots they offered one on the east side of Sauvie Island seemed the most appealing.

So now I have my own riverside beach to take care of on a volunteer basis, and I’ve already been out there a couple of times in the past two weeks, and I’m making plans to go more. I’ve been enjoying my increased volunteer work this year, and this solves the problem of “Well, where should I go *this* week?” More importantly, it’s a place that I can develop a deeper, long-lasting connection with, instead of bouncing around the metro area planting trees in one place, and picking up litter in another. There’s the downside that it’s a 30 minute drive from my home and not accessible by public transit, but my car has good mileage and it’s a good excuse to take people out into the great outdoors!

I’ve felt a very deep resonance with this area since I moved to Oregon. Perhaps it’s a particularly good fit, or maybe I’m just ready to settle down finally. Either way, I feel a responsibility to this place on many levels, to include that of the Land. It’s a bit unusual to feel this, since I moved around so much in my life. I was an Army brat growing up, and while we settled into one town when I was six and stayed there, we lived in two different houses between then and when I moved out. And since moving out twelve years ago, I’ve moved an average of once a year in three different cities; even in Portland I’m on my fourth apartment.

This is in contrast to people who have lived in the same place all their lives, who grew up with specific locations and landmarks, who hunted or farmed on the same grounds as their ancestors, or even more recent people who have never left the town or city they were born in. For many, their homes are something they live and breathe, that they know as well as the placement of their own bones. I can never hope to achieve that instinctive understanding of this place, for it was not woven into my mind and my understanding from birth. But I’ve done my best to make up for that time away through reading and exploring on foot this place I now call home.

I think that’s something that’s missing for a lot of people. There are people who aren’t particular where they live; some can connect wherever they are, but there are others who drift because no place feels like home. And there are people who love a place only for what they can get out of it and experience it, but feel no particular need to give back. Then there are those who want to actively be a part of their community, whether in a very intimate and personal way (especially in smaller communities), or being a tiny bit of something much, much bigger than they are.

I feel like this lattermost sort. Portland isn’t the biggest metro area by far, which is one of the reasons I like it. It’s my “Goldilocks place”–just right. But it’s still a city, and while I have little pockets of people I know and interact with, to most I’m an anonymous face in the crowd. I’m okay with that. I have my neighborhood, and my friends, and now I have my piece of the river to care for, too.

That’s a particular challenge, finding that connection to place when there’s so much distraction. And perhaps a good solution is to focus on one little bit of it. I can’t save Portland, and I can’t save the Columbia River. But I can be a good steward to the place where I live and the beach I’ve adopted. Those are my ins, my connections, my ports into Oregon.

Having the stewardship of a place isn’t a cure-all. It won’t make all the pollution go away or stop climate change. But it can be enough to keep us going as we keep tackling those bigger pictures, too. Sometimes the environmental crises we face seem huge and overwhelming, and they can be if we take them all at once. We are each just one person in the great big world, and it would be impossible to carry it all ourselves. But maybe if we each find our own neighborhood, or beach, or park, or open field, or fixer-upper house–if we each find a little place to be the steward of we can feel more capable and successful. We’re more likely to feel successful and encouraged if the task we set ourselves to is neither too easy nor too difficult, and that can motivate us to do more over time.

So where’s your place? What do you care for and tend to? To what place are you a valuable steward and caretaker? 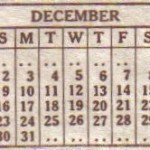 January 8, 2013 Colloquial Quandaries: Referencing the Sun
Recent Comments
0 | Leave a Comment
Browse Our Archives
get the latest from
Pagan
Sign up for our newsletter
POPULAR AT PATHEOS Pagan
1