A Call to Hope 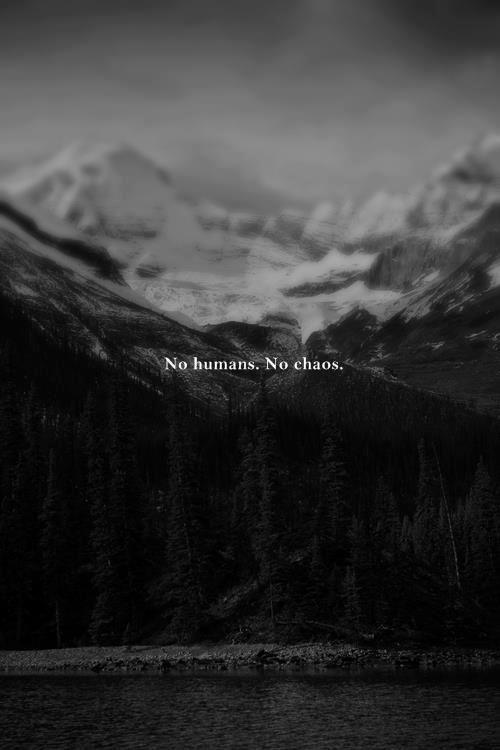 A while back on Tumblr, I reblogged a picture of a mountain forest with the words “No humans. No chaos.” on it. The implication seemed to be that humans are the sole source of chaos and disorder and other bad things. I criticized this in my reblog, pointing out that there’s plenty of chaos in nature. Volcanoes, earthquakes, tectonic uplift, forest fires, floods, plagues of locusts, roaming packs of wolves—these and many more forces of nature can wreak varying degrees of havoc on an ecosystem and its inhabitants. Even evolution, traceable as it is, grows through random mutations, not deliberate changes. In fact, some people define “nature” as the disordered and chaotic parts of the world not entirely brought to heel by human hands.

The problem with that last definition is that it still sets humanity apart from the rest of nature, which promotes some very unhealthy attitudes and behaviors. I feel the point’s been belabored more than enough that humanity has changed the world in some very drastic and sometimes irrevocable ways; we’ve castigated ourselves as a species to the point of counterproductivity. As has been pointed out, if all we focus on is the negative then it breeds hopelessness and, in turn, inaction. A person who is constantly told they’re bad for the environment is more likely to avoid the environment and care less for it, and thereby become a self-fulfilling prophecy. Pictures like the one above just perpetuate the problem. The person who put it together probably wants the world to be a more eco-friendly place, but they’ve sabotaged their own efforts by relying on distancing and guilt rather than encouragement and inclusion. They’re berating their audience.

We need alternatives to that guilt and negative focus. One of the reasons I love Richard Louv’s writings so much is that he brings hope to the table. We focus so much on the dire predictions of a dystopic future that we’ve forgotten to imagine what could be instead. In his book The Nature Principle, he includes an essay, “Imagine a Newer World”, in which he describes the sort of world he’d like to see:

We seek a newer world where we not only conserve nature but create it where we live, work, learn, and play. Where yards and open spaces are alive with native species. Where bird migration routes are healed by human care. Where wildlife corridors in every city serve as the bronchial and arterial passageways of life and meaning. Where not only public land but private property, voluntarily, garden to garden to garden, is transformed, by us, into butterfly zones and then, across the country, into a homegrown national park. Where neighbors use land trust law to create their own button parks—small enough to sew on themselves. Where cities become incubators of biodiversity. (Louv, 2012, p. 321.)

And on and on he goes, weaving even more images of a hopeful future. Neither does he smash it down with “Well, it’s going to be difficult to make it this way, and here’s what’s stopping us”. He has spent part of the book outlining concrete things that people have done to increase sustainability, and this gives these efforts even more direction. What he does, in fact, is give us the opportunity to let our imaginations run unfettered by the “mustn’ts, don’t, and impossibles”, as per Shel Silverstein. We need that hope. We need hope that isn’t immediately followed by “Well, but that can’t happen” or “It’s too late to change things”. We need to have something besides discouragement over actions that are deemed too small and ineffective. We need to celebrate even our tiniest victories, because they give us the strength to do more.

That means breaking ourselves of the tendency to only view ourselves as agents of “bad things” and our seeming desire to keep all humanity out of the rest of nature. It means accepting that we are natural beings and we do have a place in our ecosystems. A sense of belonging breeds a sense of responsibility, and we need to invite everyone in. We all deserve to take part in, and give strength to, hope.

Are Humans the Children of the...
John Beckett
Related posts from Paths Through The Forests