Last week, Reid Wilson published an article with the Washington Post outlining what the continental United States might look like if state lines had been drawn along watersheds instead of the various boundaries they have today. John Wesley Powell, a geologist and civil war veteran, proposed this very idea; unfortunately, he was outgunned by Cyrus Thomas and the railroad lobby, who stood to benefit greatly from the more artificial ways in which state boundaries are drawn today. 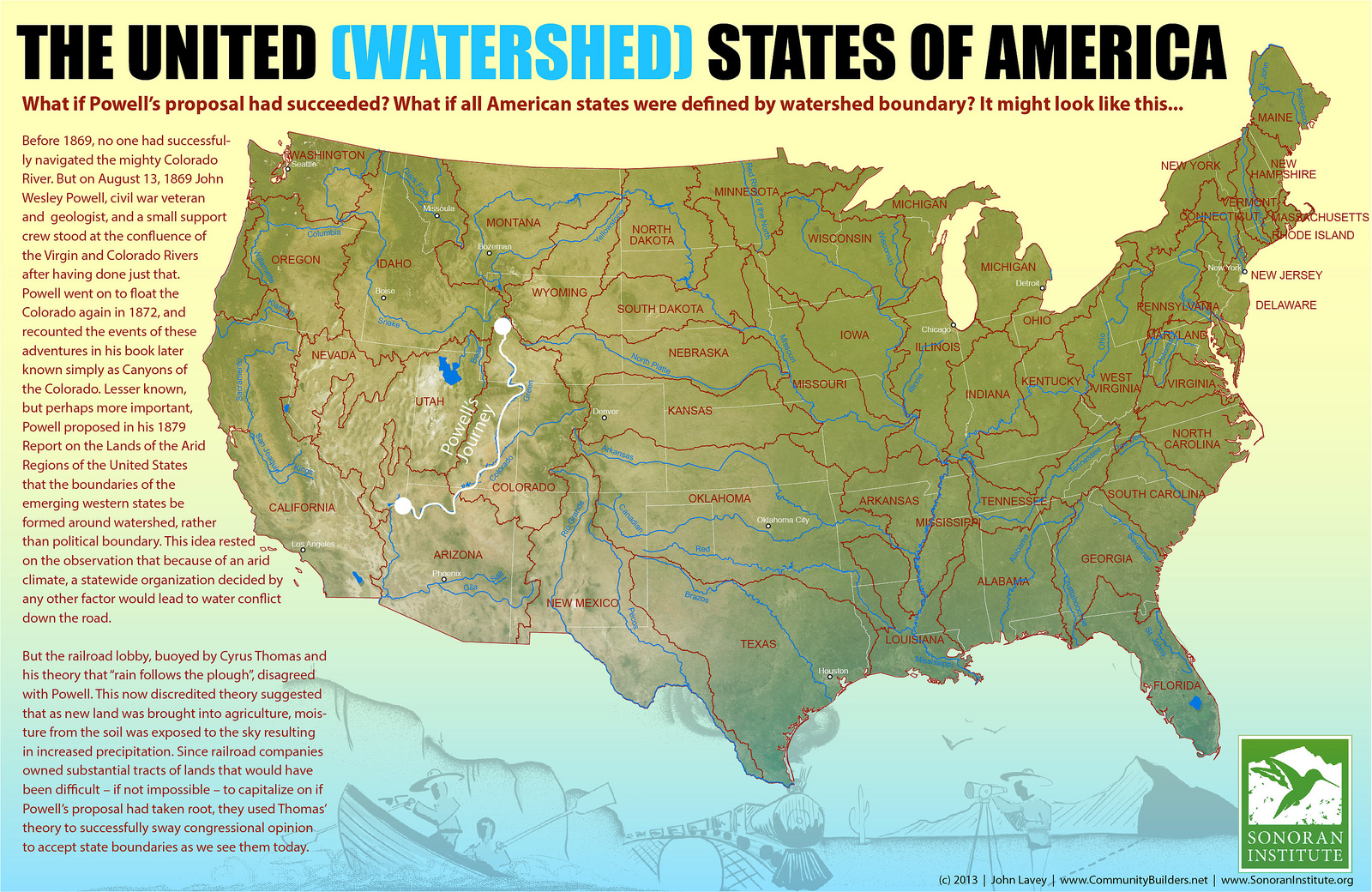 Enter John Lavey and Cameron Davis of the Sonoran Institute. Together they created a map that shows what the country might look like had Powell had his way, and posted it online this past September.Most current states would have very different boundaries; some major cities would be in different states. To be sure, it would be a change that would be incredibly costly and inconvenient for a while.

Even if this never comes to fruition, though, it’s worthwhile to think about the land not in the way of artificial lines and roads, but as delineated by its own contours and inhabitants of all sorts. It’s a reminder that we ourselves are far from the only force shaping and changing the earth, and that the winds, waters, and stones were here long before even our ancestors existed. Thinking of ourselves in bioregional terms–“bioregions” are often defined by watersheds–places us more firmly in the context of the rest of nature.

So, U.S. readers, what you do you think of your potential new state? 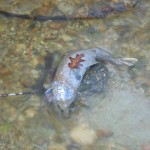 December 12, 2013 Festivities of Natural Annual Events: Australis Lux (The Longest Day & Night of The Year)
Recent Comments
0 | Leave a Comment
Browse Our Archives
get the latest from
Pagan
Sign up for our newsletter
POPULAR AT PATHEOS Pagan
1

Pagan
Psych Meds, Self-Care and Paganism
Paths Through The Forests