During the Borealis Equilux (on March 20; Caniformia – Ursa 1) the earth’s orientation places the equator at a 90° toward the sun, making the sun’s rays hit the two hemispheres equally causing equal lengths of day and night worldwide. At noon along the equatorial line virtually no shadows will be cast. Globally on this day, the point where the horizon crosses the sun’s disk is due east and west. Making it a good time to figure out landmarks that aid in direction throughout the year or building projects that are reliant on the sun’s rays.

Borealis will be experiencing longer days, seeing the earth’s daily turning view of the sun higher and higher north. While Australis will be experiencing longer nights with the daily turning view of the sun lower along the north horizon. At the poles, it marks the start of the transition to 24 hours of night in Australis and 24 hours of day in Borealis.

Where the majority of earth’s population is (at and north of the Borealis Sol Axis with the addition of Southern & Western Europe) spring is coming into effect with new leaves and flowers coming in and wildlife either expecting or just receiving the next generation. The warmer regions will be bringing in their first harvest. Farther North of the Borealis Sol Axis and in the other regions of Europe, winter is dissipating, either just beginning its thaw or in full flow feeding the watercourses and water table.

For the Tropics, this is when the Tropical Rain Belt reaches the equator, moving toward the Borealis Sol Axis.

South of the equator it is overall getting darker, colder and the precipitation is lessening.

In Borealis, most of the temperate climes are celebrating the beginnings of spring, where eggs are a common theme. For the warmer climes of Borealis, spring would be in full swing with sowing of this year’s crops if not already seeing their sprouts. Both climes have themes this time of year that celebrate life – particularly new life; and with the longest nights well behind, themes of a new day often symbolized as dawn. Because of these occurrences many regions regard this as a time for new beginnings, thereby it marks the New Year for their respective calendars.

Various activities around the time of Equilux include: Accepting the many experiences life holds in its many forms in dishes symbolically flavoured as different emotions; Bonfires and festivities on the full moon nearest Equilux; Decorating and splashing each other with bright colours; Acceptance of raucous and pranking behaviour; Getting outside for extended periods with camping and other outdoor recreational activities; Growing sprouts and starting harvest vegetation to plant; Dancing Egg; Martenitsa/Mărțișor; Courting customs and rituals by young adults to gain better chances at obtaining a spouse; Visit loved ones’ grave sites, clean them, and pay homage to the ancestors; House cleaning and symbolic rituals to shed away the darkness of winter, ‘evil’, or bad luck; as well as praying for and/or enacting rituals for fertile land and good harvest to come.

A growing custom that is well received is putting out loose fiber balls among the trees or other easily found places for birds to use in their nest building. For a festive touch these can be brightly coloured fibers or the loose shape made to look like a bird or other recognizable seasonal shape.

Not much is known of the seasonal festivities of Australis prior to European influence. What is known for this time of year is that it is the beginning of the kumara harvest in New Zealand. Karakia would be offered at dawn, and the first kumara dug were those that had been ritually planted as the first seeds in spring. These special tubers were cooked in a separate hangi and offered to Pani so that the tapu of Rongomatane, God of the cultivated crops, was laid to rest. With the rains receding from Australis, most regions partake in netting or trapping large amounts of fish to store for the months to come. In general, it is the main harvest season for Australis.

International Day of Forests – on March 21

Please feel free to point out any missing seasonal celebrations to this list and it will be added to this list. 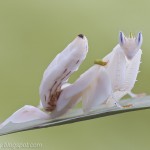 March 12, 2015 A Global Nature Based Flip Calendar - Have It In Time For the Borealis Equilux New Year!
Recent Comments
0 | Leave a Comment
Browse Our Archives
get the latest from
Pagan
Sign up for our newsletter
POPULAR AT PATHEOS Pagan
1