The Diversity Hollywood Will Never Tolerate

“On Camazotz we are all happy because we are all alike. Differences create problems.” – Charles Wallace, under the influence of IT 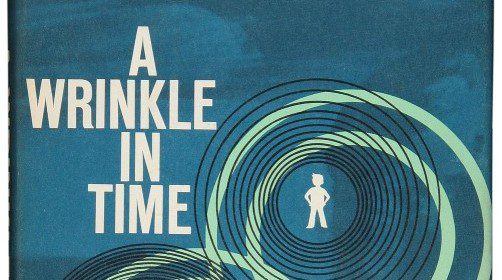 I am spitting nails at the just-released publicity photos for A Wrinkle in Time.

At first glance, the casting for the under-production Wrinkle in Time movie might seem in keeping with the book’s themes of nonconformity and the value of difference. In the book, it is the main characters’ differences which carry them through their adventures, and the enemy they confront, IT, champions conformity (through submission to the will of IT, of course.)

The director of the new film decided to take this theme and run with it by introducing “diverse” casting–making the Murray family mixed-race and casting Mrs. Whatsit, Mrs. Who, and Mrs. Which with women of different ages and ethnicities: Reese Witherspoon, Mindy Kaling, and Oprah Winfrey.

But…how diverse is this casting, really? And is this the kind of diversity L’Engle was thinking about when she made her heroine plain and mousy and her Seraphim appear like eccentric old women?

The casting of Meg is, aside from the change in race, a very conventional case of “Hollywood Homely” where glasses and messy hair are expected to make us believe an attractive, symmetrical, clear-complexioned face is actually plain or ugly.

But take a closer look at the casting of the Seraphs, Mrs. Who, Mrs. Which, and Mrs. Whatsit.

Here is how those characters are described in the book:

Mrs. Whatsit: a rag bag with sparse greyish hair and “her nose a round, soft blob, her mouth puckered like an autumn apple.”

Mrs. Which: the only time she materializes, she makes herself look like a “Halloween witch.” So, I’m assuming, not otherworldly glamour.

And Mrs. Who is a “plump little woman” in “enormous glasses” whose appearance is apparently otherwise so nondescript as to not warrant description.

In L’Engle’s vision, the three Seraphs appear unconventionally plain and old–the kind of women our society completely disregards and renders invisible–and I think this choice is both intentional and important on L’Engle’s part. Mrs. Which’s visual pun during her one materialized appearance sets up a contrast that makes it obvious that the appearances of the other two is not actually an example of a “witch trope.” There is a statement here about who we value and who we disregard, a purposeful toying with the bag lady and the dull grandmother.

Casting minority women could have underlined and accentuated that subversive little statement about the invisible and disregarded. But what does it do to cast conventionally Hollywood smooth-featured, symmetrically attractive POC instead? What does it say that the director cast two minority women who have already gained mainstream visibility, who already have widely-watched mainstream shows bearing their names?  Oprah and Mindy Kaling are talented, but are they the only talented POC to choose from? Or were they chosen because they are the opposite of invisible and overlooked?

Here’s an actual quote from the director on her casting choices: “And in the women themselves, could we just reflect a fuller breadth of femininity?”

…Oh, right. That fuller breadth of femininity in which women are never allowed to look frail or old.

There’s nothing in the book to stop someone from casting these characters diversely. But it’s not real diversity to let Hollywood prejudices against old or plain women drive character casting.

It’s been suggested that perhaps the characters will be made up to look older during the initial scenes, and that the movie stills just show their appearance off-Earth. After all, the Seraph are incorporeal–the bodies they show up in are only representational. In the book, Mrs. Whatsit changes form once and appears as something resembling a centaur–actually, she is described as having “a head resembling a man’s, but a man with a perfection of dignity and virtue…” This is not a description of female pulchritude, but a kind of beauty beyond gender or cultural standards.

Even if we accepted a level of change to the story that would have all three Seraph incorporate in a different form from their initial ones, the pictures shown are far too this-world to be otherworldly the way Mrs. Whatsit’s centaur form is described, and it would be an even greater mistake to make the natural forms of the Seraph conform to narrow Hollywood standards.  The message that sends is no better: this is the only kind of beauty that is real. There is nothing further. There is nothing greater. There is nothing that transcends.

I’m a strong-featured woman. My face is asymmetrical, my complexion is muddy, and my nose…well, my nose has a great personality.

When I first read Wrinkle in Time as a young teen, I was Meg, in all kinds of ways. I never felt smart enough or pretty enough or normal enough to fit in. I was awkward and impulsive and hot-tempered. I was different in an era that championed uniqueness and non-conformity-but I wasn’t the right kind of different.

And I knew from the moment the “tramp” Mrs. Whatsit entered the Murray kitchen in her layers and layers of wraps and scarves and her little sparse bun that the book I held in my hands was going to have something to say about the overlooked people, the oddball people, the not-the-right-kind-of-different people.

In a climactic moment in the book, as Meg prepares to face her fears and go back by herself to save her little brother, Mrs. Who–still looking old and ordinary and unremarkable in her spectacles–tells Meg something she “must try to understand not word by word, but in a flash…Listen, Meg. Listen well.

Not many wise men, not many mighty, not many noble.

Not those with star power, names, magazine covers.

God chooses the foolish, the weak, the base, and the despised.

He chooses the overlooked and the oddball. He chooses the unseen and unrepresented. And they “confound the things which are mighty” in this world.

A Wrinkle in Time book cover image via https://www.flickr.com/photos/hermitosis/17025412760 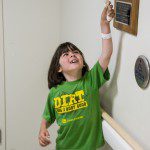 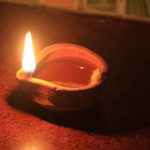 July 25, 2017 Life Is Pain: Carrying in Our Bodies the Dying of Jesus
Recent Comments
0 | Leave a Comment
Browse Our Archives
Follow Us!