Who Will Get the Mormon Vote, Part 2

Editor’s note: This post is an updated version of an earlier post, which can be found here. All updates and corrections have been made in red, like this editor’s note.

So is this it? Is this how The Republic ends? Not with a bang, but with 16 straight months of presidential debates?

That’s right, 2016 is upon us, with the force of a thousand Facebook arguments and your uncle’s hatred for “career politicians.” We’re entering a period of great uncertainty, which can only culminate in the glorious peace of the millennium. Will it be a Clinton? And for heaven’s sake, will it be The Donald?!?!

One thing, however, is certain. The plurality of Mormons will vote for whoever lands on the Republican ticket (unless, of course, ‘ol Mitt runs as a third partier, which is about as likely as a heartfelt apology from Lilburn Boggs).

But there remains quite the array of options [really, just 6 plus Ben Carson]. Plus, we’re  only a few states deep in the primary election, which means all those mighty R’s [Drumpf, Rubio, Cruz and Kasich. Plus Ben Carson] still have to fight for a vote of confidence from their most consistent Western coalition. Something they will literally be doing on March 21, for some reason.

So who will it be? Who will win over the Mormons?

To make things easier, and to aid in all things being done in wisdom and order1 I’ve compiled a brief summary of the Mormon pros and cons for each Republican candidate. Of course, I’ve only included candidates that register on national polls, because the last thing anyone wants to do is have to sift through a bunch of  unstable misanthropes.

Pro: He’s really concerned about poor people and says God will judge those who don’t help those in need. Just like The Book of Mormon! (and Bible or whatever). Plus, he’s a HUGE fan of The Church’s welfare program.

Con: His congressional portrait is way way way too chill.  His blue shirt is a clear indicator that he is not in a position to help administer the sacrament. Also: Look, he’s old fashioned, but just not old fashioned enough.

Pro: He was name dropped in conference and that doesn’t happen every day. He’s the first Seventh-Day Adventist candidate, and on my mission people confused us with the SDA all the time, so we’re spiritual brothers if only for the hyphen.  He loves tithing so much he wants the federal government to do it. Also, Cuba Gooding Jr. played him in a TNT original movie [Cuba is currently playing O.J. Simpson in an FX tv show]. Cuba’s won an Oscar, so that should count for something.

Con: Um, it was kinda weird that he was name dropped in conference. Also, as we well know, it can hard for members of a minority religion when one of their own steps into presidential politics. Emotions run high and passions run deep. Keeping the pulpit and the voting booth separate can be a hard, frustrating fight. 2012 was fun for us Mormons and all, but we should probably never do that again. Also, he plagiarized the writings of Cleon Skousen, which is layered in badness.

[Update: This guy is still in the race for some reason. Also I saw his campaign book for sale at Deseret Book. So I would accuse the store of being partisan, but then I saw Howard Zinn’s A People’s History of the United States right above it. No lie.]

Not only is this guy not Mormon enough, but he’s also thrown his support behind a a guy who spent most of the 90s saying dirty things on Howard Stern.

I’m looking forward to Christie embracing his true calling as a bouncer at Drumpf’s campaign events.

Con: His Mormon friend is always playing second fiddle to his shenanigans.  Also, the two of them pose with weird tiger carpets. Also, from what I understand Lee hasn’t officially endorsed Cruz, at least not yet. Cruz also seems to have inspired some false prophesies from Brother Beck:

Pro: Is this guy still in the race?

Con: Was this guy ever in the race?

Maybe he was a little too Mormon

Pro: He thinks Mormons are honest people (if you want to interpret his scuffle with Jon Huntsman that way), and he abstains from alcohol[update: There is no way anyone can convince me that last part is true].

Con: Well, he’s pretty freaking vulgar, for starters. He’s also kinda known for saying really crude things about women, and believe it or not some women are also Mormon. He also thinks the vast majority of immigrants from Mexico are rapists and/or murderers, and believe it or not some of those immigrants, whether or not they came to this country legally, are also Mormon. He also thinks Mitt Romney is a big dumb loser, and Mormons tend to like that Romney fellow. Also, he’s tweeted all this stuff about Mitt, which is very un-Mormon of him:

Mitt Romney, who was one of the dumbest and worst candidates in the history of Republican politics, is now pushing me on tax returns. Dope!

Why doesn’t @MittRomney just endorse @marcorubio already.
Should have done it before NH or Nevada where he had a little sway. Too late
now!

I’m going to do what @MittRomney was totally unable to do- WIN!

Mitt Romney,who totally blew an election that should have been won and whose tax returns made him look like a fool, is now playing tough guy

When Mitt Romney asked me for my endorsement last time around, he was so awkward and goofy that we all should have known he could not win!

Pro: Rubio is the only candidate that is actually Mormon. You see, he was reportedly baptized as a kid when his family converted. They were fellowshipped by some friendly neighbors. He was interested and invested in Mormon theology (if there is such a thing!!!) and liked pinewood derbies. His parents decided to leave because they found Mormonism to be to restrictive.

Con: We should really be focused on making sure his records have been transferred to the correct ward before we get too worried about this whole presidency thing. Does he have home teachers? If not, why not? If so, why are they not visiting him? Is his name being discussed at Ward Council? It’s time to remember that being president isn’t what really matters in this life, or the next. There’s work to be done. [I have nothing to update about this succinct summary of Rubio’s Mormonness]

So there you have it: This year’s contenders for the Mighty Mormon Vote!! So who will it be? Will Mitt jump back in the race? Will Mormons grace Rubio with their sustaining vote? Only time will tell. But until then, don’t forget to participate fully in your civic duty!

February 22, 2016
I Bet I Know Who Hugh Nibley Would Vote For
Next Post 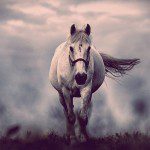 March 2, 2016 Wait, What Is The White Horse Prophecy?
Recent Comments
0 | Leave a Comment
"I pretty much wrote the exact same thing about my husband's "bachelor name" back in ..."
Brita Long No, I Did Not Keep My ..."
"I just watched some footage of him. I believe you might be literally right.https://www.youtube.com/wat..."
Wubbsy Jon McNaughton, the Obama Era’s Most ..."
"Funny that he chose to draw Obama when going away and goofing off on a ..."
Wubbsy Jon McNaughton, the Obama Era’s Most ..."
"From the OP:What I can’t support, however, is anyone using this new policy as a ..."
Kiwi57 To the People Defending the Church’s ..."
Browse Our Archives
get the latest from
Latter-day Saint
Sign up for our newsletter
Related posts from Peculiar People