Fundamentalism in every Religion

It’s a bummer, but I’ve finally come to the conclusion that there is fundamentalism in every religion.

I’ve looked into so many different branches of Christianity, and other religions, and even atheism, and it’s all the same. In every group there are the inevitable small but very vocal few who insist that they have figured out the only true way, and feel the need to ridicule and mock everyone else’s choices.

I grew up in that circle. We were Fundamentalist Protestants who knew it all. We had the undeniable truth revealed to us by the Holy Spirit, and if other people were only as open to the Spirit as we were, they would understand the same “truth”.

Coming out of that, at first I was determined to find a church without fundamentalism. People that had richness of faith, but were content to live it quietly before the Lord, instead of judging and condemning everyone who didn’t think exactly the way they did.

I had hoped to find that in the Catholic Church. It seemed so promising, people with strong beliefs, rooted in something other than themselves and their personal interpretation of scripture. A Church filled with the richness of practices and traditions that you could draw on to develop your own faith walk, and a religious community that has continued to spread all over the world. I’ve read the entire Catechism, and it has been instrumental in many areas of growth in my life. 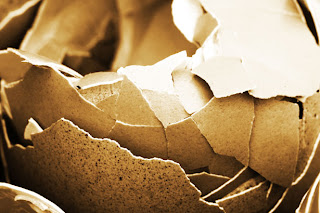 Unfortunately, fundamentalism is alive and thriving. I’ve noticed it when seemingly decent people, link to something that they called “truth” and it ends up being a religious lunatic’s blog. For example, one of these links led to someone writing about how she read a gay couple’s blog post, where they were celebrating the adoption of their new baby and felt “obligated” to tell them that they were violating God’s law and that the baby girl would never really be their daughter. Can someone explain to me how attacking people who are not members of your religion is promoting “truth”? Can someone help me understand how it is ever OK to belittle someone for something that means a great deal to them?

I have no problem with people having strong beliefs and living by them. I admire people that are committed to live their faith in ways that are the most meaningful for them. I even have no problem if someone privately believes that they are the only one going to heaven, have fun alone. But it bothers me when instead of speaking about how something built them up or talking about the growth and revelation in their own lives, they take it one step (or maybe 100 steps) further and state that everyone who does not only practice their faith, but practice their faith exactly the way they do, is not good enough. Not good enough for them, and certainly not good enough for God. This can range anywhere from the Anti-gay blog example I gave, to people who speculate incessantly about the size of someone’s family.

(After some thought, I decided not to name or link to the blog I’m about to reference. I think that would seem as if I am attacking this particular person and that is not my intention. I’ve seen this type of perspective other places than this particular blog, and I am just using her reasoning as an illustration.)

I recently read an interesting blog post by a fairly prominent Catholic Blogger who’s premise was that contraception use can actually lead to more abortions because if you are completely unwilling to have a baby in the first place, how much easier is it to remove the problem baby if one is conceived by accident? I thought she made the argument well. I read around her blog a bit more, and in the comments on one of her posts I read that she had felt “obligated” by God to call her neighbour and tell her all the reasons she was going to regret getting her tubes tied. That kind of behaviour sounded very fundamentalist to me, but I decided to give her the benefit of the doubt. Maybe she had her own tubes tied and regretted it, and felt an extra burden to share her experience with people? Perhaps she was naive and just had no idea how confronting people about personal choices in that way only reflects badly on her church and faith?

I noticed that she was a “revert” back to the Catholic Church and that piqued my interest because I am a potential convert myself, I love reading the stories on how people were drawn into the church. So I clicked on her reversion story to get some more detail.

She grew up Catholic, but lost interest over time and after she eventually came back to the church, she felt that part of the reason that she fell away was because of poor catechizing. Interesting, I understand why she is frustrated and angry. Her anger over her lack of religious education is similar to my own feelings over the excess of my own religious upbringing. I understand her passion for good catechizing, people should have access to good education about their religion and it’s great that she feels strongly about getting detailed catechizing out there.

But then she went that 1 step (or 100 steps) further. She began to criticize the priests for “slacking” and said that they were leading people to Hell. What? She berated and blamed, and quoted the usual bible verses about millstones and condemnation for people who are responsible for deliberating leading others astray. By the time she was done, it felt as though any priest who is compassionate or gentle should have been defrocked long ago. Why haven’t they cracked down on these horrific catechism malpractice cases? She ended her rant by saying that basically anyone who isn’t an exemplar Catholic in every sense of the word, should stop pretending to believe anything and leave the Church.

I was left feeling stupid for being drawn into the Catholic Church by the very people that she was picking apart. The priests that she condemned as pushing people out of the light and into darkness are the very priests that have pointed me back to God during tough times in my own faith walk. These people supposedly responsible for leading so many to Hell are actually the very ones that have kept me from writing off religion entirely. People who were willing to hear me compassionately without condemning me, people who accepted and loved me where I’m at, with no strings attached. The people who were more concerned about showing God’s love through the way they live and interact with others than they were about getting every little doctrinal duck in a row.

The Christians that are quick to condemn others and make long lists of requirements a “real Christian” must illustrate, are the ones who drive me away from religion. Like I said a moment ago, I have nothing against people with strong religious opinions, their intense faith and beliefs are a credit to them. But when those opinions prompt them to condemn and marginalize anyone who doesn’t line up just right, those are the people I have a hard time being with, those are the blogs I will never follow. I know that my faith can’t handle it. It’s when I’m around fundamentalists, that I am sure that I am a certified Atheist who should just give up on religion already. Anyone who thinks that all but an extremely select group has got it completely wrong, smacks of my fundamentalist upbringing, and I am trying so hard to find a faith that doesn’t end up just as toxic.

According to my fundamentalist parents, Catholics are either going to Hell, (or walking a very fine line along the edge of Hell) because of their “lack” of personal relationship with Christ and their “faulty” beliefs. According to Catholic fundamentalists, my parents are going to Hell because they are ex-Catholics who have rejected the one true Church. According to both, I am going to Hell. Because I am not living my life in fear, obsessively trying to obey and please “their” God at all times. In the end, no matter how different they insist they are, fundamentalists are in every religion, and they are all the same. Not only do they assign followers of other religions and the non-religious to Hell, they call down Hell fire and condemnation on any member of their own religious group who looks different, thinks different or acts different from the way they do. Fundamentalist’s will label these judgements as a “truth” issue, because everyone who follows the “truth” would look, think and act exactly the same as they do.

I no longer see religion as a sort of “get out of Hell free card” (if you get it right that is). Honestly? If God is someone who wants to send me (and everyone else who hasn’t hit on the exact formula for “truth”) to Hell, then I don’t want to spend eternity with him anyways. Trying to please another narcissistic abuser just has no appeal for me, Hell or no.

April 15, 2011 Gentle Parenting Tools: Recognize Feelings
Recent Comments
0 | Leave a Comment
"As a new mom, even if my daughter is a toddler now, weaning is really ..."
Lynn Toh Weaning my Tandem Nursed Toddler
"So, I came across this post for the first time today, two years after it ..."
Sheila Warner Finally Heard? The Duggar Aftermath
"Just wanted you to know that I keep checking occasionally for updates, and I hope ..."
William Burns Brave New Life: Part 7: The ..."
"> How does that make sense?It saves them lots of money."
Tim Locke How I lost my fear of ..."
Browse Our Archives
Related posts from Permission to Live