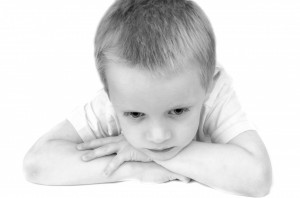 We’ve called out abuse. We’ve talked about this. For years survivors of the fundamentalist christian homeschool movement have told our stories. We asked people to listen, we asked people to help, we asked for some sort of protections to get put into place for isolated homeschooled children. We’ve pointed out the dysfunction as one by one, the leaders of the movement covered up scandals or were toppled by them.

We were called bitter. We were told that we were the only ones, that we were alone in our experience. We were admonished that while one or two homeschooling extremists might have issues, we were sensationalizing to suggest that it was more than that. We pointed out the teachings that were considered mainstream and normal within the movement, and were told that our parents just went about it wrong, that those teachings weren’t inherently problematic, just enacted badly.

Then, another outspoken member of the movement got found out as a child molester, but this time he also happened to be a reality TV star. And for the first time, people seemed to hear. Articles on actual news sites finally started asking the questions, wondering if perhaps the fundamentalist quiverfull homeschool movement wasn’t the wholesome cute alternative lifestyle they thought it was. Finally, writers are shocked by the teachings we’ve been trying to explain the dangers of, for years. Finally. FINALLY.

And as I see headlines on ATI, Quiverfull, and extremist homeschooling finally brought to light, I also find myself frustrated. Frustrated that it took a tv star going down, to finally be heard. And given how fickle people are in their loyalty to celebrities, I wonder how long will it last before the public decides to brush it under the rug for the sake of entertainment? And then the voices of the children of the extremist homeschool movement get drowned out, and forgotten, again. While the HSLDA continues aiding and abetting abuse, campaigning to change and eliminate laws that could possibly help, and educating the parents in these extremists movements exactly how to evade the law and cover up abuse.

Many of those of us who grew up in this movement feel this frustration. We are angry. We are angry that we were told to shut up and sit down for so long. Angry that no one would listen when we tried to explain. This extremist homeschool movement has used their privilege as white christian americans, to cover up abuse. And even when it does come to light, oftentimes victims are shushed, lectured, punished, and everything is “dealt with” in house. Because as long as the perpetrator claims to be sorry, the faith of the movement dictates that everything must be forgiven (which is code for forgotten) even if no one ever faced consequences, even if no one got help, even if the abuse continues.

Can the publicity of this scandal finally be the catalyst for reform for the thousands of children in the extremist homeschool movement? Is there finally going to be a push for some universal educational standards for homeschooling? Will Child Protection Services and Law Enforcement be better trained to recognize abuse even though the house may be clean, the parents are white, and there may be no obvious substance abuse? Is there finally going to be some recognition of children’s rights not to be beaten under the guise of “corporal pu 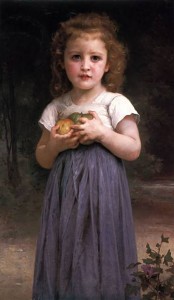 nishment“? Not to mention “homeschooling” used to isolate LGBTQ kids, leaving them without recourse or options.

I personally know 3 different homeschool children (from 3 different families) who were sexually abused (and know of so many more) are we finally going to recognize that sexual abuse can still happen within the “good christian family” ? Survivors of sexual and physical abuse who grew up in this culture are numerous. They share similar experiences. This isn’t an isolated occurance, it comes out of the teachings and lifestyle of this movement.

I’m not saying that Homeschooling should be banned, but it shouldn’t be used to isolate and control children, or hide abuse. Like any freedom (such as driving) there should be guidelines and requirements to ensure safety and equality.

September 26, 2015 Brave New Life: Part 7: The Journey Continues
Recent Comments
0 | Leave a Comment
"e"
Psycho Nautilus Untitled
"As a new mom, even if my daughter is a toddler now, weaning is really ..."
Lynn Toh Weaning my Tandem Nursed Toddler
"So, I came across this post for the first time today, two years after it ..."
Sheila Warner Finally Heard? The Duggar Aftermath
"Just wanted you to know that I keep checking occasionally for updates, and I hope ..."
William Burns Brave New Life: Part 7: The ..."
Browse Our Archives
Related posts from Permission to Live