Rather Dead Than Queer

I’m so cripplingly lonely. I have parents that think I shouldn’t be allowed to go out with friends more than once every couple months because they don’t want me to make friends that accept my gender. I never get any social interaction, I just sit in my room and listen to indie music and browse tumblr all day. My social anxiety is at an all time high and my stuttering is worse than it’s ever been. -Quote from Leelah’s Tumblr

I remember trying to figure out a way to explain. A way to describe how the rejection feels. Every statement about “god’s plan”, and “god’s design”, pounding it further and further into your head, that god does not love you the way you are, god despises and rejects people like you. Every plea for preserving the family image, and complaint about how embarrassing it is to have an LGBTQ child, rings out as loud and as clear as if these parents were saying what they mean outright,

“We would rather have a dead child, than a queer one.”

As soon as it formed in my mind, I pushed the thought away. Surely parents don’t really think that. Surely a parent wants their child to live. Surely even a child that is a “disappointment”, the child that is an “embarrassment “, or a child that is a challenge to understand, is better than a child lost forever in death. But the thought nagged at me. I started writing about it more than once, but put it away again, because it felt too hard to believe, and too hard to articulate.

But it is true. Those parents who try to “beat the gay out” of their children; manipulate, restrict, control, isolate and otherwise abuse the queerness out of their child, the children get the message loud and clear.

“We would rather have a dead child than a queer one.”

Leelah heard the message, and the pain was too much to bear. And finally one night, she walked out onto a highway, and stepped in front of a truck, to grant her parents wish. She couldn’t NOT be trans, and if even her parents couldn’t love her the way she was, who else ever would?

Both parents make it clear they are mourning a male child. Despite the fact that Leelah did not feel that way about herself. They are mourning a child that they created in their heads, because when Leelah opened up to them about who she was, they responded by telling her that she was wrong, and doing everything they could to make sure she never opened up further. They insisted that they loved their son unconditionally, they just didn’t support “that” (referring to Leelah being trans) religiously. The choices were pretty clear, keep pretending to be the boy we love, or we won’t love you anymore.

“We would rather have a dead child, than a queer one.”

Leelah talked about her struggle on her Tumblr (which has since be deleted), as well as her Reddit account.

Leelah’s story hit me hard for several reasons. I’ve been the child whose parents put their faith before their children. I remember being 17, and feeling as though I would erase a blot from my family by killing myself. I remember being isolated, and having every outside interaction heavily controlled by my parents. I remember feeling hopeless, unable to believe that it could ever get better. I was homeschooled, as a means of isolation and religious “protection” from the outside world. I am also married to a Transgender Woman, and I am so glad she was able to hang on, because if she hadn’t I would never have known the amazing beautiful person she is. Leelah’s story illustrates why my Haley never breathed a word to anyone until she was an independent adult, despite knowing that she was trans from a very young age, it was too dangerous to reveal something like that in the conservative circles we grew up in.

I understand believing religiously that being LGBTQ is wrong, I was raised to believe that myself. Obviously those beliefs would affect how you parent a queer child, which is sad. But even in the context of her parents putting their faith before their child, they could have said “we are so sorry we aren’t ready to be comfortable with this yet” “we want to learn more” and “we will love you even if you make the decision to transition as an adult.” Instead, they cut her off from anyone who would be even verbally supportive of her, by taking her out of school, taking away her phone, monitoring her online interactions, extremely limiting her interactions outside of their home and control. They made it clear that they would never accept her as a girl, they told her she would never be a girl, and that if she tried to be herself she would always be ugly and mannish (seriously, if any parent said these things about how their teenage cis-daughter looked, it would be considered emotional abuse.) They told her god sends people like her to hell.

They did everything they could think of to shame her into giving up. And after shutting up, trying to hide who she was, and doing her best to be who they wanted her to be, she finally did give up.

Because their religion dictates that it would be better to bury your child, than let them have hope. 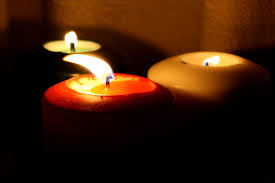 But Leelah’s parents can’t just breath a secret sigh of relief that no one ever has to know that god blessed them with a “defective” child. Instead of being able to pretend to be the perfect christian family, burying their son lost in a tragic accident, Leelah’s voice was heard. No amount of their pretending that Leelah was the child they wanted changes the fact that she was different, and that she knew she was not wanted.

I’m glad that she can’t be erased, despite their deleting her blogs and pretending she never existed, Leelah lived.

Her final message, was that something needs to change, and something does.