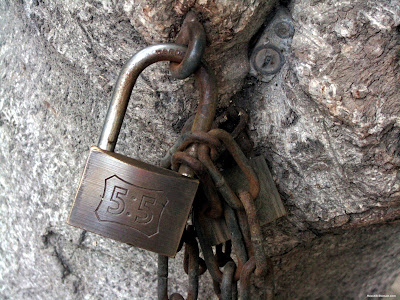 As many of you know, my spouse and I got married young after a short parent-supervised courtship. We began our marriage “the right way” according to everything we believed. We had obeyed our parents and stayed pure from emotional relationships or sexual activity, so when we got married neither of us had ever been intimate with any other person. We were wholeheartedly committed to our Christian beliefs at that time, feeling certain that birth control was wrong in almost any circumstance and that men should be the family leaders and women should be submissive. My husband was in seminary to be a Christian minister and I was a stay-at-home wife. We worked together to start a church for homeschool families with a strong emphasis on faith practices in the home and we used our experience growing up in conservative homeschool families to encourage them. We talked about how homeschooling had protected us from the world, and how well courtship worked to keep young people pure and got them into solid god-honouring marriage. We prayed together, read our bibles together, and sought to follow God’s will in everything.

But none of this changed the secret that we never really spoke of.

One day we were flipping through the channels on the TV (TV was still pretty new to me at the time) and we happened onto a Tyra Banks show where there were Transsexual people talking and competing in a fashion show. I knew hardly anything about transsexual people. As we watched the tall thin women on the screen talk about how they used to be men, I felt uncomfortable. But I could tell that my spouse was very interested in the show and even seemed to know a lot more about what was going on than I did. When I asked him how he knew so much about transsexuals he said that he had read some about them on the internet. I began to worry that perhaps his struggle on the internet involved transsexual porn. But we continued our little tradition of confession, contrition, and prayer in reference to the periodic slips into “sin” on the internet, and I never asked for more detail.

Life went on – we had two children now – and my spouse finished seminary and simultaneously became interested in the Catholic church. We read through the entire catechism together and felt a strong pull to be in a religious system that had such firm beliefs, strong structure and accountability. But so many factors had set us up for a life in ministry, and we now had the qualifications and training needed. We took a call to a church, excited to be taking a step to serve and encourage a community of Christians.

We were both relieved to be done with graduate school. We were exhausted from juggling two children, long school hours, and a difficult church plant. Our family life got better right away. Instead of long hours away working, my spouse was able to get his work done and be home more often. He began getting involved with the kids for the first time and was becoming a better parent. We had our third baby together and he learned how to change a diaper and even began cleaning up some around the house. Living a thousand miles away from family with our many small children was challenging. We only had each other for support and our relationship became closer and more intimate than ever before. I truly felt like we were best friends, able to share anything with each other.

So one night in the early spring of 2010 when he confessed to me that he had once again seen “bad stuff” on the internet, I decided to ask for more detail.

“When you talk about seeing stuff on the internet, is it about transsexuals like we saw on the Tyra Banks show that one time?”

I wasn’t sure when I had ever seen him this uncomfortable, but he had always been such a terrible liar, I think he knew it would be pointless to try and dodge the question.

“Um, yeah. Actually that is what I am talking about. I try to stay away from it, but eventually after a few months I find myself reading about them again.”

I felt sort of bewildered.

“What is transition?” I asked. He looked at me cautiously.

“Well, a transsexual feels like they do not belong in the body they were born in, and sometimes they start to live life as the opposite gender, that’s called gender transition.”

My heart was pounding in my ears, but I plowed ahead.

He hesitated a moment, then he breathed in and took the plunge.

“I think it’s that I could be one. I’ve felt like my gender doesn’t match me for a very long time.”

I was surprised by how calmly I was hearing this, and yet at the same time I was freaking out. What did this mean? How could my spouse be saying he was a transsexual? He had never said anything about this to me! I had hardly any idea of what being transsexual even meant. In my sheltered upbringing the closest my parents had come to the topic was a veiled reference “transvestites” and how they were confused messed up people who refused to accept the way God had made them and were usually sexually abusive and predatory. But this explanation did not add up to my sweetheart sitting on the couch with me. My spouse was an intelligent, loving, creative person. He was gentle and caring. I could trust him with anything. He was a devoted spouse and parent. He was a pastor who spent hours every week researching and writing for heartfelt sermons and visiting and encouraging the elderly and sick in our congregation. And I knew I loved him.

That night, I think the most prominent emotion for both of us was fear. I was afraid of the vast unknown ahead. He was afraid that I would despise him. We were both afraid of God’s anger and being misunderstood by practically every single person we knew.

We held each other and cried together. 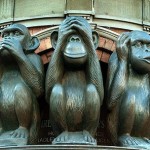 Nonreligious
Re-Post: Lies we tell ourselves about abuse
Permission to Live
TRENDING AT PATHEOS Nonreligious