I rolled out of bed late Monday morning and when we eventually turned on the Television, the Presidential inauguration was in full swing. At some point the name of Martin Luther King Jr was mentioned and Ms Action announced “I know about Martin Luther King, there is a song about him!”

“That’s why you are off of school today, it’s a holiday to celebrate Martin Luther King.”

As a 5 year old, I had no idea who Dr King was. Actually, as a 15 year old I had no idea who he was. Sure I saw the holiday on the calendar, but other than his name and the fact that he was black, I didn’t know much else. I had a basic understanding of the Civil War from the reading I’d done, but other than Harriet Tubman and the underground railroad, I had little understanding of the racism in the USA or the black leaders who had fought so hard for their people’s freedom. It wasn’t until I did more reading as an adult that I learned about the Civil Rights Movement and the fact that racism hadn’t magically ended with the Civil War.

As someone who grew up conservative, isolated, homeschooled and disallowed computer access until I was 18, there are many holes in my education, holes that I still continue to fill to this day.  In many school subjects I was given a very selective, prejudiced, or minimal view that was presented as absolute fact. For example, I was taught that humans never actually went to the moon, that the government had created an elaborate hoax and filmed the whole thing in Arizona somewhere. After all, “if man had really made it to the moon, than how come we never went back?” Imagine my shock when a few years ago I watched a documentary on the multiple space missions.

I feel like I often find myself in this position, sitting in front of my computer with my jaw dropped open, learning widely known things that I never knew.

I had never heard of the Civil Rights Movement. I didn’t know about Rosa Parks refusing to leave her seat on the bus, or the massive boycotts and sit-ins that resulted from her arrest. I had never heard of the unpunished murders of Emmit Till and countless others who were killed by white people who were later acquitted by all-white juries. I did not hear Dr Kings famous “I have a dream” speech, or know about his controversial and still challenging stances on poverty and war, or the circumstances of his death until I was 24 years old. Seeing this painting in a Norman Rockwell Calendar at my grandma’s was the only indication I had that there were once separate schools for white children and black children. 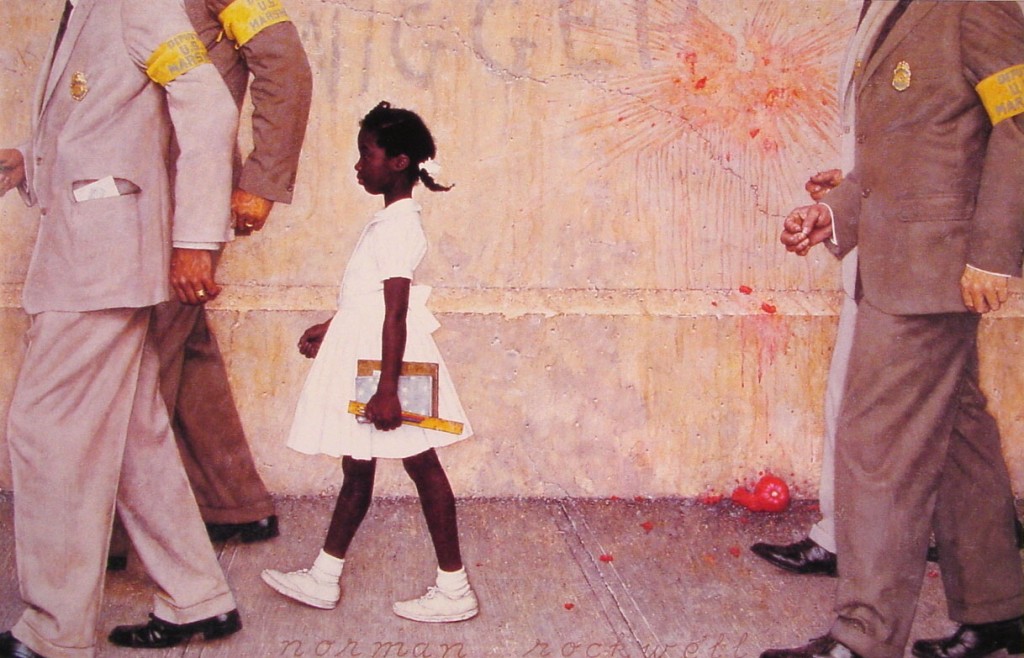 Somehow, the legal racial segregation and persecution that had plagued our country for 100 years after the civil war ended was forgotten and left out of my education.

I hear many homeschoolers talk about experiencing a black hole where others chat about band class and prom and modern musicians, and I feel that as well, pop culture is still a new discovery. But another angle of unregulated homeschooling can be the misinformation about or omission of actual historical events, some of them hugely important.

I am thrilled to see my daughter learning about things I never knew. I don’t think that it’s OK that I didn’t know about these things. It’s one huge concerns I have for the continuation of homeschooling in the United States. 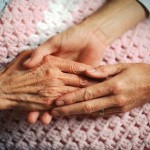 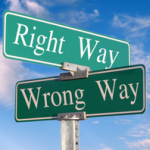 January 30, 2013 "Natural"
Recent Comments
0 | Leave a Comment
Browse Our Archives
get the latest from
Nonreligious
Sign up for our newsletter
POPULAR AT PATHEOS Nonreligious
1

Josephus, and the Lies Christians Tell...
Roll to Disbelieve
Related posts from Permission to Live