The Rights of a Child

Patheos Explore the world's faith through different perspectives on religion and spirituality! Patheos has the views of the prevalent religions and spiritualities of the world.
The following is one of my few rants I’ve allowed myself on this blog. But don’t take my word for it, watch the fear-mongering preview yourself, and be sure to read the UN convention as well.

Michael Farris is at it again. Can you believe that our government doesn’t provide exclusive rights in the constitution for parents to control every single aspect of their child’s life? Even worse (Dun… Dun… Dun…) the USA might decide to sign the UN conventions rights of a child at any time, and then Christians probably won’t even be allowed to be parents anymore. (Never mind that every other country in the world has agreed to this form, with the exception of Somalia who doesn’t have any government to sign it.) 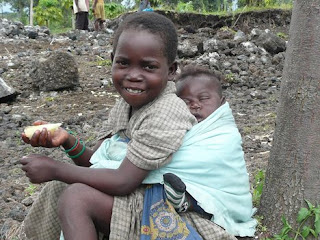 In this exciting new documentary, Michael Farris and his cohorts illustrate vividly (with the usual bad Christian acting) the evils that can happen when children actually have rights.

Your children may be read children’s stories in school that depict a family consisting of something other than Mom, Dad and 2.1 children. Gasp! Can you believe that they are reading anything that might illustrate the reality of over 50% of families in the world today? There is no way you can repair the immense damage done by a book read in Grade school (You know, by like talking to your child or explaining your beliefs and values as well as respect for others) because once a child hears a children’s book like this, nothing you say will ever influence them again. Watch this terrifying preview, and you will see how if you as an angry parent rush to the school and rage threateningly at the butch female principal, you will be dragged to a police car while the school officials watch sinisterly from the window.

In this preview, you will see the scary courtroom proceedings of a teen aged son who dared to disagree with his parents’ church attendance habits. You will watch as the gavel falls and the judge declares that the son must only attend church a measly once a week. You will see the shock on the parents faces, as they refuse to believe that they actually have to discuss anything with their child, or ever compromise in any way. They are the parents after all, don’t they have exclusive rights to dictate every aspect of their child’s life? Because of their apparent lack of communication and negotiation skills, they let this go all the way to court, hoping that someone else could force their teen aged son do exactly what they told him to do, only to have the judge mete out a compromise? How dare anyone defy their ultimate authority? 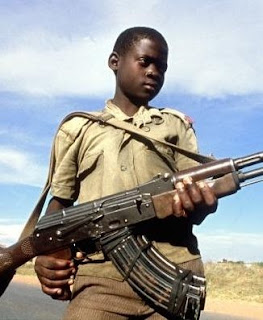 The UN rights of a child is so dangerous to families (particularly American families apparently, since the rest of the world seems to still function despite having ratified this treaty) that is not enough to just keep our government from signing this evil document that argues that children have the right to an education and should not be subject to child labor, we must add an amendment to our constitution to insure that American parents will always be able to “control and direct their child’s upbringing”. Heaven forbid anyone can ever step in to confront the almighty parent, father always knows best after all. If we ignore these dire circumstances, pretty soon “every parenting decision will have to go through the filter of the UN”. (What? You are going to potty train your 3 year old? Better get it screened by the UN first.)

Act now! Because not only does this evil treaty put the rights of every parent at risk, it also puts children in danger of being “exploited and abused”. Because saying that children have the right to clean water and should not be forced to be a child soldier is just taking advantage of them. And never mind that 81% of child abuse is inflicted by the child’s parents, that’s just what big bad government wants you to believe, so that they can get away with their wicked scheme of exploiting the entirety of the world’s children through bureaucracy. We have to “protect children by empowering parents” because if we just pretend hard enough that abusive parents don’t exist, they will all just go away.

And of course, they are asking for money, big surprise there.

August 15, 2011 The Rights of a Child: Part 2
Recent Comments
0 | Leave a Comment
"As a new mom, even if my daughter is a toddler now, weaning is really ..."
Lynn Toh Weaning my Tandem Nursed Toddler
"So, I came across this post for the first time today, two years after it ..."
Sheila Warner Finally Heard? The Duggar Aftermath
"Just wanted you to know that I keep checking occasionally for updates, and I hope ..."
William Burns Brave New Life: Part 7: The ..."
"> How does that make sense?It saves them lots of money."
Tim Locke How I lost my fear of ..."
Browse Our Archives
get the latest from
Nonreligious
Sign up for our newsletter
POPULAR AT PATHEOS Nonreligious
1