The Rights of a Child: Part 2

Patheos Explore the world's faith through different perspectives on religion and spirituality! Patheos has the views of the prevalent religions and spiritualities of the world.
After writing my rant last night, I’ve been thinking that this post may deserve more clarification. 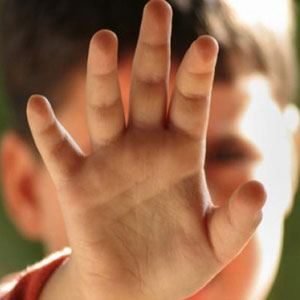 Several months ago, my mom was spouting off against the government and Child Protective Services in a phone conversation, saying that they should never have a right to “break up families” and I pointed out that while some families need to be separated, most of the time the family is just helped and educated, not split up. I recalled a certain time in our family when I feel that Child Protective Services would have been helpful. She acknowledged that there had been a problem, but maintained that she would have listened to a church member or neighbour if they had confronted her. I reminded her that we were not attending church at that time of our life, and that I had begged her to make the abuse stop the day it was happening and she had not listened to me. She replied that the reason she did not listen to me was because I was only a child, if an adult had intervened, she would have done something. I gave up on the discussion at that point, but 2 weeks later my mom sent me some information from “the parents rights amendment”. She’s sent stuff like this to me before, but it brought out the frustration anew. Why are these parents so afraid of government recognizing that children have rights?

Because deep down, they know that they are doing something wrong.

I grew up in a family that does not believe that children have rights. Children are the property of their parents, heart mind body and soul. They basically have the same rights as slaves used to in the south. These conservative homeschooling parents control every aspect of their child’s life. They decide what their children are allowed to be interested in, how they will spend their time, what clothes they must wear, if and what they will be educated in, and whether or not they will be given health care. Some in the patriarchy home school movement, do not believe that they should educate their daughters beyond the 8th grade, because they will be stay-at-home moms someday, and therefore have no reason to be educated.

I used to believe it all. I was terrified of the government as a child. My parents told us that if people saw us outside during school hours, we would get taken away and put in foster homes where they would make us go to school. I remember crawling underneath the windows in the front of the house, because I was afraid someone outside would see me and call the police. One time a family friend knocked at the door during school hours, and my sister ran to open it. I heard the commotion from the other end of the house and ran in the kitchen screaming “don’t open the door!!” and when I rounded the corner and realized that the door was already open and there were no policemen waiting to take us away, I shrank away in embarrassment. I remember being outside and hearing the screams of a sister being spanked for what seemed like an eternity, and besides that usual sick feeling in my stomach for what she was going through, my main worry was that since the window was open, someone might hear and call the police. One time when I was babysitting my siblings, a chair got knocked over and broke the dining room window. I cried, and yelled at all the kids that now someone would see the broken window and think that dad was a drunk who beat us, and they would call the police.

When I actually read the UN convention for The Rights of the Child a year ago, I cried. There were people who actually believed that children are fully human? That they have the same rights to health, happiness and opportunity that adults have? I read in print for the first time the rights I want my children to have, including the rights I never had as a child.

People may argue that the UN rights of the child is redundant. We know that kids need to be protected, that’s obvious, right? But the USA can still use improvement. I found out later that a neighbour had heard my sister screaming that day, but they didn’t call the police, they thought it was funny. There are still people today who can see a broken bleeding child, and accept the parents’ explanation that they were a brat and “deserved it”.

I still have a hard time even today, believing that children don’t deserve to be hit and mistreated. I saw it with unseeing eyes every day in my home growing up. When my sister recently shared a childhood memory of “discipline” that became abuse, I was physically shaking thinking about what had happened to her. I had a vague memories jumbling around in my head. Is it possible that my sister had tried to confide in me when I was a teenager, and I’d done nothing to help her? I don’t know. Regardless of whether I knew what had happened that particular time or not, I know what my response would have been. “You shouldn’t have been rebellious, you should have been obedient, you should have done what you were told and then this never would have happened to you.” I would have said those things, because I truly believed that children deserved to be treated badly. I believed that we had no rights. I told myself that I was the problem, I was the bad one, and so were my siblings.

Parents are allowed wide discretion on whether or not to bring their child to the doctor or to use homeopathic remedies instead of standard medicine. When my baby brother was a year old, he got pneumonia and was very very sick for over a month. I remember being scared at the amount of weight he was losing, and redoubled my prayers for him since dad would not allow mom to take the baby to the Doctor. My mother was forbidden from chiropractic care for her back problems, because it could involve a man (other than my father) seeing and touching her body. Sometimes the denial of medical care can result in permanent disfigurement, or even death. What if this 11 year old girl with undiagnosed diabetes in Wisconsin had know that she had a right to medical care? Maybe she could have gone for help as her health declined, instead of relying on the prayer of her Pentecostal family as she died. Maybe someone in her family could have called 911 sooner, if they only had known what help was available, and what rights children have. But no, they trusted in the family and their interpretation of God, and the girl died. Her story is not the only one.

The United States is the only western country in the world which still allows corporal punishment in the public schools of 20 states. And unlike countries that put limits on age and amount of physical punishment allowed, parents in America are allowed to physically punish their child with a belt, paddle, (or other impliments) however they feel like as long as there is no permanent disfigurement or death. We have a long way to go in recognizing the rights of a child. And instead of working to protect children in abusive homes, Michael Farris wants to amend the constitution to make it even harder for these children to gain safety from their parents.

August 17, 2011 The Decision that Changed my Life
Recent Comments
0 | Leave a Comment
Browse Our Archives
Follow Us!