I wanted to follow up a bit on my recent post citing Larry Hurtado’s prophetic denouncement of the increasingly common acts of injustice toward Christian faculty members.

The following are reasonable parameters to follow when administrations find themselves, for whatever reason, at odds with a colleague, who is also a brother or sister in Christ.

1. Christian colleges and seminaries have every right to establish theological parameters that are consistent with their mission and understanding of fidelity to the gospel. Academic freedom does not mean “anything goes.”

2. Those institutions should be open to exploring the legitimacy of internal critique of their theological traditions, lest they ossify and come to exist not to further the mission of God but to preserve their identity no matter what.

3. Faculty who feel they may be approaching the perimeters of theological parameters, or who want to explore issues in a more hypothetical manner, should remember they are part of a system and are obliged to engage their institutions in conversation.

4. Leaders of these institutions, as academic institutions, have an obligation to create and support such cultures of engagement so that faculty who enact #3 are not held to be immediately suspect or dangerous.

5. Leaders who deem a colleague theologically unfit to continue must follow not only common decency and secular law, but must go far above and beyond such minimal measures and uphold the law of Christ, where his followers think the best of each other and are determined to seek the good of the other as if they themselves were subject to criticism.

6. Faculty manuals must include a grievance  procedure, to protect all parties, and all parties, particularly those in power, must be scrupulous in following these procedures to the letter, even going the extra mile to insure protection of the faculty member.

7. As difficult as it is to raise funds for higher education in our current economic climate, short-circuiting justice

and godliness in favor of the private demands of often unnamed “influential” members of the constituency, whether board members or donors, is immoral. Similarly, threats of withholding financial support, or threats of political backlash, channelled through presidents or other high ranking administrators violates not only common decency but a fundamental requirement of any person in positions of influence in Christian institutions: that they model for faculty, administrators, and students, what a godly life looks like. Backdoor politicking, which invariably involves gossip and slander, is to be condemned.

8. At no point in the process should a perceived quest for power over the institution be tolerated by any party.

9. If it is deemed just that a faculty member needs to move on, in no way should any party agree to anything other than communicating the truth to the school and constituency, though without offering details that might unnecessarily lead to unnecessary and harmful speculation or undue harm to either party. If the previous steps are adhered to, #9 will fall into place easily.

10. Throughout the process of termination, particularity in view of the volitile economic climate, the faculty member must be shown due care and consideration for financial stability during a typically trying transition. A fair settlement must be offered (laid out publicly in the faculty manual) rather than fought for tooth and nail, with the understanding that it can take at least a year or two before reasonable and reliable alternative employment can be secured.

From what I have seen over the years, these parameters are hardly the rule of the day among those who claim to be laboring in the kingdom of God, which is marked by humility and love.

Something is very wrong with this picture.

May 1, 2012
Walter Brueggemann and Scripture as Counter-Imagination to the Empires of Man
Next Post 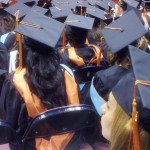 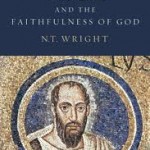 Evangelical
a random thought on being shapers of our...
Peter Enns
TRENDING AT PATHEOS Evangelical