Einstein: God is Good at Math, but the Bible is “Pretty Childish” (and what I would say to him about that) 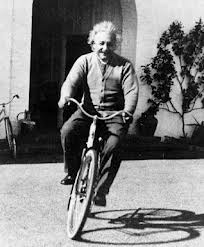 In yesterday’s Atlantic, a story appeared about a letter Albert Einstein wrote, now up for auction, wherein he expressed himself on his religious beliefs. To summarize: God as a super mind behind the universe, thumbs up; the Bible, well… not so much.

The bidding started at $3,000,000 (or roughly what Alex Rodriguez makes hitting .133 in an average postseason, but I digress).

The author of the article, Rebecca J. Rosen, offers the following as a key passage:

The word God is for me nothing more than the expression and product of human weaknesses, the Bible a collection of honorable, but still primitive legends which are nevertheless pretty childish. No interpretation no matter how subtle can (for me) change this. These subtilised interpretations are highly manifold according to their nature and have almost nothing to do with the original text.

Translation: The Bible was written a long time ago in a pre-scientific era and so talks about the world in a way that we today cannot accept as anything but legends. You can interpret the Bible as creatively and subtly as you want, and the problem won’t go away, mainly because your “interpretations” leave the texts far behind.

Einstein felt that all religion made a caricature of God by placing upon God “childish analogies” of human culture, such as God as father (or king, or shepherd, or anything else). Even the word “God” is a problem, as we saw above. Rosen explains:

That’s not, however, because Einstein rejected the notion of God, but because he took the idea of God very seriously, elevating it above a religious conception to a mathematical one. To Einstein, the elegance of the phsyics [sic] guiding the universe were God’s handiwork, the mark not of a humanlike being that maintains control over the world, but of a divine beauty in nature’s laws.

Another way of putting it is that the Bible can’t actually “contain” God; it simply gives us that which reflects ancient ways of thinking and knowing. Or to put it in Freudian language (as Einstein did), our God-talk is intellectual “props” and “rationalization.”

Try and penetrate with our limited means the secrets of nature and you will find that, behind all the discernible laws and connections, there remains something subtle, intangible and inexplicable. Veneration for this force beyond anything that we can comprehend is my religion. To that extent I am, in fact, religious.

If Einstein were alive and sitting here next to me, this is what I’d say:

“Al (if I may), thanks for sharing your thoughts with me, and may I say you speak perfect accent without the slightest 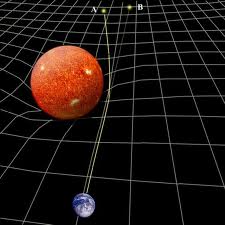 hint of English (haha). No, but seriously, you put your finger on something that is unquestionably true: the Bible reflects how ancient cultures thought. And yes, God is not fully contained in a book.

But let me push back a bit with a paradox that gets at the heart of at least Christianity (and probably Judaism, but I’ll let you handle that for yourself). We believe that your über math geek God, the great mind that makes the universe run, the ‘force’ as you call it that lies behind the comprehensible world, also subjected himself to human weakness, which is the thing you have such a problem with.

Yes, God-talk and Bible are an “expression and product of human weaknesses,” as you put it, but maybe this is a paradox God likes to humble all of us–even people like you who have figured out that gravity bends light or time slows down the faster you go.

And, by the way, when you call God a ‘force’ who is really good at math, maybe for God that is also a ‘childish analogy’ God is cutting you some slack over, but we can talk about that next time.”

At this point I fantasize that Einstein would sit there agape, wondering how he could have missed such a profound yet obvious problem with his own theory (that God wouldn’t possibly be caught dead mingling with people). He would then beg me to stay and speak with him longer, hanging on my every word like Philip’s Ethiopian eunuch (Acts 8).

But I digress, again. The larger point here is this: maybe it’s not an either/or.

As dumb as it sounds, maybe God can be that way out there incomprehensible force or whatever and still participate in human weakness. Maybe God likes it that way. Maybe the childish stories of the Bible show that. Maybe.

That doesn’t solve everything, but at least it’s a place to start. If anything, at least in my private world, I would have schooled Einstein.

[By the way, if anyone is looking for a good biography of Einstein, a read Walter Isaacson’s Einstein: His Life and Universe

a couple fo years ago and learned much about Einstein the man.]

October 7, 2012
Jesus, Women, and the Universe (and it all hangs on the Yankees)
Next Post

Evangelical
10 New Testament passages that shape how I...
Peter Enns

Evangelical
10 Old Testament passages that shape how I...
Peter Enns