Trying to Believe in God (or, listening to your inner atheist)

Maybe I need to get out more often, or maybe I need to have a less selective group of conversation partners, but this is my experience.

You go through your day hoping to catch a glimpse of him, a “God moment” as it were. But more often than not God is a no-show. Up there, out there. Somewhere, just not here.

Go to church. Read the Bible. Speak the right words to those who ask. More a reflex than who you really are and where you really are.

Sometimes you just want to open up and have an honest moment, but that is a big risk. What will people think?

Why does this have to be so hard? Why is believing in God like trying to hold three huge beach balls under the water’s surface?

Over the last couple of weeks I’ve been thinking about this again, because of some experiences I’ve had with others, both in church and also at the academic meeting in Chicago I just returned from (the annual Society of Biblical Literature meeting).

Normal people have all sorts of issues in trying to believe in God. Academics (and those interested in the academic study of the Bible and theology) have another layer of problem: deep intellectual challenges about things like the origins of Israelite religion (the Old Testament) and of the Jesus story (New Testament).

How much of this is historical and how much is fantasy? Who wrote all of this stuff and when? Is any of it true or just more ancient opinions to which we can and should bid a fond farewell?

Academics who are also trying to believe in God live in these questions more often than not, especially those coming from conservative backgrounds. I hear a lot of this, and I heard a lot of it in Chicago this weekend.

No simple solutions, at least not from me. But I will say two things:

(1) Holding together faith in God, whom we do not see, and the daily grind, which is in our face 24/7, is a tough sell–and more often than we might want to admit sometimes.

Writers of Old Testament psalms wonder “what’s the use?” (Psalm 73), and one writer feels like God is completely absent, with only darkness as a companion (Psalm 88). Another writer says, in effect, “life sucks and God is to blame” (Ecclesiastes).

I’m not saying that these parts of the Bible magically relieve the stress. I am not saying that with a little more faith the problems (academic or life) will disappear. But it might be worth knowing that built into the Christian faith is an A O.K. for letting go of the beach balls once in a while.

No need to role play. No need to be careful to keep up a good image. If others don’t get it now, they likely will soon enough.

November 12, 2012
Who Needs a Historical Prometheus...uh, I mean Adam?
Next Post 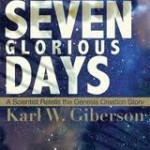 November 25, 2012 A 7-Day Creation Story for the 21st Century: Is, pray, such a thing even possible? (answer below)
Recent Comments
0 | Leave a Comment
Browse Our Archives
Related posts from Peter Enns

Evangelical
well, at least the Old Testament has one...
Peter Enns
TRENDING AT PATHEOS Evangelical