The Deeper Scandal of the Evangelical Mind: We Are Not Allowed to Use It

Mark Noll’s 1995 book  The Scandal of the Evangelical Mind

hit a raw nerve when he declared “The scandal of the evangelical mind is that there is not much of an evangelical mind.” He argued that Evangelical scholarship had a minimal presence in doing serious academic research, and that they need to–and can–do better.

His followup book in 2011, Jesus Christ and the Life of the Mind

, is Noll’s theological vision for how to move forward–and I don’t mind adding that Noll devoted about 15 pages discussing my 2005 book Inspiration and Incarnation: Evangelicals and the Problem of the Old Testament

as a (not “the”) constructive model for moving forward.

Noll’s books have been a wake up call for many and I think his comments are perceptive and penetrating.

Recently, Rachel Held Evans added an important dimension to this discussion. She posted that a deeper problem than the evangelical mind is the scandal of the evangelical heart.

What rocked Rachel’s faith wasn’t the failure of the evangelical intellectual project, but the “failure to maintain emotional integrity”–seen, for example, in the emotional detachment some show toward Canaanite genocide in the Bible. Why are so many Evangelicals “fine” with it? Because it’s in the Bible. End of discussion.

Rachel has a solid point. I would add the scandal of the evangelical heart includes the manner in which controversies are handled–by which I mean differences of opinion that quickly become “controversies” with a giddy sense of anticipation for the hunt.

Back to Noll. I have felt for years that, as right as he is, Noll may be too optimistic.

In my experience, the real problem isn’t simply a failure on the part of Evangelicals to engage the world of thought. Evangelicals earning higher degrees and publishing their findings in the wider intellectual community isn’t what’s needed.

The real scandal of the Evangelical mind is that we are not allowed to use it.

Calling for Evangelical involvement in public academic discourse is useless if trained Evangelicals are legitimately afraid of what will happen to them if they do.

A more basic need is the creation of an Evangelical culture where the exercise of  the Evangelical mind is expected and encouraged.

But, with few exceptions, that culture does not exist. The scandal of the Evangelical mind is that degrees, books, papers, and other marks of prestige are valued–provided you come to predetermined conclusions.

Biblical scholarship is the recurring focal point of this type of scandal.

*Sure, dig into evolution and the ancient context of Genesis, but by golly you’d better give me an Adam when you’re done.

*Knock yourself out with scholarship on the Pentateuch, but make sure at the end of it all you affirm that Moses basically wrote it.

*Be part of cutting edge archaeological studies, but when you’re done we want to see you affirm the historicity of the exodus and conquest of Canaan pretty much as the Bible describes them, regardless of what others say.

*Do whatever work you need to do, but when the dust settles, explain how your conclusions fit with inerrancy.

The scandal of the Evangelical mind is that doctrine determines academic conclusions.

Behind all this is a deeper problem. Evangelicalism is not fundamentally an intellectual organism but an apologetic one. It did not come to be in order to inspire academic exploration but to maintain certain theological distinctives by intellectual means. These intellectual means are circumscribed by Evangelical dogma, though avoiding Fundamentalist anti-intellectualism.

As an intellectual phenomenon, the Evangelical experiment is a defensive movement. This raises some obvious questions for me.

Is Evangelicalism self-corrective enough to not only allow but to encourage the exercise of mind, to risk the possibility of discovering that theological change is needed?

If not, the deeper scandal of the Evangelical mind will continue. 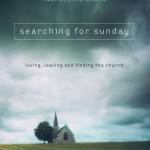