How to avoid biblical archaeology food fights: one archaeologist’s advice

This recent post by Steven Collins concerning the role of archaeology and the Bible (namely, the Old Testament) is worth looking at. I don’t endorse it completely, but I find what he has to say generally to be a good starting point. Read it for yourself and see what you think.

Collins’s main issue is with the extremes of “minimalists” and “maximalists.” The former tend toward a default skepticism about the historical value of the Bible, while the latter holds a skeptical posture toward archaeological evidence that is seen to undermine biblical literalism and/or inerrancy.

The heart of the article is here:

I think there is a better way to approach this—a reasonable, scientific methodology that is willing to go wherever the evidence leads and, if necessary, set aside preconceived ideas about biblical origins and narratives in favor of a more fair and balanced treatment of both archaeological and biblical data. If both ‘sides’ are willing to admit that no scholars are infallible or in possession of all the facts, then we can view points of correspondence (or lack thereof) between text and tell with better objectivity.

As a remedy, Collins advocates a “dialogical” approach, which he sums up under five points.

As I said, I think this approach is helpful as a general orientation.

I don’t know Collins’s work, but my gut tells me there is some latent apologetic agenda here, though I am happy to be wrong. (Note his school’s doctrinal statement:”…we humbly submit our minds to the Bible by embracing Scripture [the ancient Hebrew Tanakh and the New Testament] as the only written, divinely inspired representation of reality given by God to humankind, speaking with absolute authority in all matters upon which it touches.”) Still, his advice is sound: be open to evidence from wherever it comes and don’t give in to extremes as a matter of philosophical bias.

Having said that, note that Collins admits that the dominant trend among archaeologists is minimalism, though not necessarily the highly charged extremist variety. There are real reasons for this minimalist trend, especially concerning pre-monarchic Israel, and I am left wondering how Collins would address this. For example, what is Collins’s view concerning the conquest of Canaan and the exodus, both of which are at odds significantly with archaeological data. How would Collins’s call for balance be implemented here?

Collins’s own archaeological work, which he references in the article, is at Tall [i.e., Tell] el-Hammam, a large Bronze Age (between 3600-1700 BCE) site, whose “design and complexity is unparalleled in the southern Levant.” Collins suggests some connection between this site and Sodom, but his more central point in this article is that he found this site by taking seriously the geography of Genesis 13-14.

I think pointing out how and where the Bible aids in the study of ancient history is great, provided we maintain the balance and objectivity Collins has already called for.

Simply put, no one should simply conclude that geography “proves” the historicity of Genesis 13-14, a conclusion that I fear some might quickly jump to (Collins does not, at least here). Just as reasonable (and I feel much more reasonable) is the following scenario: the biblical stories, written during the monarchic period at some point, echo distant tales and memories of the region, perhaps experienced by Israel’s distant ancestors or simply adopted from the general lore of this region.

Anyway, as I said, the post is well worth reading.

October 14, 2013
The Christian College and the Crisis of Faith--and why that might be a good thing
Next Post 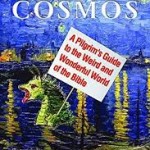 Evangelical
everybody...put the camel bones down and step away...
Peter Enns
TRENDING AT PATHEOS Evangelical