“If They Only Knew What I Thought”: The Sad Cycle of Evangelical Biblical Scholarship

I’ve had far too many conversations over the last few years with trained, experienced, and practicing biblical scholars, young, middle aged, and near retirement, working in Evangelical institutions, trying to follow Jesus and use their brains and training to help students navigate the challenging world of biblical interpretation.

And they are dying inside.

Just two weeks ago I had the latest in my list of long conversations with a well-known, published, respected biblical scholar, who is under inhuman stress trying to negotiate the line between institutional expectations and academic integrity. His gifts are being squandered. He is questioning his vocation. His family is suffering. He does not know where to turn.

I wish this were an isolated incident, but it’s not.

I wish these stories could be told, but without the names attached, they are worthless. I wish I had kept a list, but even if I had, it wouldn’t have done anyone much good. I couldn’t have used it. Good people would lose their jobs.

I’m getting tired of hearing the same old story again and again. This is madness.

Folks, we have a real problem on our hands, and everyone has to bear some responsibility. Here’s the familiar scenario. The “best and brightest” students in Evangelical seminaries work hard and are encouraged and aided by their professors to pursue doctoral work. Many wind up going to some of the best research universities in the world.

This is a feather in everyone’s cap, and often they are hired back by their Evangelical school or elsewhere in the Evangelical system.

Sooner or later, these professors find out that their degree may be valued but their education is not.

During graduate school they begin to see issues from a different perspective–after all, this is what an education does. An education does not confirm what we already know, but exposes us to new things in order to broaden our horizons.

Once they start teaching, they bring with them the excitement of learning new things, some synthesis of old and new for their students, because they feel such conversations are necessary for intellectual and spiritual health.

But Evangelicalism does not exist to create these conversations, but to keep them from happening–or perhaps from getting out of hand. Decision makers are gatekeepers, and they rarely have the training or the inclination to walk the same  intellectual and spiritual path. A strong response is inevitable.

This leaves these scholars to ponder how to engage that conversation with their students carefully but with integrity–which is to consign themselves to a life of cognitive dissonance. Either that or they bury their academic and spiritual instincts for fear of losing their jobs.

This is what happens to the “best and brightest” Evangelicals.

I regularly hear the counter-complaint that such cognitive dissonance is their own fault. If they had only towed the line and stuck with the system, they wouldn’t be under this stress. Had these scholars been more mature, more spiritually self-aware, they would not caved in to the unholy nonsense they were hearing in their doctoral programs.

Had they been more capable of separating the chaff from the wheat, had they done a better job of plundering the Egyptians rather than imbibing their poison, they would have continued in the straight and narrow.

I have heard this many times, but it is gatekeeper propaganda. It is false. The scenario is too common in the history of Evangelicalism to be dismissed like this. It is a cycle repeated generation after generation, but not because there is something deeply flawed about the students. The problem lies, rather, in that the same apologetically driven, and inadequate, answers to perennially difficult questions keep being repeated in the classroom.

Once students leave the environment where such apologetics is valued, they find that the old answers are often inadequate, and in some cases glaringly so. When they return to an Evangelical context, they try to work toward some synthesis to bring old and new into conversation, but too often that very attempt, however gently put forward, is deemed out of bounds. And so, they either keep quiet or look for another job.

They often feel–and I’ve heard this many times–that they have been lied to by their teachers. I’d like to relay one anecdote. In one seminary I know a former student, now professor, felt ill-prepared by his seminary at the initial stages of his doctoral work. He had gotten straight As in seminary and done stellar work in his language classes. But he was lost in negotiating the new ideas he was encountering and had to do a lot of catching up.

He asked his former professor, now colleague, why he was sent to graduate school with so many gaps in his learning. The answer: “Our job was to protect you from this information so as not to shipwreck your faith.”

I would replace “your faith” with “our system” and then I think we are closer to the truth.

This sad, recurring, generational cycle in Evangelical biblical scholarship is not an indication of the incompetence of the dissenting biblical scholars, too weak or stupid to know not to get too close to the flame, too eager to drink from the wine cellars of unbelieving presuppositions.

It is, rather, an indication of the inadequacy of the Evangelical system, where the best Evangelical minds trained in the best research institutions have to make believe they don’t know what they know.

As long as that dynamic continues, this cycle will continue. I should probably start making that list–even if I can never use it.

This post originally appeared a year and a half ago, and it remains one of my most visited and shared posts. I thought this would be some new readers might find this of interest.

October 3, 2013
The Compatibility of Christianity and Evolution: Honest Answers to 5 Pressing Questions
Next Post 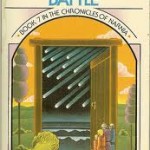