“Where was God when my brother was freezing to death on Mt. Hood?”

“Where was God when my brother was freezing to death on Mt. Hood?” October 26, 2013 Peter Enns

Three years ago in Christianity Today, Frank James wrote about his brother Kelly’s death in 2006 while mountain climbing in Oregon. Since June of this year, James is president of Biblical Theological Seminary in Hatfield, PA, not 5 miles from I sit typing this in my home office.

Given our close proximity, I took upon myself to contact him, email him, and otherwise stalk him to get to know him a bit more. We recently sat down over a pint at the local watering whole (though he prefers merlot, and this gives me a project to work on), where we were discussing, among other things: God, faith, trust, why we like Episcopalians, and how our life journeys seem to be just that–journeys.

James recounted to me the whole story of the deep grief and pain of losing his brother and how that drove him to come to terms, perhaps for the first time, with the mystery of life and faith, and how suffering seems to be the prerequisite for such a transformation. That got me thinking to go back and read his CT piece and I’m glad I did. The link above will take you there, and I think many of you will resonate with James’s experience.

Here is a brief preview:

One question haunts me: Where was God when Kelly was freezing to death on Mount Hood? For me, it is not whether I should ask such a question, but how I ask it. One can ask the question in a fit of rage, shaking one’s fist at God. Many of us, if we are candid, have done that. But once the primal anger settles to a low boil, we can—and, I would submit, should—ask the question.

I am not suggesting that mere mortals can stand in judgment of God or call him to account. God does not report to me. But an honest question posed from a broken heart is to my mind a good and righteous thing.

To ask this hard question is an act of faith. It presupposes a genuine relationship in which the creature actually engages the Creator. If God is my Father, can’t I humbly ask why he did not come to Kelly’s rescue? For me, to not ask this question would be a failure to take God seriously.

So, where was God? I don’t know. I may never know…

For those who want to get to know Frank James better, you should check out his new 800+ page volume (co-written) on the history of the church from the pre-reformation to the present day, entitled in that creative, grabby way that academics are known for, Church History, Volume Two: From Pre-Reformation to the Present Day: The Rise and Growth of the Church in Its Cultural, Intellectual, and Political Context

. As a side note, James told me about the section he wrote on contemporary American evangelicalism and the rise of biblical inerrancy in the 19th century, and that alone is worth the price of admission.

And did I mention his PhD is from Oxford with an expertise in the Protestant Reformation? Did I also mention he is a Dallas Cowboys fan, and we’ll see how that goes in Eagles country….

October 25, 2013
the contradictions of evangelicalism and the crisis of authority--a note on a new book
Next Post

October 28, 2013 meteorologists: those godless liberal heathens
Recent Comments
27 Comments | Leave a Comment
Browse Our Archives
get the latest from
Evangelical
Sign up for our newsletter
POPULAR AT PATHEOS Evangelical
1 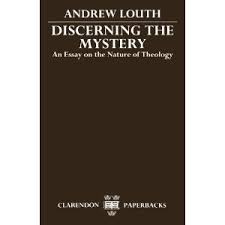 Evangelical
experience teaches us to be radically undogmatic
Peter Enns

Evangelical
the gift of darkness (or, why being bored...
Peter Enns
TRENDING AT PATHEOS Evangelical