In his book Between Heaven and Mirth: Why Joy, Humor, and Laughter Are at the Heart of the Spiritual Life

, James Martin tells of the time when Cardinal O’Connor, the Catholic archbishhop of New York, was at a fund-raising dinner.

At the end of the meal, the master of ceremonies made his way to the microphone and plodded through a long list of all those who had helped with the dinner. Unfortunately, he had a poor memory and forgot everyone’s name. Each time he forgot a name, he would pull out a little note card from his pocket to help him remember.

Finally, he said, “And now Cardinal O’Connor will come to the dias and give us his benediction.”

The cardinal walked up to the podium and said, “Almighty God, we thank you for all the blessings you have bestowed upon us. And we do this in the name of your Son, um…[he slyly pulled out his own little note card and glanced down]…Jesus Christ.” (pp. 51-52)

I’m sorry, but I just think this is so funny.

Martin feels that humor should be a central component of the spiritual life, but, speaking of his own Roman Catholic tradition, he laments that humor, “is seen almost as a strike against a church leader, when it should be seen as a requirement” (p. 51). So, he  wrote a book arguing the opposite and threw in a bunch of jokes like this one.

I understand he’ll be here all week and he asks that you tip your waitresses. 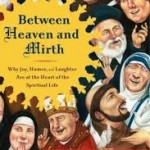 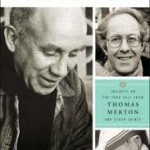 Evangelical
What if God just wants you to discover...
Peter Enns