most pastors are failures–and it’s OK to talk about it June 11, 2014 Peter Enns

My friend and Lansdale neighbor J. R. Briggs has just published his latest book Fail: Finding Hope and Grace in the Midst of Ministry Failure

. Failure is common among pastors, and it’s one of those things that’s hard to talk about, and hence gets buried as a shameful secret.

J. R. is taking the bull by the horns and talking about it.

My first exposure to J. R.’s vision for talking about the failure in ministry was several years ago at his first “Epic Fail” conference here in Lansdale (2011, I believe). There were probably about 50 pastors in attendance, many local but others who drove half-way across the country and slept in their cars because they couldn’t afford a hotel. 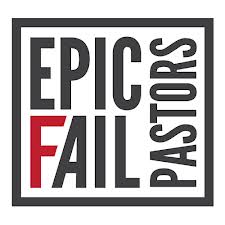 They just needed to be there.

They recounted their own stories to each other of dashed unrealistic expectations (their own and of others) and feelings of guilt, depression, and worthlessness.

J. R. clearly had his finger on the pulse of a major problem and decided, instead of poor pastors secretly driving across the country to attend a conference, he would take the show on the road. Several such conferences have since occurred.

This book is the fruit of those experiences and will be a tremendous source of encouragement for pastors who fail.

Here is the Amazon blurb:

“I thought God had called me to plant this church. Why did we have to shut our doors after only three years?” “I was at my breaking point. Then I got the news that our nine-year-old daughter had leukemia. I would have quit ministry forever, but I had no other employable skills.” “False accusations were made against me and my family, wrecking our reputation permanently and forcing us to leave not only the church, but move out of the area.” “I’ve served my church for the past 27 years and I’ve grown that church from 150 to 24 people.” What do we do when we’ve failed? Some ministries are shipwrecked by moral failures like affairs or embezzlement. But for most of us, the sense of failure is more ordinary: disillusionment, inadequacy, declining budgets, poor decisions, opposition, depression, burnout. Many pastors are deeply broken and wounded, and we come to doubt that God has any use for us. J.R. Briggs, founder of the Epic Fail Pastors Conference, knows what failure feels like. He has listened to pastors who were busted in a prostitution sting or found themselves homeless when ejected from ministry. With candid vulnerability, Briggs explores the landscape of failure, how it devastates us and how it transforms us. Without offering pat answers or quick fixes, he challenges our cultural expectations of success and gives us permission to grieve our losses. Somehow, in the midst of our pain, we are better positioned to receive the grace of healing and restoration.

You can see the video trailer here.

June 10, 2014
"Cosmos" and Christianity (or any religion, for that matter)
Next Post 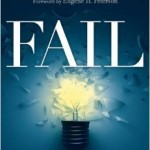