The 10th installment of our “aha” moments series is by Chris Tilling, Lecturer in New Testament at St Mellitus College and Visiting Lecturer at King’s College London. He is the author of Paul’s Divine Christology

, co-author of How God Became Jesus

, and editor of the recently published Beyond Old and New Perpectives on Paul

. He appeared in the documentary, From the Dust: Framing the Debate and blogs at Chrisendom (which, I need to warn you, is a bizarre experience–I dare you). He is married to Anja who, everyone agrees, is stupidly out of his league. His hopes to vicariously live all of his unfulfilled dreams through his new son, Karl Lucas Benjamin, who is already being marked out as the first ever multiple Major winning PGA Golf Professional and World Champion Chess Grandmaster.

[PE: And just for fun, see how many British spellings you can find.]

I’ve really enjoyed the posts in this series, thanks to all contributors. I cannot expect to match their eloquence, especially as I write these words while on paternity leave. So expect some drowsy, below the belt, out-of-order British sarcastic humour below!

I’m kidding, of course. Having just had our first, I’m totally in love with our new son and I’ve never smiled so much. Right now I think everybody is wonderful.

Even my old pastor who declared all car CD players are “of Satan” because it stopped his flock listening to his sermon tapes when driving!  He was a lovely man, don’t get me wrong, and he always meant well, but he also instructed me not to go to University to study theology but rather get a job in McDonald’s “to keep me humble.”

He was worried, of course, that I would lose my faith (yes, I went anyway and didn’t lose my faith). So, yes, I’ve come from a theologically conservative background. Ken Ham this, dinosaurs-lived-with-humans-as-seen-in-Job that.

Sometimes I miss those days. Everything was straightforward. And most foundational of all: the Bible was the inerrant Word of God! The logic employed in defence of this dogma was obviously circular, but it was supposedly “God-ordained”, so who could object?!

Try backing out of that beauty! Parsed more formally, this would tend to run as follows:

(A) The Bible is God inspired. (B) God cannot lie (according to the Bible). (C) Therefore, the Bible is true in all that it affirms (whether those affirmations be about history, science or whatever).

Slightly more sinister, however, was the way fear attached to this circular reasoning. Anybody who disagreed with this was simply deceived (probably by Beelzebub). Best to stay behind a safe wall of Christian academics more intelligent and learned than I. Let them deal with the difficult questions about two creation accounts, Gospel contradictions, the archaeopteryx, Adam’s missing bellybutton etc.

Even at University, because of that fear, I didn’t make the most of my studies. Rather than downing Barth, Sanders, etc., I stuck to my safe and sure Ken Hams, Benny Hinns, Reinhard Bonnkes, and Josh McDowells. Only on slightly more intellectually venturous days would I read real scholarship, and then only someone considered “safe” such as Don Carson.

But during my studies, I had one key “aha” moment that began to chink away at my unhelpful armour.

, in which he argued that the circular logic noted above is simply not biblical! The Bible itself undermines it because God seemed happy to allow discrepancies to remain in the Bible (all of which were easy to look up and read without the need to accept the claims of “liberal biblical scholarship”).

Instead, he argued, an inductive approach, one which refused the deductively logical wringer of inerrancy, allowed the Bible itself to shape our doctrine of Scripture. I could thus read and love the Bible for what it is, not what it isn’t (i.e., inerrant in every detail Chicago Statement on Biblical Inerrancy-style).

But it was not until I decided to begin postgraduate work that things really started to shift for me. In the process I realised that I was beginning to join the “safe wall,” those Evangelical scholars who knew the answers to the tough questions. And slowly but surely, and to my great consternation, I realised that the “safe wall” of believing scholarship was not at all what I had expected.

One particular “aha” moment came when listening to a Walter Brueggemann lecture on “The character of God in the OT.”

Brueggemann pointed out that the Bible could say some astonishingly strange things about God, for example:

Rather than whipping out an “answer” to these issues, he just let them sit there, undecorated and without cosmetics.

Boy did that guy screw with my head! But as a result, no longer could I accept a clear, unambiguous line between “what the Bible says” and “what we must all believe” (these issues, I later learnt, were elaborated under the heading “Israel’s Counter Testimony” in his Theology of the Old Testament: Testimony, Dispute, Advocacy

Thankfully, I remembered Goldingay’s arguments, and this begun a complete reconstruction of my views, something facilitated by great distance from my earlier conservative Christian roots, as I was now surrounded by amazing Christian theologians at Tübingen University.

There it started to become clear that a biblical grasp of the Bible demanded that tensions and, yes, contradictions, factual and, yes, theological problems in Scripture needed to be taken seriously.

Confronted, not dodged, embraced as God-ordained, not “explained away” by some doubtful apologetic manoeuvre that would only convince the desperate.

Otherwise I would indeed not hold a biblical view of scripture.

In a nutshell, I began to see that to speak of the inspiration of this text means to take seriously the phenomenon of that text!

Of course, this realisation was accompanied by further scrutiny of the dodgy “original autographs” get out clause, and other such matters relating to “church tradition” and the like, but the real “aha” moment was realising that inerrancy (at least understood in Chicago Statement terms) did not take the Bible itself seriously enough. Ta dah! I was liberated from the vicious theological circle!

My unleashed theological appetite paved the way for constructive “aha” moments, too.

I came to understand that Paul, in the Corinthian correspondence, engaged with so-called “knowledgeable” Christians. They knew correct theological propositions (e.g., “there is no God but one”), but they were deploying them in ways that damaged others. Paul responded by explaining that they did not “have the necessary knowledge” (1 Cor 8:2), which involved “loving God and being known by him” (8:3).

This Pauline relational form of knowing helped me to grasp a truly high view of scripture without thinking it all hinged on whether or not the bunnies historically hoped two-by-two into the ark (or was in in sevens? … Genesis 7:2-3).

Instead, corresponding with this relational motif, if I regularly read the Bible with the delighted expectation that God would speak to me, if I lovingly memorised parts and meditated on passages, turning each word slowly over in my mind, that was a high view of scripture, and one which didn’t need to dodge real questions.

In reading Barth, I also came to see that the Bible is the Word of God in so far as it points us to The Word of God, Jesus Christ. So appreciating Scripture as Scripture, was theologically relocated from arcane modes of isolated propositional communication (often understood in post-enlightenment categories) into the context of God’s gracious movement to us in Christ (a Trinitarian category).

And reading it as inspired meant trust not in the often extremely weak arguments of creationists, pop-apologetics, etc., but instead in terms of trust in the kindness of the self-revealing Trinitarian God.

Ultimately, I rejected the circular logic of Chicago-style inerrancy for missiological, biblical, critical-historical, and theological reasons.

Now I’m trying to live out a high view of Scripture, one which is faithful to the tradition, the phenomenon of scripture itself, and can even revel in questions and thrive in engaging problems without fear.

I do not, of course, claim to have it all figured out – loose ends, puzzlement, doubt-filled and existentially troubling questions are sometimes a dominant part of biblical spirituality, as we see in the Psalms – yet my “aha” moments have breathed fresh and wonderful life into my reading of scripture. 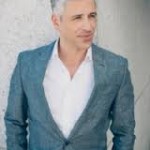 Evangelical
is there payoff for the church in reading...
Peter Enns
TRENDING AT PATHEOS Evangelical