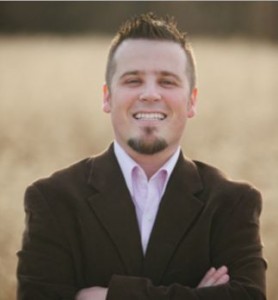 Today’s “aha” moment, the 17th in the series (and counting) is by T. Michael W. Halcomb (Ph.D., Asbury Theological Seminary, in New Testament), founder of the Conversational Koine Institute, a language teaching outfit that seeks to help folks learn ancient languages via a conversational and immersive approach. He has four degrees in biblical studies and has authored nearly a dozen books, including his most recent, Mark: GlossaHouse Illustrated Greek-English New Testament. Halcomb’s website and blog can be found at http://MichaelHalcomb.com.

My journey into biblical scholarship has consisted of many ups, scores of downs, and a whole host of “Aha! Moments.” Like many, I can swap war stories, talk about battle wounds, and probably go on for the better part of a day about the ways that I have experienced both disappointment and exhilaration as a scholar travelling this road. There is certainly a learning curve to it all.

In truth, I should say from the jump that biblical scholarship was actually not something I had a deep or abiding interest in throughout my time in Bible College. I had no plans to pursue scholarship as a career; I simply wanted to be a youth minister who, in time, would graduate up to the role of a preacher/pastor.

Time, however, was witness to a dramatic shift in my life because on a whim, two weeks before graduation I applied to a seminary, ended up receiving a scholarship to do my M.Div., and followed that lead.

Almost serendipitously, one of the initial and catalytic moments for me came not in the classroom but rather in the going-out-of-business bookstore.

One afternoon as I was browsing, I found a book by Bruce Malina & Richard Rohrbaugh titled Social-Science Commentary on the Synoptic Gospels

. When I cracked open that cover and started to read it was like scales began falling from my eyes. I was so enthralled that I dropped everything else, sat down in the floor, and stayed there a good while.

I use the Pauline imagery of scales because for me, this was a moment where I began to see the text of the Bible in a new and profound way.

While I knew that the Bible was ancient, it was at this point that this fact really started to sink in; indeed, it dawned on me that I had basically been shrugging off this temporal gap.

The more I reflected on this, the more I realized, as I’ve stated in People of the Book: Inviting Communities into Biblical Interpretation

, that there’s a great difference between understanding the Bible as a receptacle of timeless truth and as a vessel of timely truth, that is, truth revealed in history and scriptural conversation.

For the duration of my time as a young Christian—I didn’t become a devout “believer” until near the end of my junior year of high school—I both knew and believed that the Bible had meaning. Now, however, I was beginning to understand that this “meaning” had to be understood within the context of antiquity first.

The revelation that Scripture’s meanings were not meant to be filtered through my modern American lenses, especially not first and certainly not foremost, was pivotal for me. It also meant that I had a lot of study to do, that I needed to focus on ancient language, culture, history, and the like.

Immediately, I began taking that fact seriously and as soon as I finished my M.Div., I devoted myself to earning an MABS (Master of Arts in Biblical Studies) degree and shortly after that a PhD.

To be sure, while I know that I loved and revered the Bible prior to this, the fact is, I had been treating this sacred text more like an evangelical Swiss army knife than anything: a verse-a-day morning devotional tool, a spiritual defense coordinator’s handbook, a ruler to measure my spiritual progress against others’, a crystal ball that predicted the future, and a Sunday school lesson generator.

Moving away from such a paradigm, a paradigm that actually caused me to revere the Bible much less than I do now, these days, as I wrote a few years ago in People of the Book

, I see Scripture as sacred dialogue and God-inspired conversation.

The Bible, consisting of various types of literature which was composed by scores of different types of people, stretched out across an immense span of time, is not a mere monolith. The texts of the Bible, purposefully and strategically situated together, converse with each other in the midst of temporal, cultural, and authorial variety.

This sacred conversation invites all subsequent generations to jump in and participate.

Instead, it is to say that the God who initiated this great, sacred dialogue, has invited us to not only be conversation partners with one another but also with him. Interestingly, this is quite what prayer is all about too—sacred conversation paired with sacred listening.

Attentiveness to what is being said, being open to what is being said, and not putting the words of my predetermined conclusions into the mouths of Scripture’s writers, all started with the recognition that the world in which the writers of the Bible lived, moved, and had their being, is incredibly different from my particular socio-cultural context today.

Admitting that is not merely a move of honesty for me as an interpreter, it is a move of paying due reverence to this text, to this sacred conversation that has been preserved, passed down, and participated in by many saints through the ages. That’s humbling!

And to me, one of the most exciting things is to be able to engage in this conversation in the biblical languages. I’ve been so deeply and profoundly moved by this that reading in say, Greek or Hebrew (with doses of Aramaic and Latin) is not merely enough, but acquiring the ability to speak and think in these languages has become such a huge part of my life.

When I started college a decade and a half ago, I would have never imagined that I’d be working in the ancient languages in this way today, engaging in the Bible’s conversation in this way, and perhaps best of all, helping others to do the same. What a joy! 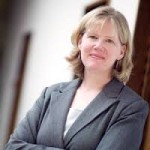