I just needed to hear this today–and no I’m not becoming Roman Catholic, so calm down, though it’s not the worst things that could happen, and some of my best friends are Catholic, and even if you’re rabidly Protestant and think Catholics are just plain wrong and unbiblical and shouldn’t allowed near your children and pets you should still be able to get something out of this, for heaven’s sake, if you’re willing to overlook a couple of things (as I do), unless you think the Eucharist/Lord’s Supper is a snack to tide you over before you go home, in which case you should probably stop reading.

The Incarnation Mystery is being repeated and represented in the Eucharist. Here we have material reality, in the form of these universal foods of bread and wine, as the hiding place and the revelation place for God.

We are reminded that God is always perfectly hidden and perfectly revealed in the material world. This is the Cosmic Christ presence.

If we deny that the spiritual can enter the material world, then we are in trouble, since we hope to be just that—spiritual and fully material human beings. We had best encounter Incarnation in one focused, dramatic moment, and then the particular truth has a chance of becoming a universal truth, and even my truth.

The 16th question in the Baltimore Catechism, “Where is God?” is answered straightforwardly: “God is everywhere.” The summit of Christian prayer is accomplished when you can trust that you are constantly in the presence of God.

You cannot not be in the presence of God! Where would you go? As the psalmist says (Psalm 139:7-9), if you go up to the heavens or underneath the earth, you still can’t get away from God. God is either in all things, or God is in nothing.

In the Eucharist, we slowly learn how to surrender to the Presence in one place, in one thing, in one focused moment. The priest holds up the Host and says, “See it here, believe it here, get it here, trust it here.”

Many people say they believe it here, but they don’t make the transference to everywhere—which is the whole point!

They don’t seem to know how to recognize the Presence when they leave the church, when they meet people who are of a different religion or race or somehow strangers. They cannot also trust that this person—every person—is created in the image of God.

Jesus spent a great deal of his ministry trying to break down the false distinctions between “God’s here” and “God’s not there.” He dared to see God everywhere, even in sin, in enemies, in failures, and in outsiders. Usually, early stage religion is not yet capable of that, but fortunately God is patient.

From Daily Meditation, September 25, 2014 [I reformatted the paragraphs]

October 8, 2014
on writing gooder and even more gooder books
Next Post 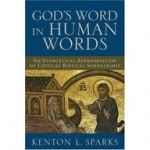