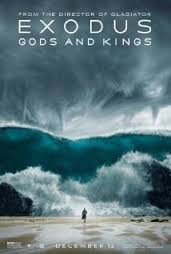 I just saw Exodus: Gods and Kings, preparing myself for 2’20” of absolute nonsense, judging by most of the reviews I’ve read.

But I honestly don’t know what all the fuss was about. I found the movie to be amazingly accurate, or at least plausible and possibly accurate.

The critics are wrong.

First, I think we need to trust Ridley Scott here, folks. He’s been making movies for a long time, and I’m sure he knows what he’s doing. Just look at his corpus of work, like Kingdom of Heaven, 1492: Conquest of Paradise, and others, all of which intend to be accurate, so they must be presumed to be accurate.

Plus how many of us have made movies? Exactly. Just as I thought.

I think it is only right and logical, therefore, that we begin a priori with the assumption that this movie is accurate until it is absolutely 100% certain that Scott has been inaccurate–and even then we should still give him the benefit of the doubt and assume that the fault is in our own errant interpretive skills.

It’s quite fashionable among the movie elite to criticize Scott, but I think that needs to stop. It’s just wrong. So very wrong.

One of the things Scott has been criticized for is portraying God as a 10 year old boy with a British accent and an anger problem who likes inflicting pain. But I ask you, what could be more plausible?

What makes me say that? Logic, that’s what. First, can you think of a better explanation for why God crushes humans left and right in the Bible every 3 pages like he’s stepping on an ant hill?

Of course not, so you need to leave open the possibility that God could be a 10 year old boy, thus giving Scott the benefit of the doubt. Otherwise, by closing off that possibility, you are arrogant and your God is too small.

Another complaint people have is that most of the people in the movie are white. But again, can you be absolutely sure that they were not?

After all, none of us were there. And whatever pictorial depictions of Egyptians we have are open to interpretation–unless you are arrogant and close off all possibilities but your own. As for Israelites, the oldest and best depiction we have is from the 9th century Black Obelisk, but that is very late and drawn by Assyrians, so we cannot assume its accuracy.

We also have to remember that archaeology is a very young field (only 130 years old) and is therefore subject to the mere whim and unexamined philosophical biases of those leading the expeditions. We can’t fully trust their findings until we can be sure that they are absolutely free of bias.

This is why I have no reasonable reason to doubt the accuracy of (1) Moses leading an army to fight against the Egyptians, which included the guerrilla tactic of blowing sky high the Egyptian food supply or (2) Egyptian chariots, navigating dangerous mountain roads in chasing the Israelites through the wilderness, ending up in a 20 chariot pile up with a good number of them falling off the edge into the rocks below.

Sure, there’s no actual “evidence” for these things yet, but I’m sure if we’re patient evidence will one day be found and published in a journal someplace that will overturn the current ivory tower “scholarly” consensus that these things never happened.

And bear in mind–I don’t mind repeating myself, because this is key–that these things could have happened;  it’s not completely impossible that some smaller supply of food was blown up or maybe a far fewer chariots in a high speed chase spilled over the side of a mountain, and that these accounts were slightly exaggerated later on while still maintaining their “essentially historical” character, even though not a shred of archaeological evidence can be found.

But how could it? It is unreasonable to expect that kind of evidence to remain, so the only reasonable conclusion that does justice to the movie is that it likely happened, and to think otherwise is to claim omniscience, which is blasphemy.

We also need to remember that the Egyptians would never ever record anything that made them look bad–even so public an event like a mass release of 100s of 1000s of slaves and the total decimation of their economy not to mention their standing army. Even though every other nation around them spun defeats–blaming them on their own gods’ anger for some breech of contract–the Egyptians would never ever do that. So it is unreasonable to expect the kind of historical verification our biased modern minds expect.

Remember, too, that Scott is quite the movie producer. As I listed above, many of his other movies show tremendous attention to historical detail so we can presume the same of this one.

Yes, he does dabble in fiction and fantasy movies (G.I. Jane, Blade Runner, Prometheus, and Cats and Dogs), but that doesn’t take away from the historical accuracy of his other works. Plus, even in this movie he has accurately portrayed the 13th c. BCE Battle of Kadesh, where the Egyptians battled the Hittites.

Frankly, the evidence that Exodus: Gods and Kings is at least historically plausible and possible, if not historically accurate, is overwhelming.

Perhaps there is some embellishment–like Wagner or Celtic music (couldn’t tell) playing in the background during the Red Sea scene, or Moses sending a warning message to Rameses written not only in blood on the side of a horse but in Hebrew in the 13th c. BCE, or John Turturro making a remotely plausible Pharaoh Seti, or Jesse Pinkman playing a Charlie Mansonesque Joshua, or Moses finding let alone marrying a Midianite woman who clearly is a swimsuit model on the side, or Sigourney Weaver and Ben Kingsley? seriously?

But all these things need to be looked at carefully without rushing to modern biased judgment about what can and can’t happen. Plus those things don’t take anything away from the essential historicity of the movie.

I think it’s important to battle against biased critics. I hope this has been helpful and gives you more confidence in watching this amazing movie.

December 16, 2014
well, at least the Old Testament has one thing going for it
Next Post 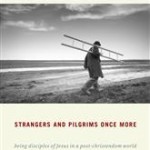 Evangelical
my 5 "best" blogs of 2014 that, as...
Peter Enns
TRENDING AT PATHEOS Evangelical

Technology and Materialism
Technology has undoubted benefits.  But modern technology can bring with it a...
view all Evangelical blogs
What Are Your Thoughts?leave a comment