the Canaanites weren’t the “worst sinners ever”: engaging Copan and Flannagan on Canaanite extermination 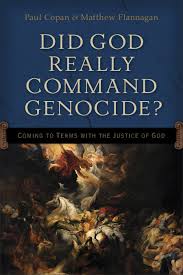 Earlier this month, Jonathan Merritt over at RNS interviewed Paul Copan and Matthew Flannagan about their recent book Did God Really Command Genocide?: Coming to Terms with the Justice of God.

Copan is Professor and Pledger Family Chair of Philosophy and Ethics at Palm Beach Atlantic University, and Flannagan is a philosopher with proficiency in contemporary analytic philosophy based in New Zealand.

The book was released last November. I own it but have not yet read it. Based on the interview, though, I wanted to make several brief comments, from the point of view of an Old Testament scholar who understands their theological concerns but who thinks their handling of the issue leaves some important matters unaddressed.

First, I am very glad to see the authors make a point that needs to be made over and over again, namely describing the biblical accounts of the Canaanite extermination as “hagiographic hyperbole” (a term borrowed from another philosopher, Nicolas Wolterstorff).

“The basic idea is that the accounts of Israel’s early battles in Canaan are narrated in a particular style, which is not intended to be literal in all of its details and contains a lot of hyperbole, formulaic language and literary expressions for rhetorical effect. We argue in our book that the evidence both from within the Bible and from other ancient Near Eastern conquest accounts supports this conclusion.”

This observation, at least in its general outline, is not really disputed among biblical scholars, but is well worth bringing out for a conservative readership.

Both internal literary patterns as well as external parallel evidence indicate quite clearly that we should not expect literal historical accounts from the biblical writers–at least when they recount their military exploits.

Elsewhere in the interview, however, the authors’ line of argument seems to fall into well-known apologetic patterns that I feel are problematic and even undercut their own claim about ancient literary conventions.

Generally speaking, the authors falter on the following 2 points that are working knowledge for Old Testament scholars, and a proper accounting of which would neutralize their arguments–at least as presented in this interview–namely:

On the first point, the authors claim that the command to exterminate the Canaanites was justified on the basis of their extremely wicked behavior. This is a common inerrantist justification, but it remains utterly unconvincing.

It is widely known that the Canaanites were not any worse in the ancient world than others, and that the biblical description of the Canaanites, beginning already with the curse of Canaan because of Ham’s sin in the Flood narrative), is an exaggeration for the purpose of painting their enemies in a negative light–let’s call it “hamartiographic hyperbole” (hamartia = sin). In modern language, propaganda–which the authors euphemistically refer to as “literary expressions for rhetorical effect.”

To suggest that the Israelites were “accurately” describing the Canaanites is a bit of a stretch by any canons of ancient historiography, which the authors claim to be following.

If it is true, as the authors say, that “In the Bible, God appropriates the writing of a human being with the writer’s own personality, character, and writing style,” that would extend to how one’s enemies are portrayed.

In other words, one cannot appeal selectively like this to the literary conventions of ancient authors.

Also, even taking the biblical description of the Canaanites as objectively accurate, this hardly puts the Canaanites on the “worst sinners ever” list. Child sacrifice and ritual prostitution, for example, were certainly practiced outside of Canaan.

On the former, the Bible itself (2 Kings 3:4-27) references King Mesha of Moab, who offered his son on the walls of Kir-hareseth as a burnt-offering to his god (presumably Kemosh) to defend against 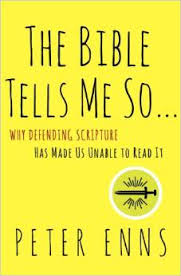 the combined forces of Israel, Judah, and Edom. (And the kick in the pants is that it worked: “…great wrath came upon Israel, so they withdrew from him and returned to their land” v. 27).

It can’t be used to “explain” why God simply had to exterminate the Canaanites as a matter of moral outrage. The issue is purity of the land.  As I put it in The Bible Tells Me So

However immoral the Canaanites were, the real problem isn’t what they did, but where they did it.

They were contaminating the land that God set aside for the Israelites since the days of Abraham and so had to be exterminated. Take any other people group and put them in the land of Canaan, and they would be the ones tasting Israelite steel, and their immorality would be described as the worst ever. Take the Canaanites and put them somewhere else, and we’d never hear about them.

The Canaanites’ main sin was their street address. That is why they had to be eliminated. (p. 51)

Later this week–earlier of we get the foot of snow predicted–I’d like to make a few comments on the 2nd point mentioned above which will address several other problematic claims by Copan and Flannagan.

January 24, 2015
for those of you who ever wondered what it was like to live in the 13th century
Next Post

Evangelical
Canaanite genocide: it's OK because it wasn't THAT...
Peter Enns
TRENDING AT PATHEOS Evangelical