Is Tony Campolo a Bad Parent According to Proverbs?

Last week Tony Campolo wrote about his son’s new position as humanist chaplain at the University of Southern California. What was most disheartening for me was this sentence:

“Since that Christianity Today article, several of my evangelical friends have quoted Proverbs 22:6, contending that scripture validates the claim that if I had taught my son the right values, he would not have departed from the faith at the age of 51.”

Importantly, Tony’s point was that Bart actually is living out the values Tony taught. But can we talk for a second about how common it is for people to think that if I did everything right my kid wouldn’t do things I disapprove of? I don’t like to beat dead horses but this one just keeps coming back like an equine episode of The Walking Dead. So, two quick points that Proverbs itself makes about Proverbs:

Proverbs 26:7 | A proverb in the mouth of a fool is as useless as a paralyzed leg.

First, it’s important to recognize proverbs are not equations or promises that you can hold over God’s head like a court testimony. Proverbs aren’t magical spells just anyone can use.

In fact, they can even contradict each other, as the verses just before these attest: “Do not answer a fool according to his folly or you will be just like him” (Prov. 26:4) followed immediately by “Do answer a fool according to his folly lest he be wise in his own eyes.” It’s no mistake that these verses are next to each other. It’s not written by some amateur hoping no one would notice the contradiction. The contradiction seems to be exactly the point.

Me: “Some jerk just said something idiotic on Facebook. So, which is it, writer of Proverbs — do I respond or not?”

Writer of Proverbs: “Well, those are both true in certain circumstances.”

Me: *Spends embarrassing amounts of time on Facebook over the next 3 years and learns that there are appropriate times to respond and what circumstances lend themselves to such. Picks Proverbs back up in 2018.*

Writer of Proverbs: “I knew you would eventually. That’s kind of the point.”

Using proverbs as though people are robots and life always works according to cosmic equation or rulebook is foolish. That’s using proverbs to deny the need for wisdom when it’s stated purpose is the exact opposite. More practically, if you don’t have grown children and no one asks for your advice, then please shut up about how to properly raise children.

Use them as guides to a nuanced and wise life and they will serve you well. Use them as rules to circumvent using your inexperienced critical thinking skills and they quickly become a weapon (see below).

Proverbs 26:9 | A proverb in the mouth of a fool is like a thornbush brandished by a drunk. 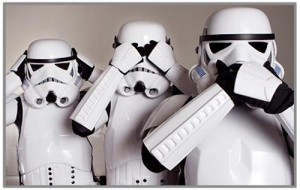 The times I’ve seen people with good intentions use Scripture to unknowingly injure another human are some of my most disheartening in the church. I think Jesus said something similar about a plank and some sawdust. When people who aren’t self-aware and wise about the world try to throw out proverbs as advice they are turning plowshares into swords.

These proverbs are meant to be the tools to grow as God’s wise people — not to poke and skewer our brothers and sisters in our effort to feel safer about our Bible or about the path of our life. When we are in such desperate need to be in control of what is often the baffling realities of life we can hurt ourselves and those around us. I think some of Tony’s “friends” had been drinking too much wine around the thornbushes again.

March 18, 2015
one big reason why so many young people are giving up on the Bible--and their faith
Next Post