On blogging. An interview with King Solomon 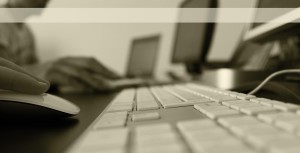 I recently sat down with King Solomon, and he was kind enough to share some thoughts with me about the power of words–whether spoken or typed.

Although he himself personally has never blogged, he does try to keep up with the blogosphere, and he’s formed some opinions on how people speak to each other of Yahweh.

Me: So King Solomon, what are you thinking?

Doing wrong is like sport to a fool,
but wise conduct is pleasure to a person of understanding.

With their mouths the godless would destroy their neighbors,
but by knowledge the righteous are delivered.

Whoever belittles another lacks sense,
but an intelligent person remains silent.

The words of the wicked are a deadly ambush,
but the speech of the upright delivers them.

Fools show anger at once,
but the prudent ignore insults.

Rash words are like thrusts,
but the tongue if the wise brings healing.

Me: So are you saying there is never right to let people have it? I mean really have it?

KS: Did you hear what I just said?

I’m talking about speech as a hate-sport, aimed at belittling, destroying, and landing blows, rashly delivered and driven by anger.

But there are times, yes, when you need to let someone have it.

Whoever winks the eye causes trouble,
but the one who rebukes boldly makes peace.

Me: OK, but so how do we know the difference between words as a hate-sport and words as rebuke?

KS: You learn the difference through gaining wisdom. And if you’re not sure, better to keep from speaking (or typing, as it were).

Whoever belittles another lacks sense,
but an intelligent person remains silent.

Even fools who keep silent are considered wise:
when they close their lips, they are deemed intelligent.

Me: Thank you for your time.

KS: No problem. I’m right here on your desk whenever you need me.

July 20, 2015
please don't panic or cause chaos in the streets, but I have an announcement about my blog
Next Post