Jesus said, “My wife…”, then chuckled and added, “Let’s just leave it there and see what happens in a few millennia.” 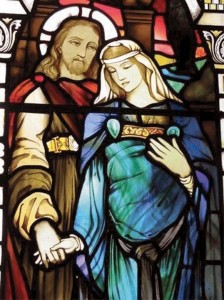 Shortly after I was baptized, my pastor, who was also my spiritual director at the time, was giving the sermon. News stories had just broken about the tomb of Jesus’ family that purportedly included one for Jesus. He began the sermon with the question, Would it matter if this account is true? I was fully prepared for my relatively liberal mentor to follow that with a resounding, “NO!” so I was dumbstruck when instead he said, “Absolutely!” and went on to explain how the physical resurrection miracle was the foundation of Christianity.

Completely separate from the question of whether it is true, the insistence that it has to be true created a crack in my attachment to the relatively conservative form of Christianity I had chosen. For me, the mystical understanding of resurrection is enough. We find ourselves today is a similar situation with a scholar saying they may have found a physical artifact that suggests Jesus was married, challenging part of the accepted understanding of His life.

The being-celibate-is-more-holy anti-marriage stuff comes later, from Paul. And the absence of mention could easily be explained in the same way that many argue mentions of female apostles were expunged or altered during the compilation process from the 2nd through 4th century. Similarly, the mentions of his wife could have been cut, or perhaps changed to “beloved disciple.” (Many already believe that referred to Mary Magdalene, and assuming that’s who Jesus would be married to, if anyone, it’s an obvious leap.)

So we’re left with the question, What if? And my answer is, Fine by me. Fine either way.

If it is true, I like things that humanize Jesus more. And bonus points for shattering the insistence of the Catholic hierarchy that the reason there can’t be married or female priests is that they’re modeling Jesus’ own actions. (Even though there were female deacons in the early church (Rom 16:1) and they’re somehow not allowed now either.)

But I also don’t need it to be true and I don’t see it as an invitation to mock or poke at Christians that find it impossible to accept as even a possibility. This gloating only adds fuel to the partisan fire, and invites retribution if it ends up disproved. Or even if it doesn’t.

But this doesn’t prove anything anyway

The most interesting thing about this whole kerfuffle is that it shouldn’t be controversial at all. What has been found, even if authentic, is not a marriage certificate with Jesus’ and Mary Magdalene’s signatures. It is, rather, an account from 300+ years later that may be asserting Jesus had a wife. Scholars already know that there was debate in the second century over whether Jesus was married. Later, a group of male leaders started codifying Christian dogma and selecting which of hundreds of scriptures would be included in the official canon, leaving out or editing anything that didn’t fit the story they’d settled on. You can believe they were divinely inspired in their choices, of course. So the fact that someone in the 300s wrote an account that had Jesus married isn’t surprising, especially if he was copying an earlier Greek text. As Professor King says in her page on the finding:

From the very beginning, Christians disagreed about whether it was better to marry or to be celibate, but it was over a century after Jesus’s death before they began using Jesus’s marital status to support their different positions. Christian tradition preserved only those voices that claimed Jesus never married, but now the Gospel of Jesus’s Wife shows that some Christians claimed Jesus was married, probably already in the late second century.

(Thanks to Andrew Sullivan for the link to her page. His post has good links to read further.)

First there was the premature celebrating from those claiming this proved Jesus was married, poking a stick in the eye of church patriarchy. This is now already being followed be equally premature gloating from some saying it’s been proven a forgery — that proof being nothing more than some other scholar saying they don’t believe it. When the dust all settles, what we really have here is a fascinating puzzle piece in a much broader process. It is only those with specific agendas, and a media that fuels the fires, that has turned it into something more. What this fragment really offers, if it is authentic, is further evidence that there was a lot more diversity of belief and of practice in the early church than current dogmatists want you to believe.

And because I can’t resist, I leave you with a few possibilities. Jesus said, “My wife…” 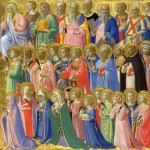 September 20, 2012
What is the "correct" position for a Catholic? -- I respond to a reader comment
Next Post 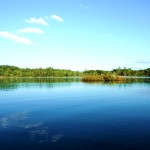 September 25, 2012 Why to meditate
Recent Comments
0 | Leave a Comment
Browse Our Archives
Related posts from On the Way