“What does real, Christ-like, inclusion look like?” This is the question Steve Chalke is asking of his fellow evangelicals and of all of us. What he did yesterday is big.

Chalke is a Baptist megachurch leader in Great Britain. Fellow Patheos blogger Andrew Marin calls him “the most prominent evangelical pastor and personality in the United Kingdom.” (And thanks to Marin for tipping me off to this news.) Chalke has been described as the British equivalent of Rick Warren. He’s unimpeachably evangelical, though he speaks his mind and has been in conflict with the evangelical mainstream before, and he puts a heavy focus on social justice concerns that right-wing Christians don’t usually dwell on. Chalke founded Stop The Traffik, a global coalition of over 1600 charities working against human trafficking.

“Tolerance is not the same as Christ-like love. Christ-like love calls us to go beyond tolerance to want for the other the same respect, freedom, and equality one wants for oneself. We should find ways to formally support and encourage those who are in, or wish to enter into, faithful same-sex partnerships, as well as in their wider role as members of Christ’s body.” — Steve Chalke

Chalke’s social services charity has over 400 employees, and many other churches in Britain have become part of his Oasis organization. He is a special advisor to the United Nations on trafficking, a recipient of the MBE from the queen, and a spiritual advisor to the last two prime ministers. He’s also a strong advocate of religious organizations engaging the public sphere, something conservative Christians agree with wholeheartedly. But not like this!

“The Church has a God given responsibility to include those who have for so long found themselves excluded.” — Chalke

Yesterday, Steve Chalke publicly threw himself and his entire megachurch organization behind same-sex unions, and acceptance of homosexuals generally, insisting his view is compatible with his evangelical faith and scripturally sound. And he’s done it big, releasing a detailed article in the prominent British evangelical magazine, Christianity, an even more detailed version of that article on his church’s website, and an 18-minute video of him looking into the camera and making his case [see below]. Chalke says clearly, forcefully and unequivocally that, very simply, the test of Christian behavior is how Jesus would act, and Jesus always acted in radical acceptance and love.

“I believe that when we treat homosexual people as pariahs and push them outside our communities and churches; when we blame them for who they are; when we deny them our blessing on their commitment to lifelong, faithful relationships, we make them doubt whether they are children of God, made in his image.” — Chalke

Chalke insists that while his move was provoked by current events — the debate over same-sex unions and the attention to bullying — it is overdue and really about “the nature of inclusion.” While the religious leaders of his day practiced exclusion and condemnation, Jesus embraced the outcasts and marginalized and denounced the leaders’ behavior. Chalke says the modern Christian church, including him, has abdicated its responsibility to uphold that standard for years. This is the point from which he wants to begin the conversation.

Chalke  asks: If God would want for every human to experience love and union, how can it make sense to condemn a large chunk of society to being deprived of these things? He takes the question of biblical support head-on. He doesn’t deny that there is nowhere in the Bible where homosexual behavior is approved of, but he takes apart the passages like Romans 1 often cited to condemn it.
“It is the task of all those worldwide who take the Bible’s text seriously and authoritatively to grapple constantly with what it means to recognise our neighbour and to love them as we love ourselves.” — Chalke

And more importantly, he asks how it is that evangelicals happily ignore Paul’s clear direction that women should not dare speak in church, and his counsel to slaves to obey their masters, while clinging to his words debatably about homosexuality. It’s not that times have changed and the church must change with the times, says Chalke, it’s that these things are clearly contrary to Jesus’ teachings and actions and have been set aside based on that test. The same should apply, he says, to shunning gays and lesbians.

None of what Steve Chalke says will be brand new to a Christian thinker who’s been wrestling with these issues for a while — the inconsistent standards, the hypocrisy, the misinterpretation of scripture, the disconnect from the example of Jesus. But what’s significant is that Steve Chalke is saying it. This isn’t quite the equivalent of Rick Warren doing the same in America. The debate here is more toxic. But it’s not that far off.

And even better, Chalke is not saying, “This is now the truth at my church; end of discussion.” He’s inviting a broad conversation, starting from the assertion that the basis of Christian principles is Christ. He wants to bring evangelical public opinion with him, and he’s made a forceful and remarkable start.

I feel both compelled and afraid to write this article. Compelled because, in my understanding, the principles of justice, reconciliation and inclusion sit at the very heart of Jesus’ message. Afraid because I recognise the Bible is understood by many to teach that the practice of homosexuality, in any circumstance, is ‘a grotesque and sinful subversion’, an ‘objective disorder’ or, perhaps slightly more liberally, ‘less than God’s best’.

Some will think that I have strayed from Scripture — that I am no longer an evangelical. I have formed my view, however, not out of any disregard for the Bible’s authority, but by way of grappling with it and, through prayerful reflection, seeking to take it seriously. My prayer, in writing, is therefore to encourage a gracious and mature conversation around an extremely important pastoral and theological issue that impacts the lives of so many people.

I encourage you to watch the 18-minute video (above) and I highly recommend reading the full version of his article here; it’s a thoughtful and impressive wrestling through of all the issues. (The shorter version published in Christianity magazine is here.) And there’s already an “Inclusion Resources” section on his church website. I pray that Steve Chalke is successful in kicking of a serious and gracious discussion about these issues within the evangelical community, and that it spills over to this side of the pond. 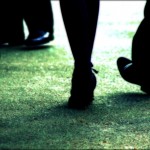 January 15, 2013
7 Questions to Ask Yourself When You're Late
Next Post 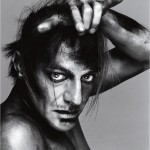 January 18, 2013 Can John Galliano -- in recovery and contrite -- be forgiven?
Recent Comments
0 | Leave a Comment
Browse Our Archives
Follow Us!

The Civil Rights Movement shattered white...
slacktivist
Related posts from On the Way