It seems that every year around this time I’m inspired to write about renewal and fresh starts. That’s not surprising, of course. The vernal equinox and the Persian/Iranian New Year Nowrooz are today (March 20) and, where I live in the American Northeast, the annual cycle of natural rebirth is starting to Spring into high gear. This is the time of Easter and Passover too.

Christianity is full of messages of rebirth, most notably the semi-comical exchange between Jesus and the Pharisee Nicodemus in John 3, from which comes the term “born again.” The whole thing centers on the fact that the Greek word anothen can mean “again” or “from above” depending on context. After Jesus says we must be born again/from above, Nicodemus is confused and says,”How can anyone be born after having grown old? Can one enter a second time into the mother’s womb and be born?” Jesus patiently explains that he doesn’t mean being born again physically, but rather born “of the Spirit.”

Former Intel CEO Andy Grove talks about inflection points. He says much of the harm is done not by wrong decisions but by people’s unwillingness later to backtrack to the inflection point and change direction. Even though they know in their heart they’re on the wrong track, they stick to their course rather than admit error. Yet, Christianity offers us the opportunity to do exactly that — demands it of us! Whether it’s a full blown conversion, an annual renewal along with the rest of the church community at Easter, or an individual act of confession and rededication at any time, Christians have many ways to turn around (con-vert) and get back on the path at any time.

My own life has been shaped by several conversions. My turning from addiction to recovery not only physically saved my life but set me on a new path of growth and harmony. My baptism, after having been raised atheist, was the result of a spiritual conversion that in many ways grew from that earlier “turning.” And my decision to focus my writing on spiritual subjects was another turn.

In a post I wrote about New Year’s commitments, I said that if you were stumbling with a commitment, just dust off and start again. But it’s not just about Lenten or New Years commitments. You can restart a day, a conversation or a relationship. If you realize at lunchtime that you’re in a lousy mood and nothing has gone right that day, take a deep breath, say a prayer, meditate for five minutes or walk around the block, then start your day over again. If you are in a conversation and realize you’ve just lied or exaggerated, simply pause, say “Actually…” and correct yourself. Are you in the midst of gossiping? Just stop and say, “Actually, that’s none of my business.”

If you realize you did something hurtful to another person, apologize. Not later. Now. “If you remember that your brother or sister has something against you, leave your gift there before the altar and go; first be reconciled to your brother or sister.” (Matthew 5:23-24) If the harm done was against you and you’re nursing a resentment, you can start that over again too: “When you are praying, first forgive anyone you are holding a grudge against.” (Mark 11:25) In both cases, Jesus says that to be right with God you need to be right with other people, but he’s also saying that all it takes to make things right is to stop, make a quick course correction, and move on.

This idea of restarting is a powerful and often misunderstood spiritual concept. Those who don’t embrace it sometimes characterize it as cheating — as they see it, being absolved of guilt without punishment is unfair. Prior to the 18th century, prisons and penal colonies were mostly for political criminals and paupers. Jails were for accused criminals until trial, after which they were punished if found guilty. A reform movement, prompted in part by Benjamin Franklin and led by Quakers, said that rather than punish the criminal with whipping or death, we could create the opportunity for them to reflect and repent. The terms “penitentiary” and “correctional facility” are still used today but have lost all meaning. Many Americans howl at any effort to create opportunities for reform among criminals, such as providing education, seeing it as coddling and “rewarding” them. Today’s prisons are really just penal colonies of old, but now we warehouse drug users and petty thieves. How terribly far this is from Jesus’ example of saying to the woman accused of adultery, “Neither do I condemn you. Go your way, and from now on do not sin again.” (John 8:11)

My favorite definition of anothen, which I think comes closest to its dual meaning of “again” and “from above” is “anew.” We can start our life anew; we can start a day anew; we can start a conversation anew. Big and small, at life-changing junctures and in day-to-day interactions, we have the power to begin again by simply surrendering our fixed ways, our habits, resentments, anger and attachments, and choosing instead to follow a new path, to turn around, to convert.

Renewal/rebirth/restarting is at the core of Christianity, and most spiritual paths. But we seem to forget it all the time. This time of year, nature is here to remind us. Just look around.

You can see all my Lent-themed pieces together at patheos.com/blogs/philfoxrose/tag/lent/. Please share that link, or one to my blog, with anyone you think might be interested. Thanks! 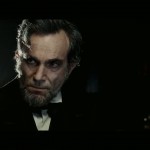 February 23, 2013
Lincoln, a review -- and a reflection on dead history and dull worship
Next Post 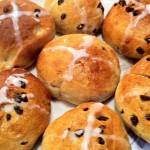 Stop Telling Me about the "Lazy"...
Honest to God
Related posts from On the Way