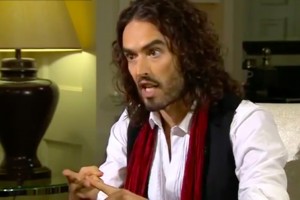 As I have said repeatedly in different forums, Russell Brand is basically my favorite public person on the planet. If Russell Brand were running for office, or starting a political organization in the States, despite the fact that I’d probably disagree with half his preferred policies, I’d vote for him or join it in a second. The fundamental thing about him that excites me — which I believe is rooted in or at least highly complementary with his mystical faith practice — is his insistence on basing his thinking and his dialogue in reality. Not “reason” but reality. Totally different thing. In supposedly rational dialogue, a smart thinker can build a reasoned case for something that seems completely reasonable even though it’s dangerous, absurd, and not actually the way things are. They can achieve this far more easily still if it’s what we want to hear. For example, they might tell us that by recycling the odd soda bottle, we’re solving the waste problem; or that by switching to awful fluorescent lightbulbs, we’re taking a big step towards energy independence. They might tell us a thousand-page law that makes us pay for our own health insurance while carefully protecting all the special interests that have become rich and powerful by ripping off the public for health care in the preceding decades is the best we could do. They love phrases like “carbon footprint” and “green building.”

I have often spoken of the idea that things like recycling are safety valves that keep people complacent, thinking they’re making a difference while it’s really spitting in the wind. And I’m usually attacked for it when I do. I’m told that it’s better people do something than nothing; or that by doing these little things, people are connecting with the bigger concerns and becoming more open to bigger actions down the road. And I do recycle, just for the record, but I’m not so sure. At the very least, we need to do both. Small actions and big projects. But what Brand is saying in this clip, which is what my gut has always told me, is that the small stuff can be harmful when it convinces people that enough is being done about the problem when in reality not even a dent has been made in the bigger real problem. To me, much of this kind of thing falls under the category described by Jesuit priest Anthony de Mello long ago as when people “do things so that they won’t have a bad feeling” rather than out of any sense of oneness with the situation that comes from pure awareness. They want to maintain their consumer lifestyle but not have a bad feeling about the damage it’s causing, so they put a recycling bin in the kitchen.

Those who want to ban guns get a new law passed limiting some specific kind of bullet or a narrow category of semiautomatic weapon to avoid the bad feeling of losing the battle by claiming a meaningless victory. Congresspeople tell their constituents something has been done about the problem. It’s a lie. That’s the reality. Perhaps some believe it themselves, but I think many of them know the truth. Some even do it while secretly telling the gun lobby, “let me give them this little bone so they won’t come after us on big stuff.” It’s all spin. It’s all about how to look capable while not doing the hard stuff. Some of it’s hard for the elected official or activist because it requires going those who fund them. Some of it is hard because it’s asking people to do something costly or uncomfortable.

Of course, politicians have always told people what they want to hear while taking care of their own interests, but every once in a while the disconnect between politicians’ words and actions, along with the massive economic disparity, gets to a point where everyone can see things are not working. Now seems to be emerging as one of those times. It started a few decades back with the Greens and Ross Perot. Those movements failed to reach critical mass, but continued simmering while things in Washington got way worse, and now, with the Tea Party and Occupy, with both parties in Washington seeming more out of touch with the people than usual, we may be approaching a shift.

If you haven’t already seen it, watch this clip of Russell Brand on a BBC talk show, describing the state of politics. It’s about 10 minutes. I’m excited when I listen to Russell Brand here, and pray he’s right. I think he is. Not, as I said, about every solution he offers, but about the hunger people have for a reality-based conversation on where we are as a society and what needs to be done. I don’t care what your political bent is; I’m interested in your take on his diagnosis, not his prescription. What do you think? 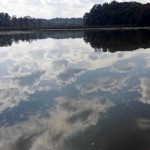 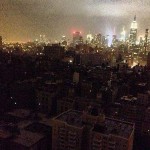 October 29, 2013 Hurricane Sandy, the relative nature of suffering, and the fragility of urban community
Recent Comments
1 Comment | Leave a Comment
Browse Our Archives
Related posts from On the Way