Morning Report, September 3rd: "Trigger" to a Snowe Job, Another Palin-Bashing Party, the Best Military Reporter Ever?, Giving the Finger to Opponents, First Lady from Venus, and the Rove-Daschle Clash of '09

Morning Report, September 3rd: "Trigger" to a Snowe Job, Another Palin-Bashing Party, the Best Military Reporter Ever?, Giving the Finger to Opponents, First Lady from Venus, and the Rove-Daschle Clash of '09 September 3, 2009 Timothy Dalrymple

One Christian’s perspective on the day’s news.

1.  BIGGEST NEWS ITEM OF THE DAY: Happy Birthday to my beloved Joyce.

2.  FORECASTING SNOWE.  The health care reform saga takes another turn, or at least another trial balloon is being floated.  Talk emerges from the White House that the Obama camp and Olympia Snowe, Republican of Maine, are working on a compromise in which a government option is realized only if other reforms amongst private insurers fail to meet certain targets.  The idea is ostensibly this.  If costs can be made sufficiently low through free-market mechanisms, then wonderful.  If they cannot, if costs are still too high after a certain amount of time has elapsed, then this “triggers” the institution of a government option.

In theory, this is an excellent idea, and something I (and many others, of course) have advocated as a reasonable compromise.  I like the way it asks both parties to be true to their convictions.  Both parties want lowered costs, and, therefore, more accessible coverage for the poor.  If Democrats are truly interested only in increasing choices and competition and lowering costs (i.e., if they do not mean this as a first step toward the socialization of health care), then they should be satisfied if those goals can be met through private market means.  If Republicans are truly convinced that free market mechanisms are sufficient to lower costs and make coverage more accessible, then they should accept a test of this sort.

The devil is in the details.  Conservatives do believe that free market mechanisms are sufficient to lower costs, but the health-care market, even today, is not a free market.  It is radically regulated and constrained by the state, and will only become moreso under the new reform bills.  It is not only a question, given current rates, of whether private insurers can provide a reasonably reduced rate; it is a question of whether private insurers can do so with the added constraints and requirements and regulation entailed in the rest of the health-care reform bill.  Let’s imagine that the average low-cost insurance plan today costs X.  It may seem reasonable under present circumstances to ask private insurers to develop plans that cost 0.8X.  Yet present circumstances will change under the new regime, in ways that no one presently can understand in full.  The free market of private insurers might be able to do it (look at some promising new approaches here).  But they might not, through no fault of their own.

Essentially: the absence of a government option does not a free market make, and absent a truly free market it may prove impossible for private insurers to offer plans at sufficiently low rates.  Thus this would not constitute a true “test” of whether the free market is sufficient when it comes to health care, because the market will remain unfree even if the government option is removed.  Also, if one is concerned about the government gaming the system in order to institute a government plan, it is not sufficient to agree upon a target rate and establish a non-partisan arbiter to determine whether the target has been met.  This is because the government, by altering a single regulation or requirement or mandate, can force insurance companies over the target.  It is partly a question of good faith, then, and neither party presently is inclined to trust in the good faith of the other.

If the signals coming out of the White House are confusing, perhaps it’s because they’re confused.  Ezra Klein reports on divisions within the White House on where to go with health-care reform.

3.  Regular readers of this blog will know that I have mixed feelings regarding Sarah Palin, but that I cannot stand the way in which the mainstream media has abandoned all journalistic standards in its quest to mock and vilify her.  Now comes another hit piece from Vanity Fair, excerpts of which can be found here.  The piece is based entirely on the say-so of Levi Johnston, formerly the boyfriend of Bristol Palin, Sarah’s eldest daughter.  Since when have daughter’s ex-boyfriends become reliable sources?  Yet no attempt is made to verify Johnston’s claims, nor even to compare the present claims with previous ones (which they blatantly contradict).

4.  By far the best reporter on the Iraq and Afghanistan conflicts has not been employed by any of the major news organizations.  He is rather a citizen-reporter, funded by those who contribute through his website because they value what he offers.  His name is Michael Yon, and if you have never read his material, you are in for a treat.  Ed Morrisey of Hot Air interviews Michael Yon by phone, and it’s worth hearing.  Check it out.

5.  In the midst of this contentious health-care reform debate, surely many on one side have given the finger to many on the other.  This is the only case of which I know, however, in which a man on one side took the finger of a man on the other side.  At a MoveOn.org rally, a supporter of Obama’s proposed reforms was “walking through” (just walking through?) the anti-reform group when an “altercation” began.  Who knows how the fight started, or who was at fault; probably both.  What we do know is that the pro-Obamacare fellow bit off the little finger of a 65 year old man who was protesting against Obama’s reform.  The older man picked up his finger and walked to a nearby hospital for treatment.

7.  A vile commercial, exploiting the 9/11 tragedy, for a pro-environment group.  It’s safe for work; it’s just morally obtuse and in unbelievably bad taste.

I’m not opposed to showing the planes crashing into the towers (this is an animation, obviously), if the purpose is to remind Americans of the men, women and children who were slain on that day.  I do mind if it is cynically exploited, not to mention minimized, for other purposes, even if those purposes in themselves are worthwhile.  Also, what happened on 9/11 was not a “tragedy” on a par with environmental disasters.  Speaking of it as a tragedy or disaster removes the agency involved.  It was a murderous act, an attack–and, like the killing of Archduke Ferdinand, its detrimental consequences cannot be measured, much less compared to natural disasters, in terms of the number of lives lost.

8.  Tim Pawlenty clearly intends to run for the Republican nomination for President.  Yet does he have the charisma and the keen intelligence that will be required to defeat Obama.  Call me skeptical.

9.  Nine out of ten Americans say the country is still in a recession.  Why is this news?  Got me.

10.  Apparently Japan’s rising First Lady was abducted by aliens and taken to Venus.  Some might see this as a negative, but I say good for her.  We could use a little interplanetary perspective right now.  And why couldn’t the aliens have taken her to Uranus?  The jokes would practically write themselves.  She also claims to have met a previous incarnation of Tom Cruise in a previous life.  I wonder if his thetan count, or midichlorian count or whatever it is, was as high back then as it is now.  Anyway, we can all rejoice that we will have a more entertaining First Lady of Japan than we have in quite some time.

11.  International rumblings.  Remember, Obama’s deadline for Iran’s response to his overtures is in a few days.  And the V-word is, inevitably, spoken: Afghanistan, says one author, is looking like Vietnam.  For a countervailing opinion, two highly respected Washington journalists explain why Afghanistan is not Vietnam.

12.  Column of the Day: the award goes to Michael Barone, who explains that the “facts on the ground” with regard to immigration, and underlying the immigration reform debate, have changed.  The most salient fact to change: there is no longer a flood of immigrants.  Barone gets the prize for turning out attention to a new topic (anyone else feeling health-care burnout?) but also for reexamining old positions in light of new facts.

13.  Today’s Two-Sides comes from two major political players.  Karl Rove, writing (obviously) for the Right, contends that Obama is selling a more radical health-care reform than America really needs.  Tom Daschle, writing (obviously) from the Left, and (it should be noted) in the employ interested parties, provides a different perspective. 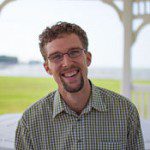