Is the High Rate of Black Support for Obama a Sign of Racism?

I’ve been wondering when we would have a serious conversation about the astronomically high approval rates amongst African-Americans for Barack Obama, and what those rates mean. Today there comes a poll, helpfully featured at Drudge, that may provoke precisely that conversation.

I will offer a few more thoughts on these results tomorrow, particularly:

What are we to make of this? Many of the commenters responding to the Gallup poll are contending that such a approval rate amongst blacks show that blacks are “racist” in their support of Obama — blacks are judging him, to borrow a phrase, according to “the color of his skin” and not “the content of his character.” There may be something to this contention, but the picture is complicated.  There are two challenges here.

The first challenge is differentiating the extent to which black voters are supporting Obama because they generally support liberal Democrats, and the extent to which they are supporting him because he is black. After all, blacks are, overwhelmingly, Democrats. The percentage of blacks who identify as Republican is generally in the single digits (a Pew study in 2004 indicated 7%).

One way to measure the effect of race in black support of Obama is to compare it with black support of Bill Clinton.  Throughout the Clinton Presidency, his job approval rating amongst blacks averaged 81%, and remained around 90% in the final three years of his presidency.

So even here, black approval of President Clinton — who, by the way, was white — was extremely high. The vast majority of African-American support for Obama, then, can be explained without reference to his race. Furthermore, in the years since the Clinton administration, the African-American public has been treated to the constant refrain that Republicans and Republican policies are racist.

Still, there is a difference between an average of 81% and what has remained above 90% for most of Obama’s presidency. So there is still some remainder that needs explaining.

This brings us to the second challenge: establishing a baseline. (Forget the first challenge for a moment; we’ll put the two together later.) We can’t simply say that black support for President Obama is 55% higher than it should be, because that would establish the white percentage as “the norm.” Perhaps the black approval rating is “the norm,” and what needs explaining is the amazingly low percentage of white supporters? Perhaps it is whites whose low support is racist? One might say that we should simply take the national average as the norm, but there are far more whites in America than blacks, so that would not be much better than taking the white percentage as the norm. So, what do we do?

There are good reasons to take the American average as something far closer to the norm than the black rate of approval. First, and most obviously, support for candidates in America is generally closer to 50% than 90%. This brings us to very revealing measures: (1) comparing the differential between black support and white support between Clinton and Obama and (2) comparing the difference between the historic high and the present measure of support for Obama.

For Bill Clinton, the differential between white and black support remained stable at roughly 30% throughout his presidency (75% to 45%, or 85% to 55%, etc.) — which pales in comparison to the 55% difference between white and black support of Obama. Obama’s 55% difference here between black and white support is, as far as I can tell, unprecedented, and does require explanation. Moreover, the difference between high and low is interesting:

Black approval did once reach down to 88%, for a range of 7%, but regardless, it has remained remarkably stable — one might say impervious to events — while white and hispanic support has declined precipitously, and by just about exactly the same amount. Since Hispanic approval has fallen just as steeply as white approval, there is good reason to believe that a steep decline is more “the norm” given the events of the past two years, whereas the persistence of extremely high black support is outside the norm.

How do we put this all together? Three thoughts:

(1) The general black preference for Democratic politicians and policies explains a large portion of the difference between black approval and white approval. We certainly are not justified in saying that 91% of blacks approve of the President because he is black. Most blacks would approve of the President even if he were not black, because he is a Democrat and he promotes the policies they believe will serve them best.

But there does seem to be a “remainder” – over and above the support that a generic Democratic President could expect. This is especially suggested by the resilience of black support for Obama. It’s been a tough, tough year for Americans in general. Support amongst whites and Hispanics has fallen dramatically (although it’s still above 50% for Hispanics). What seems most plausible to me is that race served to add a few percentage points of support for Obama amongst blacks, but served even more powerfully to strengthen black support of Obama. In other words, many blacks would have supported him anyway, even if he were white — but they may not have stood by his side quite this long.

(2) Yet people (especially whites) should be careful about ascribing the high rate of support, or even the strength of support, to “racism.”  Surely some blacks support Obama not because he is a black President but because he is the first black President. His was a historic election, and it’s understandable that African-Americans would feel deeply invested in the Obama presidency and its success. There may well be some fear: will white people vote for another black President if this one is seen as a failure? Don’t we want a supremely successful Obama presidency, so we can show that a black President is just as good as (or even better than) a white President? I think such concerns would be overblown — I think Americans would judge future black candidates on their own merits, not according to the performance of Barack Obama — but I also find them perfectly understandable.

Now, let me qualify that statement quickly. I never doubted whether Obama, as a black, could be elected President. I figured that his race would be a net positive – that more Americans would rather (all other things being equal) vote for a black candidate than would rather vote against one. And studies conducted after the election showed this was so. Also, I have fought tooth and nail against those who have sought to portray the Tea Party and conservatives in general as racist. They are not.

If I were to hazard a guess, I would say that roughly 5% of whites oppose Obama solely or primarily because of his race, and roughly 10% of blacks support Obama partly because he is black and partly because he is the first black President. And here’s the rub…I can’t really blame them. If my own race had been enslaved and oppressed in this country for centuries, and a member of my race had just won the presidency for the first time, and I had dreamed and struggled to see this presidency come to pass, I might stand behind that candidate to the bitter end as well.

As a conservative, I believe that conservatives should do a much better job of explaining why their policies are in the best interest of all classes and races. But I don’t think we stand to gain anything by arguing that many blacks support Obama simply because of his race. This is not a winning argument. Presumably there are some blacks who support Obama because of the color of his skin. But when you look at the numbers, they are smaller than you might expect. It’s difficult for whites to put themselves in blacks’ shoes and judge how they should behave toward the first black President, and conservatives and Republicans will surely not win the favor of the African-American community by accusing them of racism.

Evangelical
Out of Africa 6: Looking Homeward and Inward
Philosophical Fragments 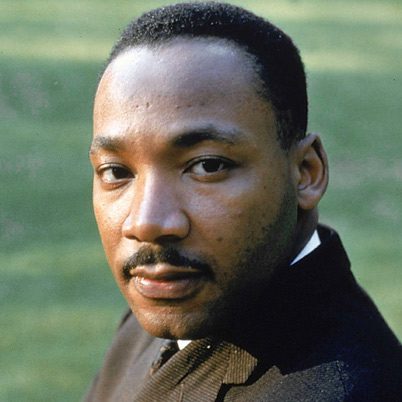 Evangelical
How the Beloved Community Can Heal Communities
Philosophical Fragments