How the Beloved Community Can Heal Communities

Editor’s Note: As I was traveling this week, I’m especially grateful for a few guest posts. The below is from Rev. Samuel Atchison, who supervised my work in prison chaplaincy for about three years (first as a seminary internship, and then in a volunteer capacity). He wrote a piece appropriate for MLK Day, so I apologize for publishing this late.

“The Spirit of the Lord is upon me; because the Lord has anointed me to preach good news to the poor.  He has sent me to bind up the brokenhearted, to proclaim freedom for the captives and release from darkness for the prisoners, to proclaim the year of the Lord’s favor and the day of vengeance of our God…” 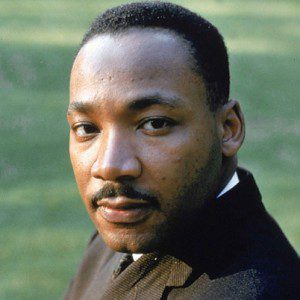 In evangelical terms (though King was not an evangelical), the Beloved Community is a community of the Redeemed (because without redemption we remain stuck in our own pain) through whom God affects healing to our community.  To borrow a phrase from my friend, the late George Gallup, Jr., the Beloved Community is made up of “the saints among us.”  For Gallup, the saints among us are those for whom the reality of God in their lives has an impact for good in the lives of those around them.

Thus we come to the text in Isaiah 61 where the prophet, because of the presence of God in his life, is able to speak healing to his generation.  What is interesting about Isaiah’s situation is that he is speaking at a time when the leaders of his nation were living ungodly lives and were thus making ungodly policy decisions that had a negative impact on the nation.

Isaiah’s prophecies thus reflected divine chastisement, for as we say in the black church, “God don’t like ugly.”  Sin, as the Scriptures make clear, is a stumbling block to any people.  Yet even in the midst of chastisement, God gives a vision of hope for the future: “The Spirit of the Lord is upon me; because he has anointed me to preach good news to the poor…to proclaim freedom for the captives and release from darkness for the prisoners, to proclaim [both] the year of the Lord’s favor and the day of vengeance of our God.”  In other words, though chastisement is necessary, an end to the suffering is in the offing.

How then can we make the reality of God in our lives affect healing in the lives of others?  How can the Beloved Community become a healing community?

In my hometown of Trenton, NJ, a group of us have been wrestling with this issue.  In recent months, an uptick in violent crime – much of it gang-related – has led to a near-record number of murders and set the city on edge.

Our group, made up of a coterie of pastors and laypeople from area churches, quickly came to the conclusion that we, as members of the faith community, had to have an effective response to this problem.  After all, many of the perpetrators and victims of these crimes were in some way connected with our congregations.  Moreover, research has shown that the faith community, when engaged, can have a tremendous impact on a broad range of dysfunctional and even criminal behaviors.

Thus, through a seed grant provided by the Philadelphia Leadership Foundation as part of a national project called – ironically – “Healing Communities,” we conducted a four-week series of workshops that examined the church’s role in addressing such issues of crime, incarceration, prisoner re-entry and victimization.

Among those who attended the workshop series were former criminal offenders, the families and friends of crime victims, the parents of current gang members, several local pastors, and a senior prison official.  The dialogue between this eclectic mix of people proved both enlightening and cathartic, as they shared information, personal stories and tears.

To be sure, the violence hasn’t stopped – yet – but the conversation has begun to change.  Perhaps that’s where healing begins — where the Beloved Community, the community of the redeemed, opens its arms to those the world considers unredeemable, and invites us all to an open table where we can see one another as human beings deserving of grace and truth.

January 24, 2013
Surprise! Evangelical Efforts Against Sex-Trafficking are "Colonialist"!
Next Post