Editor’s Note: Erik Campano has been conducting a series of interviews for Patheos around the issue of human trafficking. I’ll publish more of those soon. One particularly provocative interview was published over at the News and Politics Channel, of Yvonne Zimmerman. Zimmerman is quite critical of evangelical anti-trafficking efforts, in part because they focus on those who are trafficked for sex instead of those who are trafficked for labor, and in part because they apparently assume a (presumably oppressive) evangelical understanding of sex and sexuality. You see, removing women (or in most cases, little girls) from situations in which they are raped, often violently, many times a day, unfairly assumes that they do not want to be raped over and over every day. Apparently they might enjoy it, or at least prefer it to the lifestyle these rescue ministries provide for them.

While I do think that the free will of those who have been abducted should be respected, for obvious reasons, (1) I would ask the young ladies more because they should understand the risks (for themselves and sometimes also for their loved ones) involved in a rescue, not because they might be perfectly fine with their lifestyle, (2) sometimes their free will has been so stomped upon (think Stockholm syndrome, or think of 13-year-old girls who are forced onto drugs in order to increase their dependency on their captors) that they’re neither able nor willing to make a mature and well informed decision, and (3) sometimes the practical circumstances may not allow for a calm conversation about the pros and cons while the slavers and pimps bring some mint tea and join the chat. I would think that rescuing the 99 who are desperate to leave would outweigh the occasional 1 (if there is a one) who truly prefers to stay. Moreover, evangelicals are committed to rescuing the sex-trafficked not because they disapprove of the sex workers’ activities but because they feel compassion for the little girls (and sometimes boys) who are raped for profit. To call this “colonialism” in another form may make for a passing dissertation but honestly it’s the kind of nonsense I fled academia to escape. In any case, I asked John Mark Reynolds if he might respond to the interview — and he did so with his usual puckish charm:

Proving the dictum that no Evangelical deed goes uncriticized in academic circles, the leadership of people like Louie Giglio in the modern abolition movement is worrying people who are in no danger of being slaves. Of course, Evangelicals were leaders and the foot soldiers, dying in their thousands, in the previous American war against slavery and were criticized for that too.

Abolitionist motives and sanity are always questioned, especially religious abolitionists. Slavers accused us of bad religion and madness. Worst still, we were “unsubtle.” Evangelical abolitionists in the nineteenth century, you see, kept ignoring the economic side of slavery and so missed the “complexity” of the issue. Now we are accused of having bad motives for our abolitionism based on our bad religion or in thinking that spiritual health matters as much as physical well being.

We are opposed to sex for sale and so hate forced prostitution disproportionally. We ignore economic slavery, because of our closet libertarianism. We are too much Rand and not randy enough, for these critics, and yet Evangelicals overwhelming know that Rand is rotten and I have never yet met a puritanical Puritan.

It is true that voluntary labor for what seems low wages to me disturbs me less than the concentration camp labor in atheist China and North Korea. I refuse to conflate voluntary labor with slavery — even if I think factory owners should pay their workers more. Scrooge is bad, but Simon Lagree is worse.

Conflation of the two was a tactic of slavers in the nineteenth century — “Northern factories are worse than our plantations for people!” — but now of those who use opposition to human trafficking to justify further expansion of statism globally. Strictly speaking, there is no such thing as “wage slavery” if a man or woman can leave. Of course, if a system is rigged so “you owe your soul to the company store” then it is bad, but that a different bad than slavery.

But yes, our motives probably are mixed as motives generally are. It is true, I know it is true, that thousands of the boys in blue who died to end slavery had mixed motives. Examine the Iron Brigade that died in hundreds and racist views would crop up. Even Mr. Lincoln had mixed motives for becoming the Great Emancipator.

In his campaigns for president, he used Sunday School lessons and sermons to motivate his Evangelical base, though Lincoln wasn’t much of church-goer: the hypocrite (I jest). We read thousands of copies of Uncle Tom’s Cabin and cried over fiction more than the advertisements for actual slave trades.

And yet, bad motives and all, we died “to make men free,” because “He died to make men holy.” The man or woman who does good deeds with bad intentions hollows out morality, but does not destroy it. I think liberal religion is neither liberal nor much of a religion, but when a person joins the good work of abolition I do not question motives.

Intent matters, but it does not matter as much to the slaves, the sex workers, and the unborn as freedom, dignity, and life. God and a person’s priest can question the reasons we fight for justice, but I will not.

I oppose all sex outside of marriage between a man and a woman as immoral. I view human dignity as grounded in the Image of God found in each person.

Those are two of my motives for opposing sex trafficking and slavery. One view is found offensive and the other false by the majority of academics. The prostitute delivered from slavery, fed, and sent to school by Evangelicals will be able to criticize us later if she pleases in learned papers.

I doubt she does. 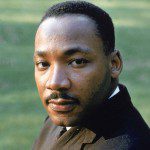