The Good of Believing In God

Atheism might be in vogue, but it — for sure — hasn’t helped history as much as Christianity.  Believing in God is not only among the most reasonable ideas in history; it is among its most helpful.

It is all too easy to look around the modern world and conclude that there is no place for the Church. The educational system is pervasively liberal, the media jumps at the chance to shame an odd-thinking church, and atheist organizations have long pushed into the public consciousness the idea that belief in God is illogical, a fantasy or a crutch for those too weak-minded to deal with the harsh realities of life, and that Christianity as a whole has done more harm than good to the world. But ever since its inception millennia ago, Christianity has contributed more to the world at large than any other ideology. When Christianity thrives, the culture and the world thrive as well. So what has Christianity contributed to the world, and what does it still have to give?

Although atheists might concede that there is no transcendent meaning to life, they are more than willing to take advantage of modern medical know-how to maintain their meaningless existence for as long as possible. And that medical knowledge is due in large part to the efforts of the Church. For centuries, the Christian call to serve and minister to the poor has resulted in the establishment of thousands of hospitals, shelters, and aid societies. According to an article by the Royal Historical Society of Great Britain, the earliest hospitals in Europe were as much religious as medical communities, and care of the sick was provided by nuns and monks who had dedicated their lives to the service of God1. And though the post-Enlightenment emphasis on logic and science edged the Christian motivation to the background of some medical research, the fact remains that there would be no foundation to build on without the efforts of the Church.

Christianity has also been at the historical forefront of education. Oxford, Cambridge, Harvard, Yale; all of these famous centers of learning were established by clergy for furthering the study of Scripture, theology, and Church history. These major universities have since been responsible for centuries of breakthroughs in the studies of science, literature, history, and, yes, religion. And though these organizations have largely turned away from their Christian origins, those origins are there nonetheless. You would have to chisel the Bible verses out of the stone facades of their buildings to believe otherwise.

And Christianity was also the impetus for much that has made the United States the most generous nation in history. Almost every good thing the U.S. has ever done draws directly from its Christian roots; the cause that led a ragtag group of farmers, artisans, and preachers to take on the most powerful empire the world had ever known, and win. A government built on the principles of Christianity protected the God-given rights of its people and the good of the world at large. Governments built on atheist principles, on the other hand, have led to the deaths of millions of Jews in the Holocaust, the oppression of religious groups by the likes of Stalin and Mao, and the kind of pervasive corruption and vice that only happens in a system where morality is considered relative.

Of course, whenever the contributions of Christianity to mankind are mentioned, someone is sure to bring up the Crusades as an unanswerable argument for the destructive influence of the Church in history. But while there is no denying that the deaths of those in the Crusades were a tragedy with an estimated death toll ranging from 1 to 3 million people, the death toll of tragedies involving atheist tyrants is far, far higher. The Holocaust, a tragedy motivated primarily by the atheist Nazi regime, had an estimated death toll ranging from 4 to 17 million, depending on which source you consult. Estimated deaths of the Soviet government range from 8 to 61 million.2 This is certainly not to justify the atrocities committed in the name of Christianity, merely to put things in perspective.  While awful as well, bad religion has been far less harmful than bad atheism.

Pope Benedict XVI, in a speech in Edinburgh in 2010, put it this way: “As we reflect on the sobering lessons of the atheist extremism of the twentieth century, let us never forget how the exclusion of God, religion and virtue from public life leads ultimately to a truncated vision of man and of society.”3

Today, the consequences of Christianity are affecting people all over the world, from the reconciliation of genocide survivors and genocide perpetrators in Rwanda to nearly every homeless shelter in the United States. Millions of dollars of charitable funds are donated by churches every year toward humanitarian ends like eradicating poverty, finding cures for diseases like malaria and cancer, and providing clean water and employment to those without it. Atheism can make no comparable claims.

When Christianity influences culture, it leads to a reverence for human life, a desire to alleviate suffering, and the improvement of physical conditions for people all over the world. It means the freedom to express opinions, seek truth, and follow the leading of one’s conscience. These guarantees make life especially worthwhile, and the world is better because of it. Period. 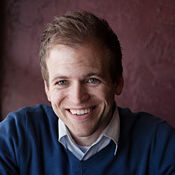 Johnnie Moore is a author, pastor, advisor, professor of religion, and vice president of the more than 100,000-student, Liberty University – the largest Christian university in the world. Follow him on Twitter: @johnniem 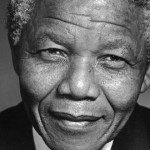