The Disintegration of the American Elite

I’m preparing a post on the conditions afflicting the American elite class.  A couple days ago I pointed to a few pieces from Paul Krugman and Walter Russell Mead.  I’m especially pondering these words:

We have had financial scandals before and we have had waves of corporate crime.  We have had pirates and robber barons.  But we have never seen a collapse of ordinary morality in the corporate suites on the scale of the last twenty years.  We have never seen naked money grubbing among our politicians akin to the way some recent figures in both parties have cashed in.  Human nature hasn’t changed, but a kind of moral grade inflation has set in and key segments of the American Establishment are increasingly accepting the unacceptable as OK.  Investment banks betray their clients; robo-signers essentially forge mortgage documents day after day and month after month; insider traders are lionized.   Free markets actually require a certain basic level of honesty to work; if we can’t be more honest than this neither our markets nor we ourselves will remain free for very long.

Many problems troubling America today are rooted in the poor performance of our elite educational institutions, the moral and social collapse of our ‘best’ families and the culture of narcissism and entitlement that has transformed the American elite into a flabby minded, strategically inept and morally confused parody of itself.  Probably the best depiction of our elite in popular culture is the petulantly narcissistic Prince Charming in Shrek 2; our educational institutions are like the Fairy Godmother, weaving shoddy, cheap, feel-good illusions into a gossamer tissue of flattering lies.

Because the idea of an elite makes Americans nervous, and because American culture likes to blur class and power realities rather than highlight them, we don’t have much of a national conversation about the state of our elite and about how to improve it.  That’s a mistake — and it is one of the reasons our elites are performing so poorly.  The United States actually needs a healthy and far-sighted elite, and that means we need to look at the subject head on… 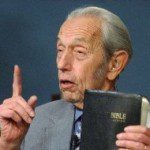