A Letter to Harold Camping and Those Who Expected Judgment Day

[Note: Many thanks to those who have shared this letter.  Thanks to Ed, Dillon, Collin, and others who’ve posted links so far.  Please consider connecting with me on Facebook or Twitter, and please see the UPDATE at the end.]

When people say, “It’s not the end of the world,” they usually mean those words to be comforting.  Yet those words will not be comforting to you.  Not today.  That the Day of the Lord did not arrive when you had expected it to arrive will be a source of profound disappointment, of embarrassment, and perhaps — now or in the days to come — of disillusionment with your faith.

You were wrong.  Let’s face that fact.  You were confidently wrong.  You believed with all the fervency of a hopeful heart, a heart that longed to see God and longed to see the day when suffering would cease and justice would reign and the truth of God would be made known.  When people mocked you for what you believed, you thought to yourself, Just wait and you’ll see.  Today I will be thought a fool for Christ; tomorrow the world will see that we were right.

Harold Camping, the 89-year-old founder of the Family Radio Network, used his broadcast empire, two thousand billboards and a flood of tracts and posters to warn the world that Judgment Day would arrive on May 21. He expected earthquakes that would spread across the world; two percent of the world’s population would be raptured to heaven while the rest would be left behind for tribulations.  You believed it.  You kept in prayer throughout the day, you shared important words with your loved ones, and you waited eagerly for the news you were sure would come.  Yet the earth never shook.  This day was just like so many other Saturdays before it.  The sun rose, the sun fell, and the world kept turning.

Now, some of you may be wondering: What happened?  Did God change his mind?  What if Mr Camping was just a day or two off?  Perhaps the Gregorian calendar has not been perfectly kept, or perhaps Christ was crucified a day later than Mr Camping had suspected, and so perhaps we have not yet reached 722,500 days since Golgotha?  If you’re asking yourself these things, this letter is not for you — yet.  But I hope you’ll bear it in mind and return when you’re ready.  Because, my brother, my sister, I think we’ll all still be here a week from now, a month from now, a year from now.

This letter is more for those who are wondering: How did this happen?  Why was I deceived?  Why did God allow me, when I sought the truth in prayer, to believe this and go into the cities and distribute flyers and tell my loved ones that they should prepare for the Day of Judgment?  How do I face the mockers now?  And how do I know that my faith as a whole is not a falsehood as well?  When I once went about with my youth group or college group or small group and proclaimed the gospel, and told people earnestly that Christ had died for them and that they should receive God’s gracious offer before the end — was believing that and pronouncing that any different than believing and pronouncing that May 21st was Judgment Day?  What if it’s all just a silly story, and I’m a fool to believe it?

Tonight the Rapture Parties will go on.  The atheists will gloat, the mockers will mock.  Yet there’s nothing funny about this for you.  You are broken and crestfallen, left abandoned in the ruins of unfulfilled expectations, among them the very highest expectations a human can have — the hope of union with God, the hope of a world made new, the hope that every tear will be wiped away.  You are left disoriented.  You were so sure of this.  People you love and respect — perhaps your parents, your pastor, your mentor, your brother and sister — may have believed it too.  You do not feel relieved that the end of the world did not arrive.  You are not rid of this world yet, so all of its weight fell back upon your shoulders.

So let’s reflect on this together.  First, what can be affirmed? What were you right to feel and to believe?

Second, what can be learned? What might you learn from this experience?  I would suggest, in humility, five things:

When you want to believe something, and someone you respect tells you to believe something, and everyone around you also believes and wants to believe the same thing, those are extraordinarily powerful forces.  I wish that you had not believed in the May 21st prediction, because I fear that it damaged the credibility of Christians in the eyes of some.  But I see no reason now to belabor that point.  Rather, I hope you have grace with yourselves.  Those forces operate not only in religious groups.  They operate in political movements, activist groups, even in enclaves within scientific communities.  In fact, when your friendly neighborhood atheist mocks you for what you believed, you can point him or her to scientific evidence that atheists in general are more gullible.

And you know what?  God has a way of using even our mistakes.  Perhaps your expectation of the imminent return of Christ helped you assess your life, remember what’s important, reconcile with your brother or your sister, take refuge in God’s gracious provision for sin in the work of Jesus Christ, and pray with great fervency that you have lived a life worthy of the gospel.  If you did all these things, then perhaps you should not regret that you were wrong about the whence.

UPDATE: The response to this letter has been heartening.  Among the critical responses, however, about half have said that I should have been harder on Harold Camping himself.  Honestly, the letter was written for those who followed Camping’s teachings, but I added “Harold Camping and…” into the title at the last moment.  (You’ll note the letter never really addresses him.)  That said, I think the commenters have a point.  The consequences of Camping’s false teaching have been, for many families, devastating.  Fellow believers need, lovingly but firmly, to encourage him to confess his error, seek forgiveness, and seek most of all to make amends.  To the extent that he is able to use his resources to help families recover from the wreckage his teaching has wrought, I hope and pray that he will.  In any case, there will be a time to call for accountability from Harold Camping.  It seemed to me, however, and still does seem to me, that now is a time rather to reach out lovingly to those who were misled by him.

I have a few other comments in this most recent post, as well.

May 20, 2011
The Disintegration of the American Elite
Next Post 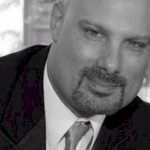