Yesterday I posted the first part of my interview with Frank Viola about his new book, coauthored with Leonard Sweet, called Jesus: A Theography. Frank blogs for Patheos, and the book has received a strongly positive response. Interested readers can get a free copy of Frank’s next book by going here, and they can learn more about Jesus: A Theography here. 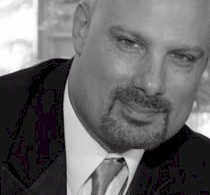 The life of Jesus, as you say, encompasses not only those 33 years or so of his earthly life and ministry but all of time and space, and indeed stands even outside time and space. So Genesis 1 and 2, whatever else they might say regarding the creation, tell us something about God’s Logos and God’s redemptive plan. Tell us a bit of what you have to say on Genesis 1 and 2?

We dedicate two long chapters to unearthing the shadows contained in Genesis 1 and 2 and their fulfillment in Christ. Here’s a very brief snapshot of some of the points we unravel and expound in the book:

We begin the book before time (where the Son’s story begins) and we conclude the book when time ends (where the Son’s story is consummated). Thus we explore and revisit the second coming of Christ and the whole matter of eschatology. NT scholar Craig Keener read the entire manuscript before we published it and made the remark that the chapter on the second coming was his favorite. We take dead aim at a few popular theories on the return of Jesus and put them to rest in a way that’s subtle yet effective.

In short, the “end of time” will look very similar to “before time.” In the beginning, God was All. In the end, He will be All in All. And Christ will fill all things, as Paul says in Ephesians. The two bookends of the Bible – Genesis 1 & 2 and Revelation 21 & 22 – tell the breathtaking story. We unravel the themes in those four chapters and trace them throughout the OT and NT. This makes for an epic saga of God’s ultimate intention to get us back to the Garden and fulfill the timeless purpose for which we were created. It is what Paul calls “the eternal purpose,” which is the grand narrative of the entire Bible. And I’ve treated that in detail in another volume called From Eternity to Here.

Evangelical
Is the Church a Family Anymore?
Philosophical Fragments
TRENDING AT PATHEOS Evangelical