The Lessons of Eddie Long

From my recent Religion Notebook in World Magazine:

Eight months ago, New Birth Missionary Baptist Church of Lithonia, Ga., was one of the largest and most dynamic megachurches in the nation. The church and its multiple ministries provided the local poor with food, shelter, transportation, and financial assistance. It delivered munificence and missionaries around the world. In 2010 alone, the church claims that its worldwide mission support reached 172 countries. And the church was most renowned for its unique and charismatic pastor, Bishop Eddie Long, who wrote best-selling books on everything from relationships and biblical manhood to sanctification and self-help. His television program on the Trinity Broadcast Network was said to reach 270 million people worldwide.

Yes, many called him a peddler of the prosperity gospel, a false shepherd seeking only to fleece the flock. Yes, it took some explaining why Long wore muscle-shirts in the pulpit, or outfits that looked like Star Trek uniforms, as well as why he drove a Bentley and lived in a mansion on 20 acres of land. Eyebrows were raised when Long received, as the Atlanta Journal-Constitution reported, millions of dollars in salary in 1997-2000 from the nonprofits under the umbrella of the church. And Long hardly sounded humble when he told a pesky AJC reporter, “I’m not going to apologize for anything. We are not just a church, we’re an international corporation. . . . I deal with the White House. I deal with Tony Blair. I deal with presidents around this world. I pastor a multimillion-dollar congregation.”

Yet none of these things substantially harmed church attendance. What finally slowed down the New Birth dynamo were allegations, first aired in September 2010, that Bishop Long took young men on his various travels and sought to coerce them into sexual acts.

You can read the rest at World Magazine.  The conclusion runs thus:

We may never know for certain whether Eddie Long was guilty of these charges. Yet the perception of guilt will remain, in part because Long stands in the tradition of prosperity gospel televangelists who grew massive ministries, lavishly indulged themselves, and began to think they could justify anything to their followers. The same qualities that make for successful pastors or politicians—personal magnetism, powers of empathy, and ego—can lead them into temptation and scandals, often with initially small steps. 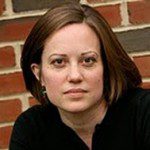